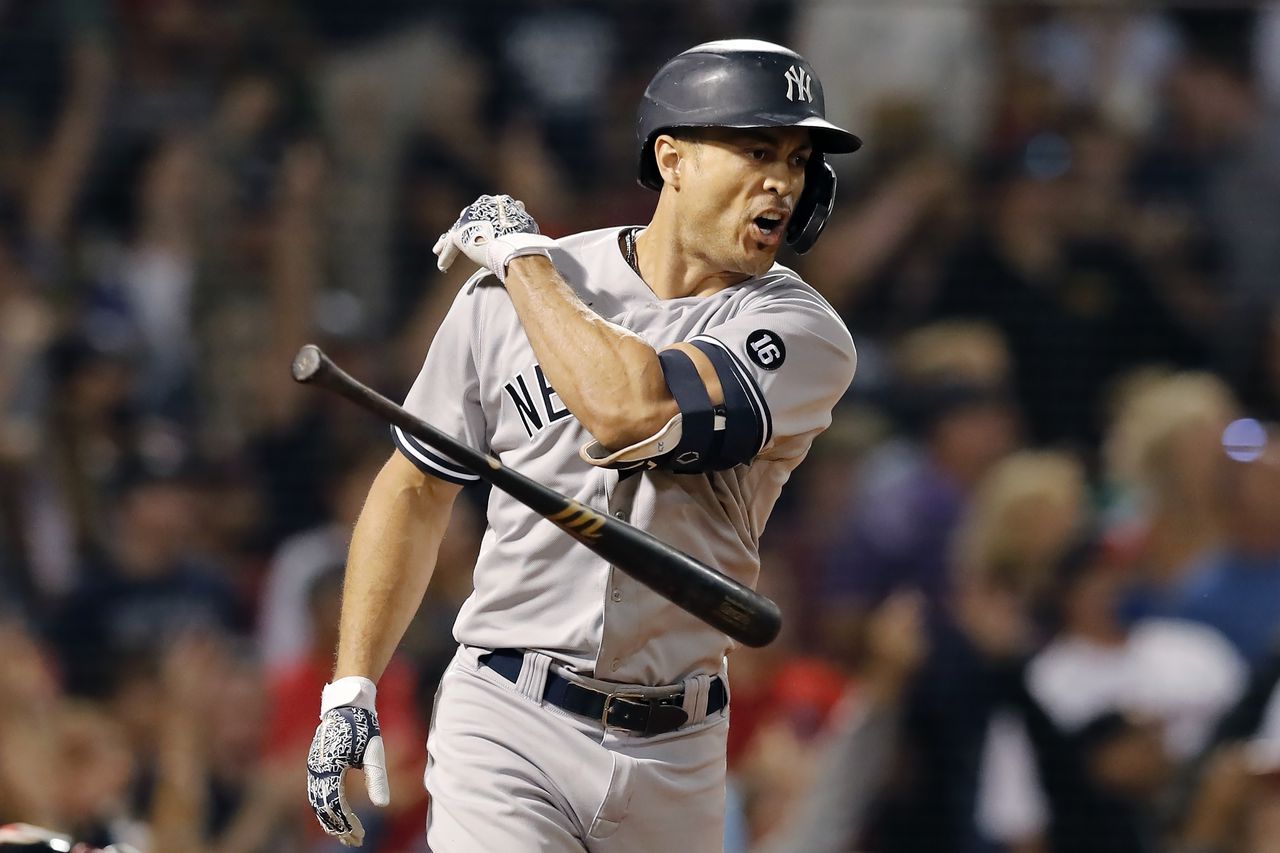 Giancarlo Stanton, who hit three homers during the Yankees’ sweep of the Red Sox over the weekend, has been named the American League Player of the Week.

Each of Stanton’s three homers at Fenway Park served as back-breakers as the Yanks overtook the Sox for the top Wild Card spot heading into the final week of the regular season.

Stanton’s three homers and 10 RBI in the weekend sweep of Boston made him the fourth Yankees player to reach those totals in any three-game span against the Red Sox, with Stanton joining Mickey Mantle (1954), Lou Gehrig (1931), and Babe Ruth (1927).g