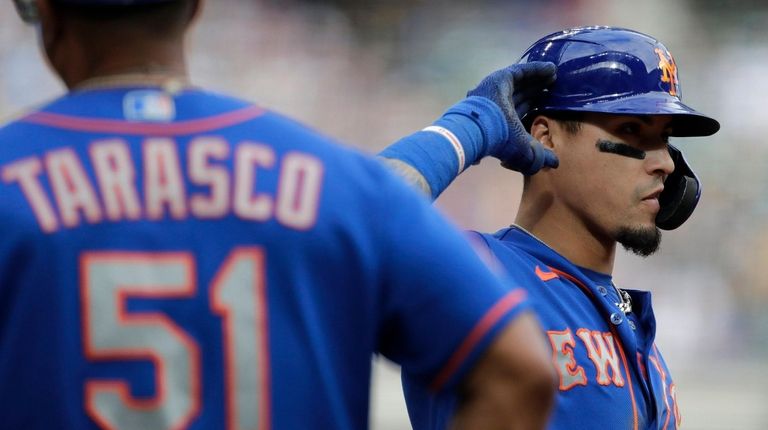 A day after their own playoff hopes were extinguished, the Mets watched as the Brewers locked down the NL Central Division title by knocking off New York, 8-4, on Sunday afternoon at American Family Field.

“It hurts, just because of the way we played,” manager Luis Rojas said.

The way the Mets played in the series finale was not unlike the way they’ve played over the last two months, as they’ve tumbled from the top of the NL East to missing the postseason for a fifth straight season.

There was a rough opening inning by Carlos Carrasco, then a quick burst of offense that got the Mets back into the game, followed by a back-breaking string of late defensive lapses that ultimately sealed a fifth consecutive loss and New York’s 10th in its last 11 games.

The Mets got off to a promising start, as Francisco Lindor provided an early lead when he tagged Brewers right-hander Freddy Peralta for a solo home run with one out in the opening inning.

But the lead didn’t last. Carrasco walked Milwaukee’s leadoff batter, Kolten Wong, before leaving a 1-1 slider over the middle of the plate to Willy Adames, who connected for his 24th home run of the season and put the Mets behind, 2-1.