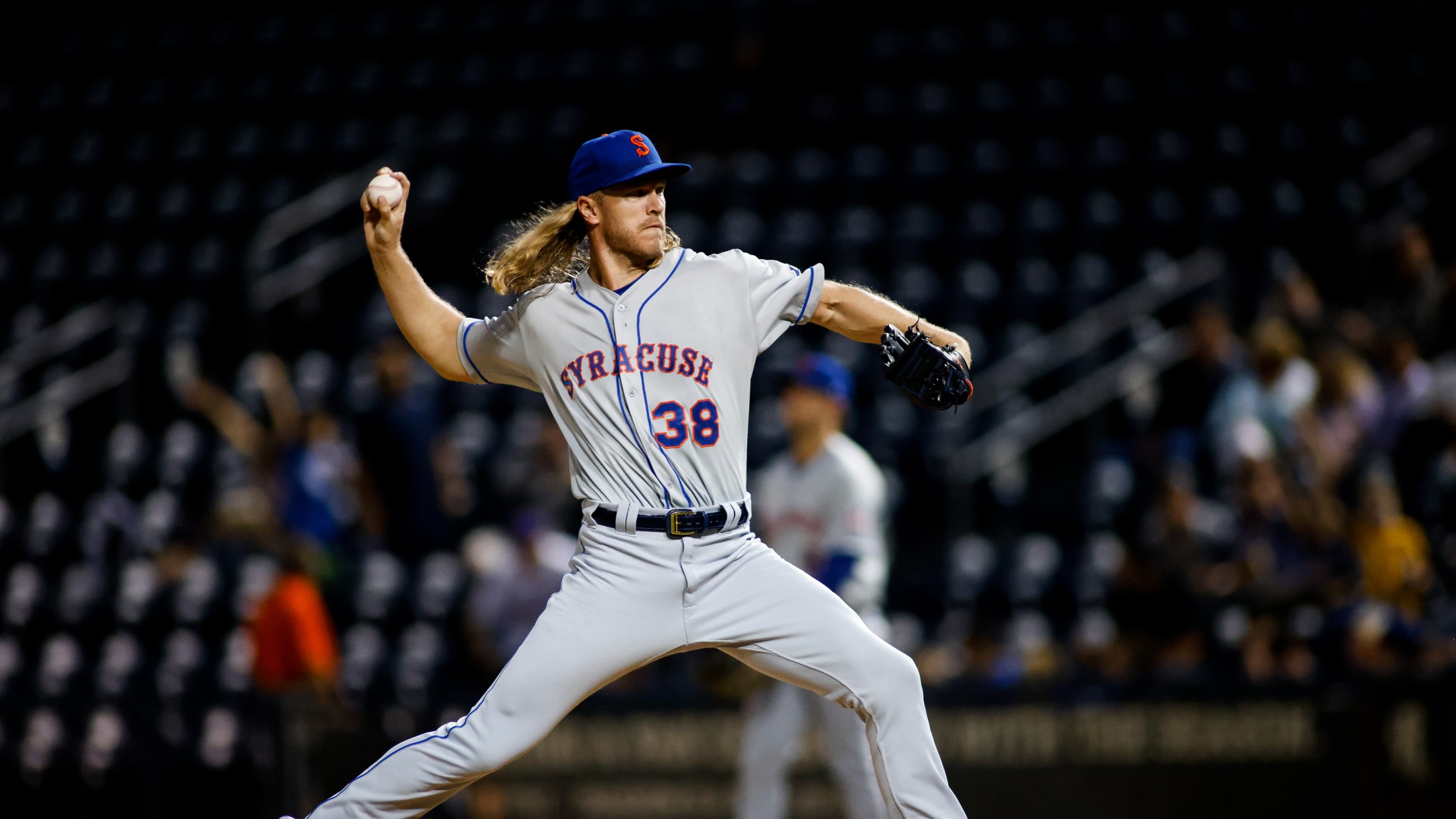 Wednesday night’s game between the Syracuse Mets and the Scranton/Wilkes-Barre RailRiders has been suspended because of a power outage at PNC Field with two outs in the top of the fifth inning with the RailRiders leading the Mets, 4-2. The lights on the left side of the ballpark went out once at the end of the fourth inning and again with two outs in the top of the fifth. The game is scheduled to resume on Thursday at 5:05 p.m. with all nine innings to be played. Thursday’s scheduled game will be played as a seven-inning game after the conclusion of the first game. Mets starting pitcher Noah Syndergaard pitched a 1-2-3 inning in his one scheduled inning of a Major League rehab assignment.

Syracuse (47-69-1) struck first with a run in the top of the first inning. After Albert Almora Jr. hit a leadoff single, Mark Vientos and Khalil Lee both flied out. With two outs, Brandon Drury doubled to right-center field to score Almora Jr. and give Syracuse a 1-0 lead.

The Mets added to their advantage In the top of the second. Chase Sisco and Wilfredo Tovar led off with singles. David Thompson then grounded out, but Sisco and Tovar moved to second and third base on the play. Drew Jackson followed with a groundout to third base, scoring Sisco and giving the Mets a 2-0 edge.

The RailRiders came all the way back in the bottom of the fourth. With two outs, Cabera singled with nobody on base. Then, LaMarre hit a go-ahead, two-run home run to give Scranton/Wilkes-Barre a 3-2 lead. Allen followed with a single, and then with Rob Brantly at the plate, Allen stole second base and then third base. Brantly then hit an RBI double to extend the Scranton/Wilkes-Barre lead to two, 4-2.