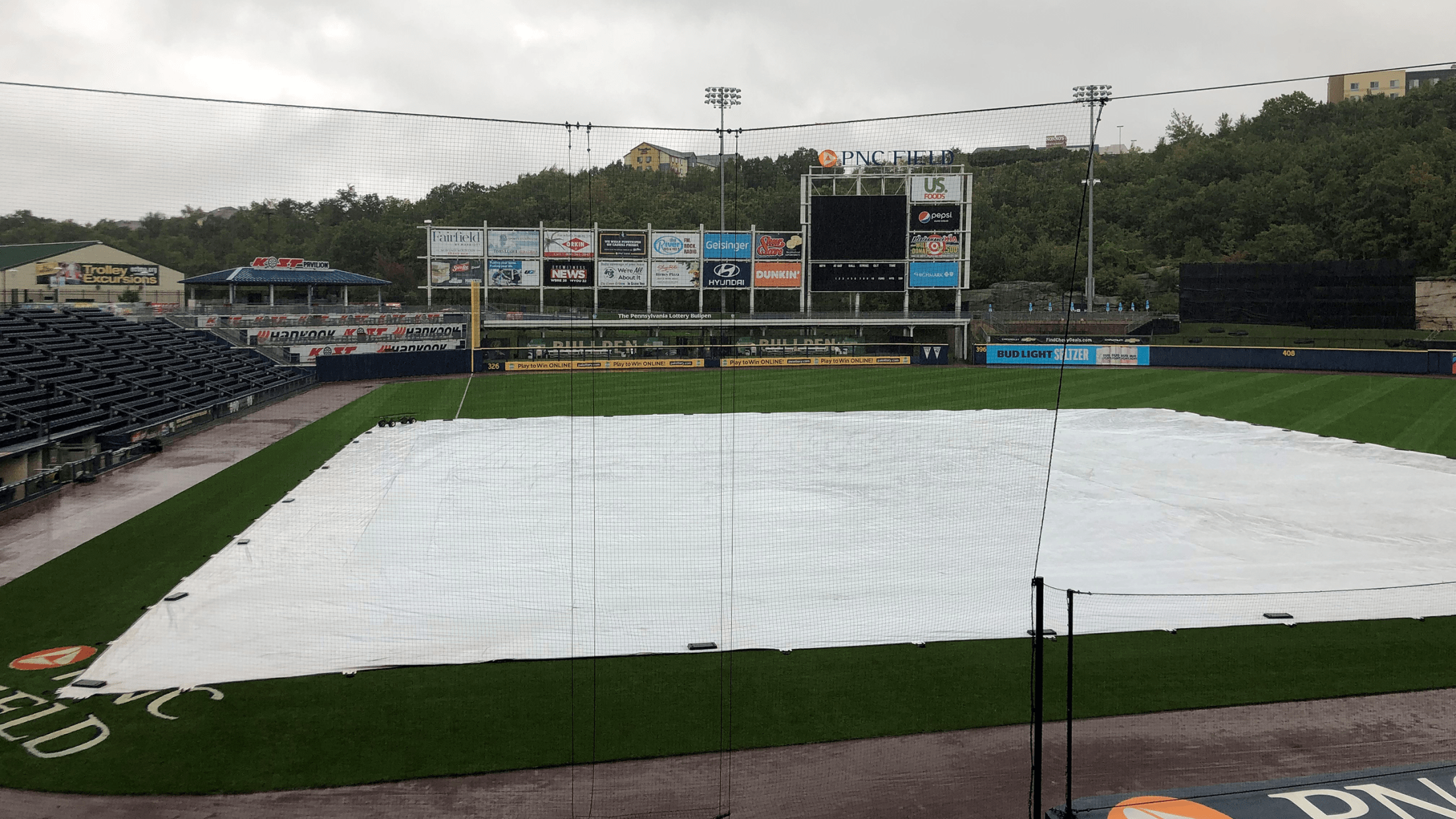 Thursday’s scheduled doubleheader between the Syracuse Mets and the Scranton/Wilkes-Barre RailRiders at PNC Field has been postponed because of rain. The suspended game from Wednesday night will be made up as part of a doubleheader on Friday with the suspended game being resumed at 5:05 p.m. with two outs in the top of the fifth inning and going nine innings. The second game will be seven innings and begin approximately 30 minutes after the conclusion of game one.

Thursday’s originally scheduled game will be made up as part of a doubleheader on Saturday with first pitch of game one scheduled for 2:05 p.m. The second game of the doubleheader will start approximately 30 minutes after the conclusion of the first game.

The updated schedule for the series at PNC Field in Moosic, PA is as follows: