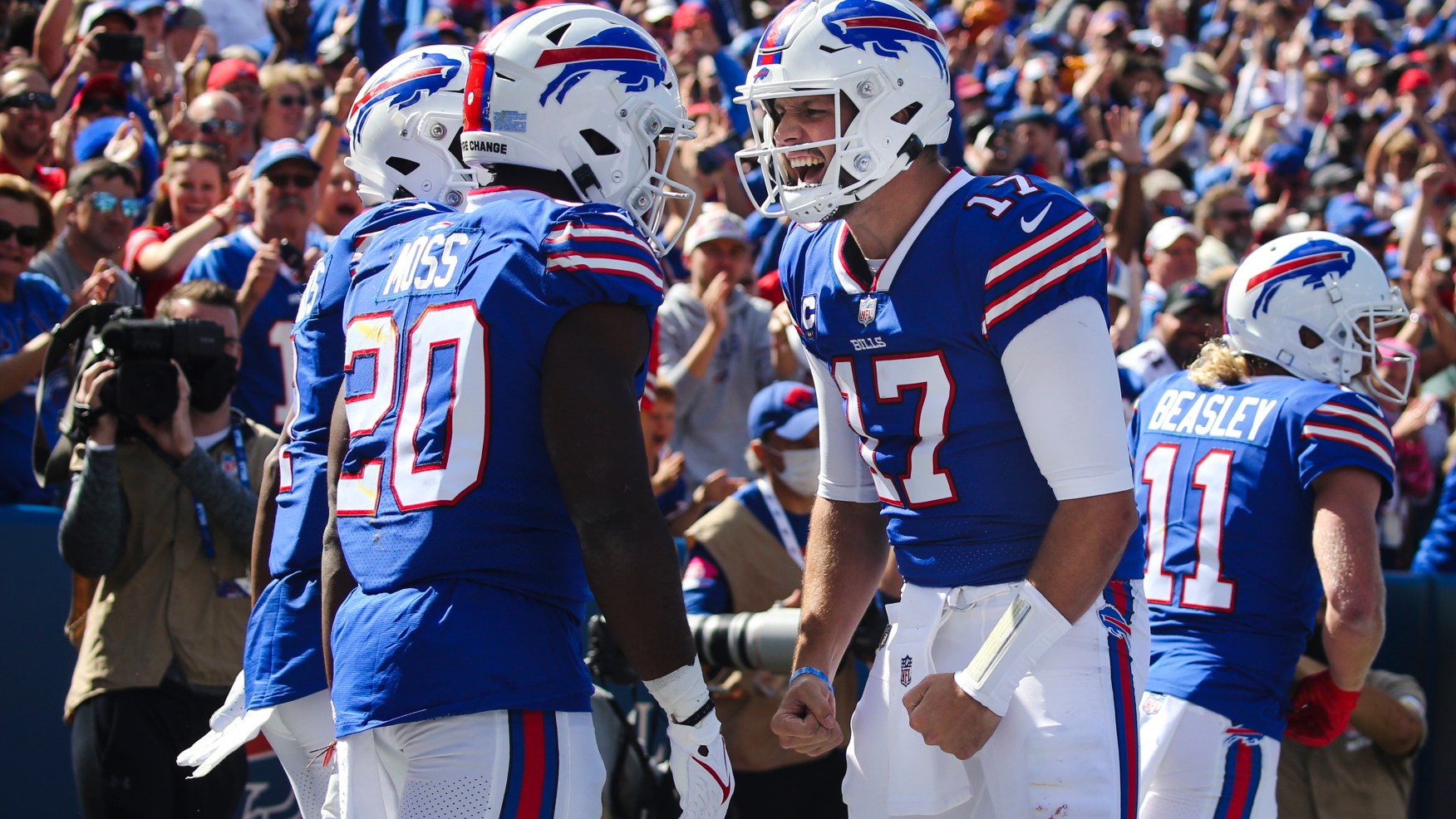 The Buffalo Bills won their second game in a row, a 43-21 blowout victory over the Washington Football Team.

With a lot of talk of the power of the Washington defensive front coming into the game, the Bills offensive line stood up to the test and did not allow a single sack on Josh Allen throughout the game.

Thanks to the protection from his O-line, Allen left no doubt in Sunday’s performance, finishing 32 of 43 for 358 yards with four touchdowns through the air and one rushing TD in the win.

After Allen tossed two interceptions against the Dolphins last week, the Bills did not turn the ball over at all, and instead the Buffalo defense forced a fumble and caught two Taylor Heinicke picks to win the turnover battle.

With Sunday’s win, the Bills have outscored their opponents 78-21 over the last two weeks.

This @BuffaloBills duo was feeling it today. 💯 #HaveADay@BuffaloBills | #BillsMafia pic.twitter.com/hUwcwit0Db

The Bills have outscored their opponents 78-21 over the last 2 weeks. pic.twitter.com/Tv7fRS5ayl

Per Elias, Allen joins Patrick Mahomes (9), Dan Marino (9), Andrew Luck (6) and Kurt Warner (6) as the only players with 5+ such games in their first four seasons. pic.twitter.com/yftDfpH1kl

Emmanuel Sanders, have a day pic.twitter.com/liC50gUoVz

The Buffalo Bills crushed the Miami Dolphins 35-0 in a dominating effort that served as a rebound game. They will look to build upon their Week 2 win in south Florida by shutting down Antonio Gibson and the Washington Football Team in Week 3.

Buffalo is 9-6 all-time against Washington. In their eight meetings since the Bills lost to Washington in Super Bowl XXVI, the Bills have won seven of those games. The lone loss came in 2015 when Washington defeated Buffalo 35-25. The average margin of victory in those seven Buffalo wins is 13.5 points.

The Buffalo Bills and the Washington Football Team last met in Week 9 of the 2019 season. The Bills handled Washington 24-9 to improve to 6-2 on the season. Buffalo’s defense stifled rookie Dwayne Haskins, who was making his first career start. The Bills held Haskins to just 144 yards through the air and sacked him four times.