Wednesday afternoon, a state historical marker will be dedicated at Lafayette Park in Waterloo.

The Finger Lakes Times reports the marker will be dedicated at the site where French Major General Lafayette stopped in Waterloo in 1825 as he traveled from Syracuse to Rochester on a farewell tour at the invitation of President James Monroe and the United States Congress. Lafayette had aided the American revolution as a 19-year-old French soldier.

Similar makers have been dedicated at 90 locations Lafayette visited during his farewell tour. The Waterloo marker also commemorates the death of Captain Jehiel Parsons of Waterloo, who was killed when a swivel gun announcing Lafayette’s arrival exploded.

The 3 p.m. ceremonies will be open to the public. 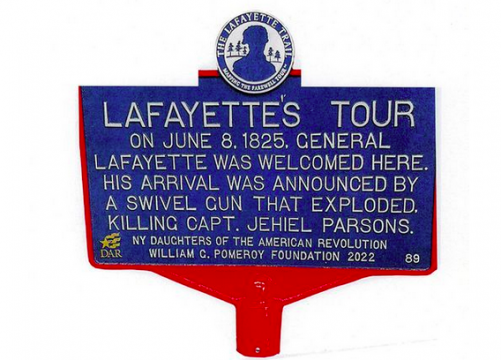