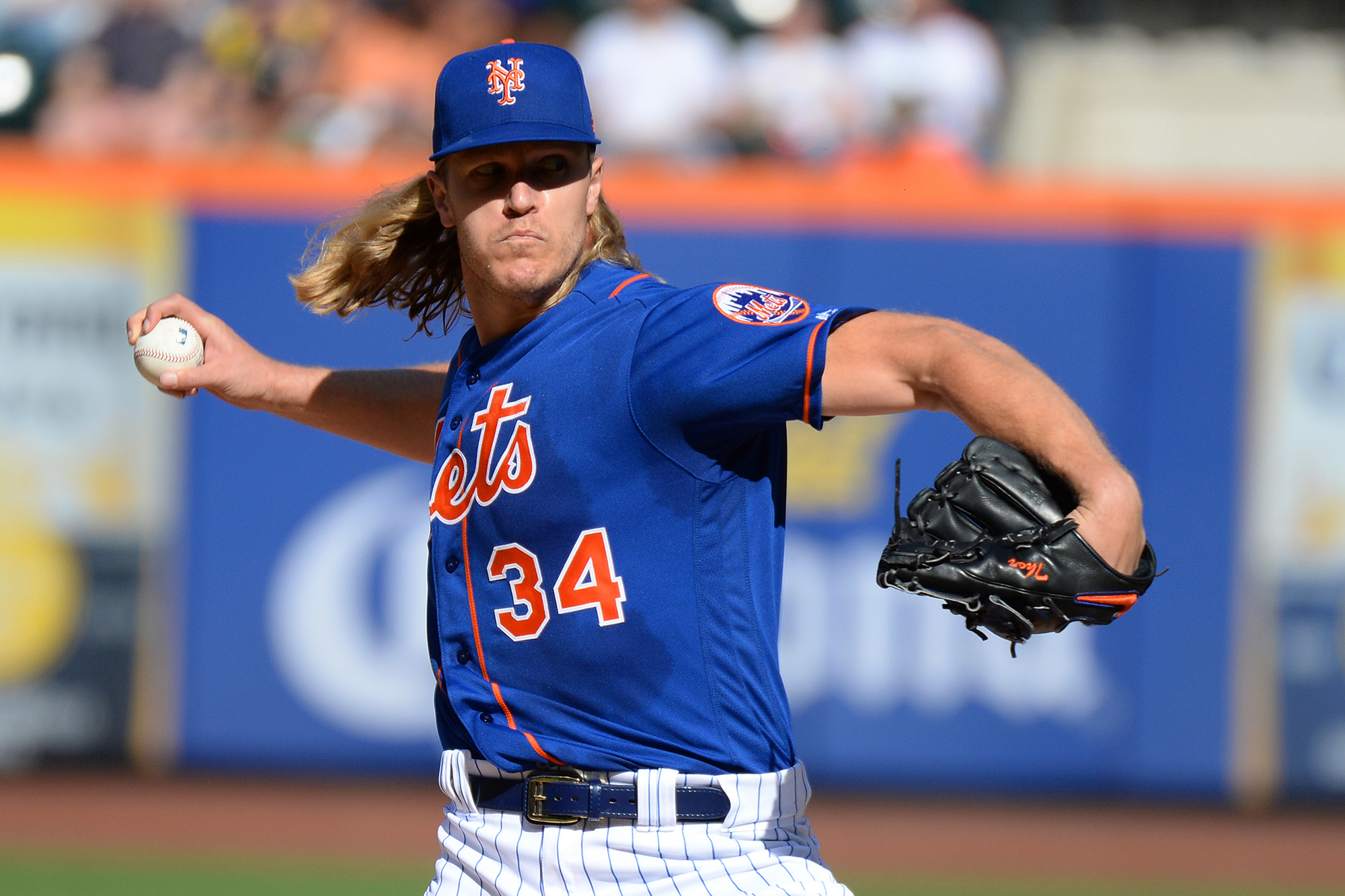 The New York Mets are once again sending right-hander Noah Syndergaard on a minor league rehab assignment. Syndergaard, who has been out since having Tommy John surgery last spring, will pitch for the team’s Triple-A affiliate in Syracuse on Wednesday, reports MLB.com’s Anthony DiComo. The Mets will figure out the next step after that.

Syndergaard has been shut down from a rehab assignment twice this season. He experienced elbow inflammation in May and had to be shut down six weeks, then he tested positive for COVID-19 last month while on another rehab assignment. Syndergaard has since been cleared to rejoin the team, and he threw 15-20 pitches in a live batting practice session earlier this week.

I don’t have (a decision on the next step) right now because that will be the conversation on knowing what type of adrenaline rush he will have in a big league game versus probably a little bit more control pitching in a rehab assignment where he’s still feeling for his stuff. And he’s gradually progressing still, getting to us. So balancing that, and knowing what’s going to be best for Noah’s health is probably what’s going to lead to that. But I’m looking forward to that conversation and of course Noah needs to be in there. He’s the one that felt how he felt today, and I thought he felt really good and he gave really good feedback.

If Syndergaard does make it back to the Mets this year, he will pitch out of the bullpen. That was plan before COVID interrupted his previous rehab stint and the calendar makes it necessary. There’s no way Syndergaard could get stretched out to even 50 pitches at this point. There isn’t enough time left in the season to prepare to start, so a reliever he will be in 2021.

The Mets are out of the postseason race at this point — they come into Tuesday six games back in the NL East and 7 1/2 games back in the wild card race — so Syndergaard returning to throw a few innings won’t save their season. He will become a free agent after the season, however, and a short little late September showcase could help his free agent stock, as long as he’s healthy.

Either way, Syndergaard is almost certainly looking at a one-year “prove yourself” contract after missing just about all of the last two seasons. He seems like a strong candidate to accept the qualifying offer (a one year deal in the $20 million range) should the Mets make it. That would give him a high salary one-year deal and a chance to rebuild stock before testing the market next winter.

Syndergaard, 29, had a 4.28 ERA with 202 strikeouts in 197 2/3 innings in 2019, the last time he was healthy enough to pitch. His ulnar collateral ligament gave out last spring, prior to the pandemic shut down. Chris Sale and Luis Severino, two other pitchers who had Tommy John surgery around the same time as Syndergaard, have since returned to their teams.