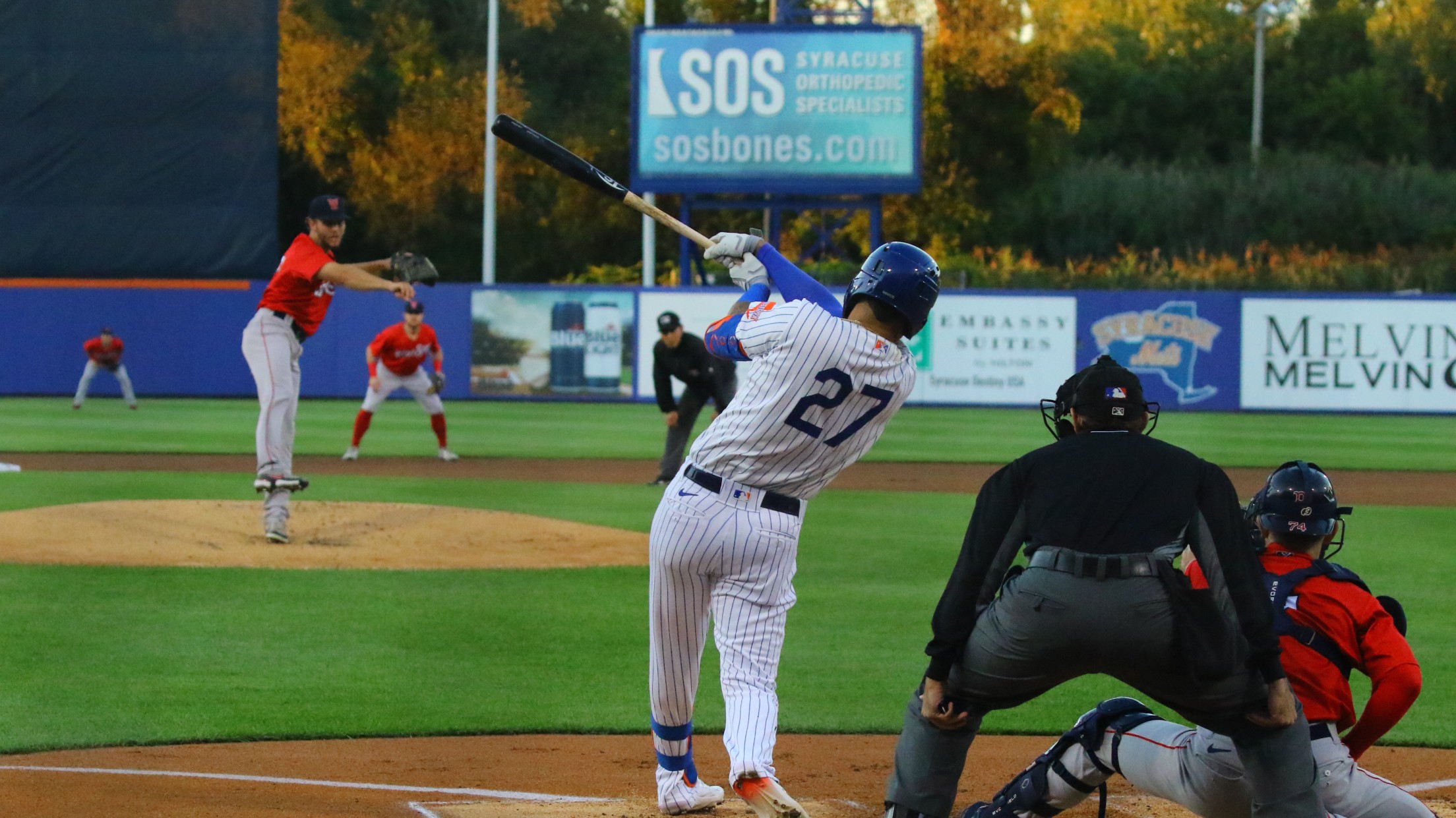 In just his second game with Syracuse, Mark Vientos put together a 3-for-3 performance with his first Triple-A home run, finishing a triple shy of the cycle, to help lead the Syracuse Mets to a convincing 7-1 win over the Worcester Red Sox on Friday night at NBT Bank Stadium. In the victory, the Mets smashed a season-high five home runs to take a 2-1 lead in the five-game series against the Red Sox.

Syracuse (46-68-1) got on the board in the bottom of the third inning. Mark Vientos hit a two-out double, and then Khalil Lee followed with his 12th home run of the season to put the Mets in front, 2-0.

Worcester (65-51) cut into the Syracuse lead in the top of the fifth inning. The frame started with a Jeter Downs solo home run, his second of the series, to make it 2-1 with the Mets still in front.

Syracuse responded quickly in the bottom of the fifth with a Drew Jackson solo home run to put Syracuse ahead by two again, 3-1.

Mets starting pitcher Josh Walker put together a solid start on the mound, going five innings, allowing one run on two hits while walking two batters and striking out seven. Reliever Sean Reid-Foley followed Walker, striking out the side in the sixth inning in his Major League rehab appearance.

In the bottom of the sixth, Cheslor Cuthbert hit a two-out triple. Jackson then delivered again, this time with an RBI double to make it a 4-1 advantage for Syracuse.

The Mets added another run in the bottom of the seventh when Vientos smashed his first career Triple-A home run to put Syracuse up 5-1.

The Triple-A Mets kept it going in the eighth when Cuthbert and Patrick Mazeika hit back-to-back solo home runs to give Syracuse its largest lead of the game, 7-1.

The Mets and Red Sox return to NBT Bank Stadium on Saturday night for the fourth game of the five-game series. First pitch is set for 6:35 p.m.