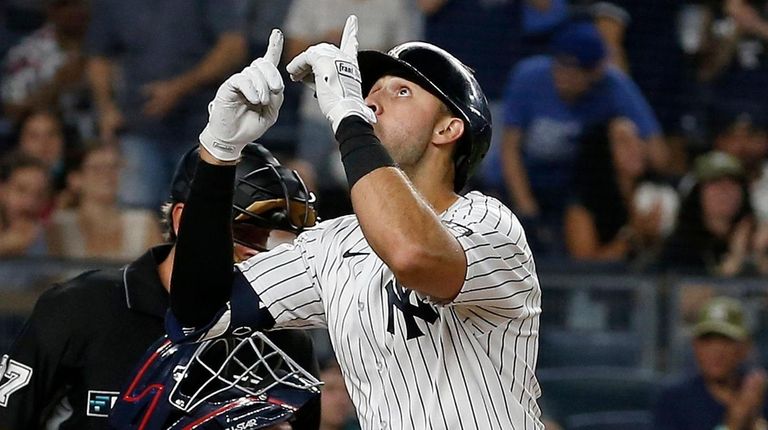 Corey Kluber rolled back the clock with six scoreless innings to best his former team as the Yankees defeated the Indians, 8-0, on Monday evening at Yankee Stadium.

Joey Gallo went deep twice, while Aaron Judge and Giancarlo Stanton homered in support of Kluber, who faced Cleveland for the first time in his career. A two-time American League Cy Young Award winner, Kluber helped pitch the Indians to four postseason appearances over nine seasons in Cleveland, including a World Series.

The right-hander’s performance came as the Yankees continue to jockey for postseason position, embroiled in a tight race for the AL Wild Card. New York opened the evening a half-game behind the Blue Jays and the Red Sox.

The Yanks knocked right-hander Zach Plesac for five runs and seven hits over six-plus innings. Gallo launched his 36th home run of the season in the second inning, Gallo’s 11th as a Yankee. Judge added his team-leading 35th homer in the fourth.

Gio Urshela chased Plesac with a run-scoring single in the seventh. Brett Gardner broke the game open with a three-run homer in the seventh off Nick Wittgren.

Stanton hit a one-out homer in the eighth, and two pitches later, Gallo bashed his 37th homer of the season.