Mets get swept by Cardinals as playoff hopes take another hit 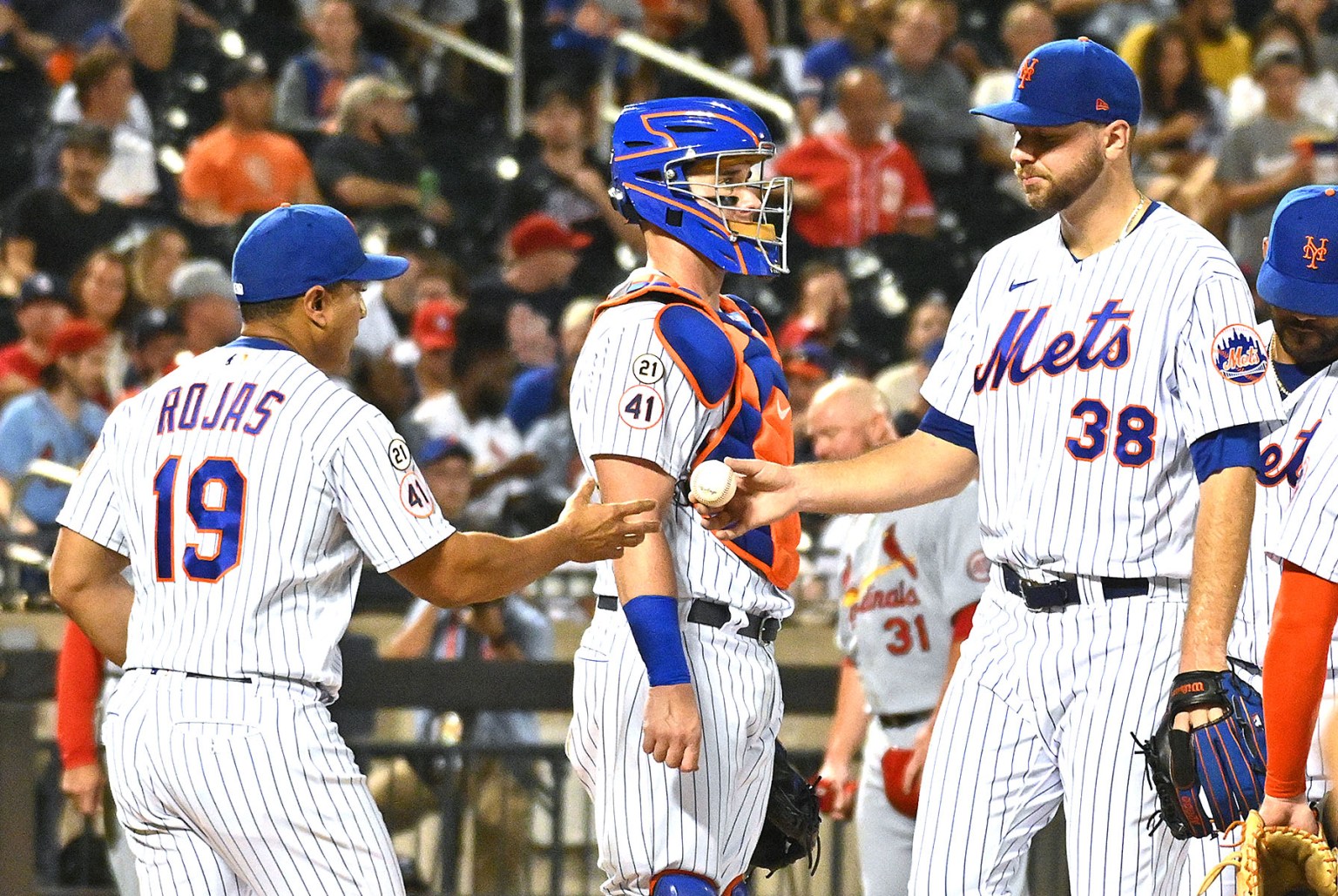 Pete Alonso crouched on the basepath, helmet in hand, stunned into disbelief nearly halfway to second base. Alonso had just hit a seventh-inning fly ball long enough and hard enough to become a three-run homer, which would have brought the Mets to within a run. Then Lars Nootbaar skied over Citi Field’s right-field fence to grab it.

Consider that the story of New York’s season: close, but not close enough. The resulting 11-4 loss to the Cardinals on Wednesday sealed a three-game series sweep, effectively knocking the Mets out of the National League Wild Card race and making an NL East run largely implausible.

Given the clutter atop the standings, it could take another two weeks for the Mets to be officially eliminated from postseason contention. But make no mistake: The team has turned a pipe dream into a near-impossibility. Had they won this series against one of way-too-many teams ahead of them in the NL standings, the Mets could have kept themselves relevant for much of September. Instead, they dropped three in a row to one of the worst possible opponents to fall five games back in the Wild Card standings. They are 5 1/2 games back in the NL East.

“It’s tough to get swept,” manager Luis Rojas said. “And it’s tough to lose games against teams that you’re fighting for a spot.”

The final game was well in hand for St. Louis mere minutes after it began, when seven of the first eight Cardinals hitters reached base safely against rookie starter Tylor Megill. Now nearly 50 innings beyond his highest professional season total to date, Megill allowed six runs over three-plus innings, and the Mets never recovered.

“Zero command and I was falling behind in a lot of counts,” Megill said. “I was just giving up hits left and right.”

As has become their custom, the Mets did their best to mount a comeback, nearly edging within a run until Alonso’s shot landed in Nootbaar’s glove. Minutes later, the Cardinals hammered reliever Heath Hembree for three runs in the eighth to put things out of reach.

McNeil, who finished a home run shy of the cycle to pace the Mets’ offensive attack, said he was “not really sure” why things have not worked out as the team envisioned.

Soon could come the business of playing out the string for a team with 15 games remaining on the schedule. Eventually, the Mets may have to consider shutting down pitchers such as Megill and Taijuan Walker, who have soared well beyond their innings totals from recent seasons. Team officials will need to reassess the wisdom of bringing Noah Syndergaard and Jacob deGrom back from the injured list, now that those two are unlikely to contribute to a playoff push.

But the Mets aren’t there yet. For as long as they are mathematically alive, the Mets intend to keep fighting, however long their odds may have grown.