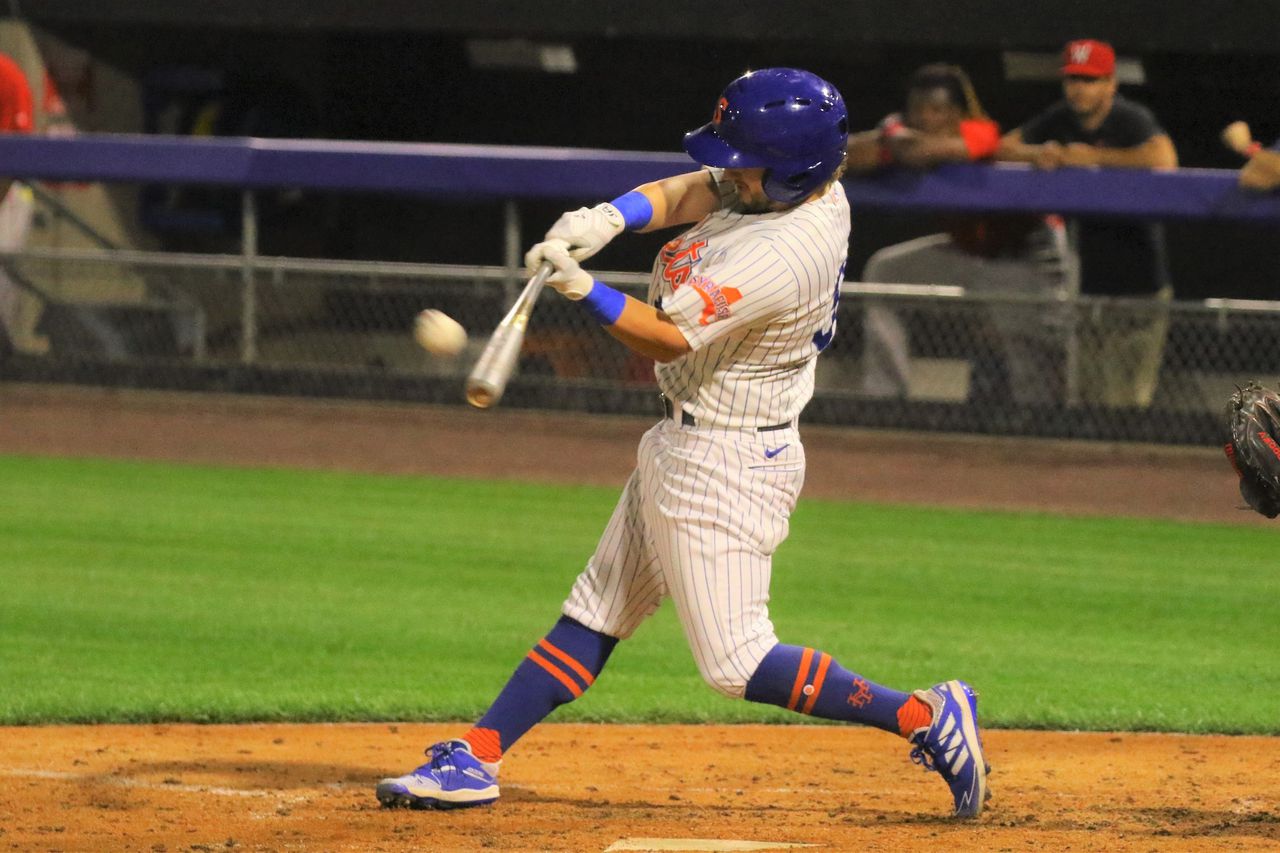 Wong came to the plate in the top of the ninth inning with two outs and no one on, batting against Syracuse reliever Franklyn Kilome. The 25-year-old already had one home run on the day, and in this at-bat, he annihilated his second, a solo blast that banged off the scoreboard in left-center. That was the game-winning swing, as Eduard Bazardo tossed a scoreless ninth to seal his first Triple-A win and the road team’s 17th victory in 20 games.

Worcester began the scoring two batters in to the game—after Chad De La Guerra cracked a double in the first inning, Wong brought him home with a single on a night in which Wong would eventually delievers three RBIs.

The Mets answered back with three straight runs, two in the third and one more in the fourth. In third, starter Raynel Espinal allowed a Mark Payton triple, and one batter later, Payton came home on a sac-fly to center by Wilfredo Tovar. After a double, former Red Sox Jose Peraza ripped a double to left, scoring one. An inning later, Chance Sisco tripled and scored on a David Thompson single, putting Syracuse up 3-1.

But the WooSox, who came back to open last week’s series against Lehigh Valley, did it again in the first game of the week at NBT Bank Stadium. Jeter Downs smacked a home run that slipped over the left-centerfield wall in the fifth, and one inning later, Johan Mieses crushed a screaming line drive above the left field wall to tie the game.

Downs’ home run was his 12th and his first since August 17, while Mieses’ delivered his fourth in his last 20 games.

Mark Payton made it 4-3 Syracuse on a solo home run in the seventh inning, the final run of the day allowed by Espinal. The right-hander pushed through 6.1 innings, allowing four runs on a season-high eight hits with five strikeouts.

Down one entering the eighth, Wong came to the plate leading off against Tom Hackimer. Wong worked it to a 2-1 count and then ripped a ball deep the other way, banging off the bar above the left field wall for a game-tying home run. One inning later, he made it his first Triple-A multi-homer game with the game-winner.

10 mins ago
Police say that on Wednesday around 9:37 p.m. officers were dispatched to the area of the South Aurora Street Bridge ... MORE

20 mins ago
Sheriff Jim Allard says his office investigated an incident where a swimmer was struck by a boat on Keuka Lake ... MORE