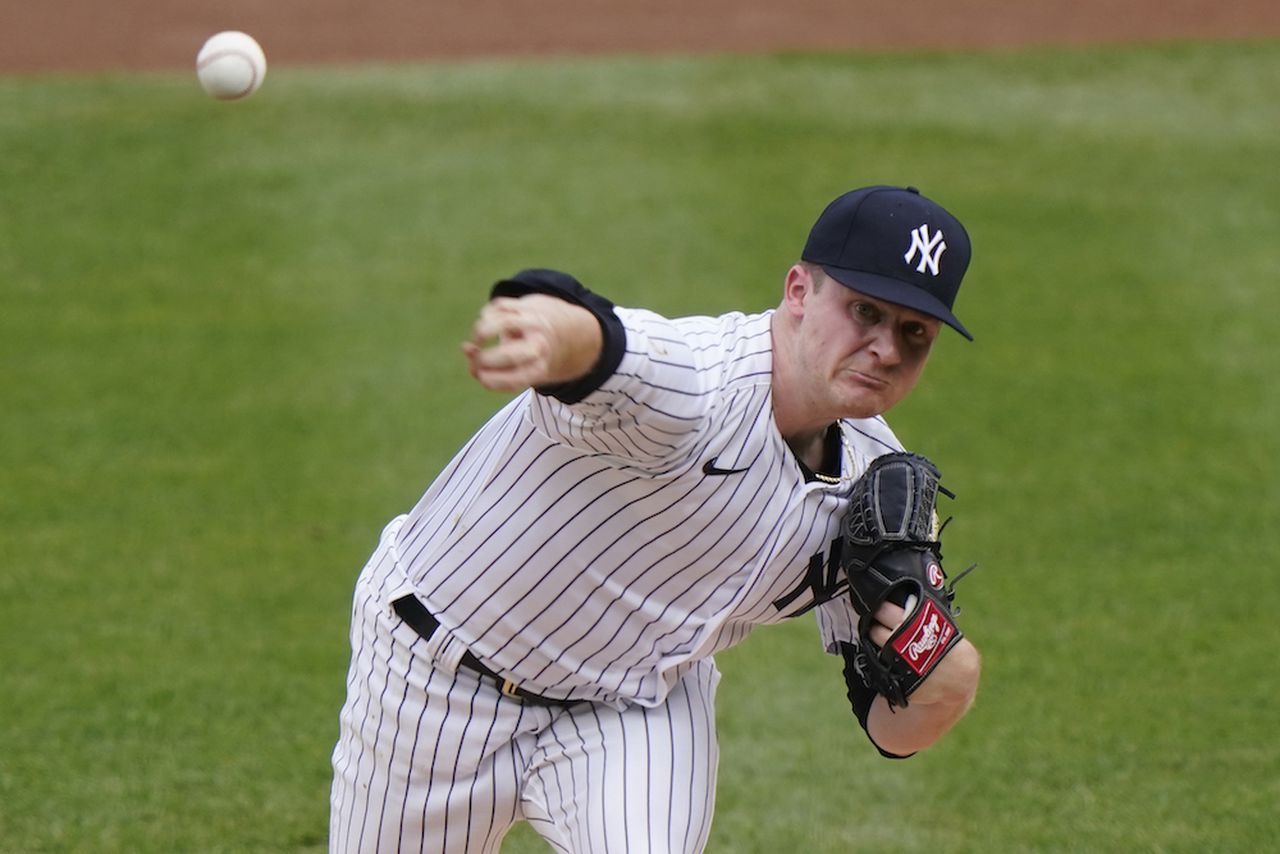 The Yankees have recalled right-handed pitcher Clarke Schmidt to start tonight’s game against the Mets, according to a team announcement. Swapping places with him is infielder Andrew Velazquez, who has been optioned to Triple-A.

Schmidt is, at least temporarily, taking the rotation spot of Gerrit Cole, who left his start on Tuesday after 70 pitches over 3 2/3 innings because of tightness in his left hamstring, per Lindsey Adler of The Athletic. However, Cole himself said he’s good to go for this coming Tuesday, per Adler. That’s surely good news for the Yankees, who are suddenly out of playoff position. With the Blue Jays winning this afternoon, the Yanks are going into tonight’s contest a half game behind the Jays, as well as the Red Sox, in the Wild Card race. A healthy Cole is potentially a huge difference-maker in a race that tight. Overall, it’s yet another excellent season for the Yankees’ ace, as he has an ERA of 2.78 over 158 2/3 innings so far this year. He’s provided 5.2 wins above replacement, according to FanGraphs, better than every pitcher in the AL, and trailing just Corbin Burnes and Zack Wheeler overall.

For Schmidt, this will be his first major league action of the season. He began the year on the injured list and only started a rehab assignment towards the end of July. Since then, he’s logged 27 1/3 innings across four different levels of the minors, with an ERA of 2.96, a strikeout rate of 29.3% and walk rate of 6.9%. His only MLB experience thus far was a small sample of 6 1/3 innings in 2020, where he had an ERA of 7.11.

Velazquez was originally selected by the Yankees August 9th, when the club was dealing with a vast COVID-19 outbreak that saw multiple players test positive and miss time. The infielder became something of a fan favourite in that time, at least partially because of his Bronx roots. However, he didn’t provide enough offense to hold onto a roster spot, hitting .234/.246/.375 with a tiny walk rate of 1.5% and hefty strikeout rate of 32.3%. However, this is over a small sample of just 65 plate appearances. He’s fared much better in 277 Triple-A plate appearances this year, slashing .283/.367/.471.