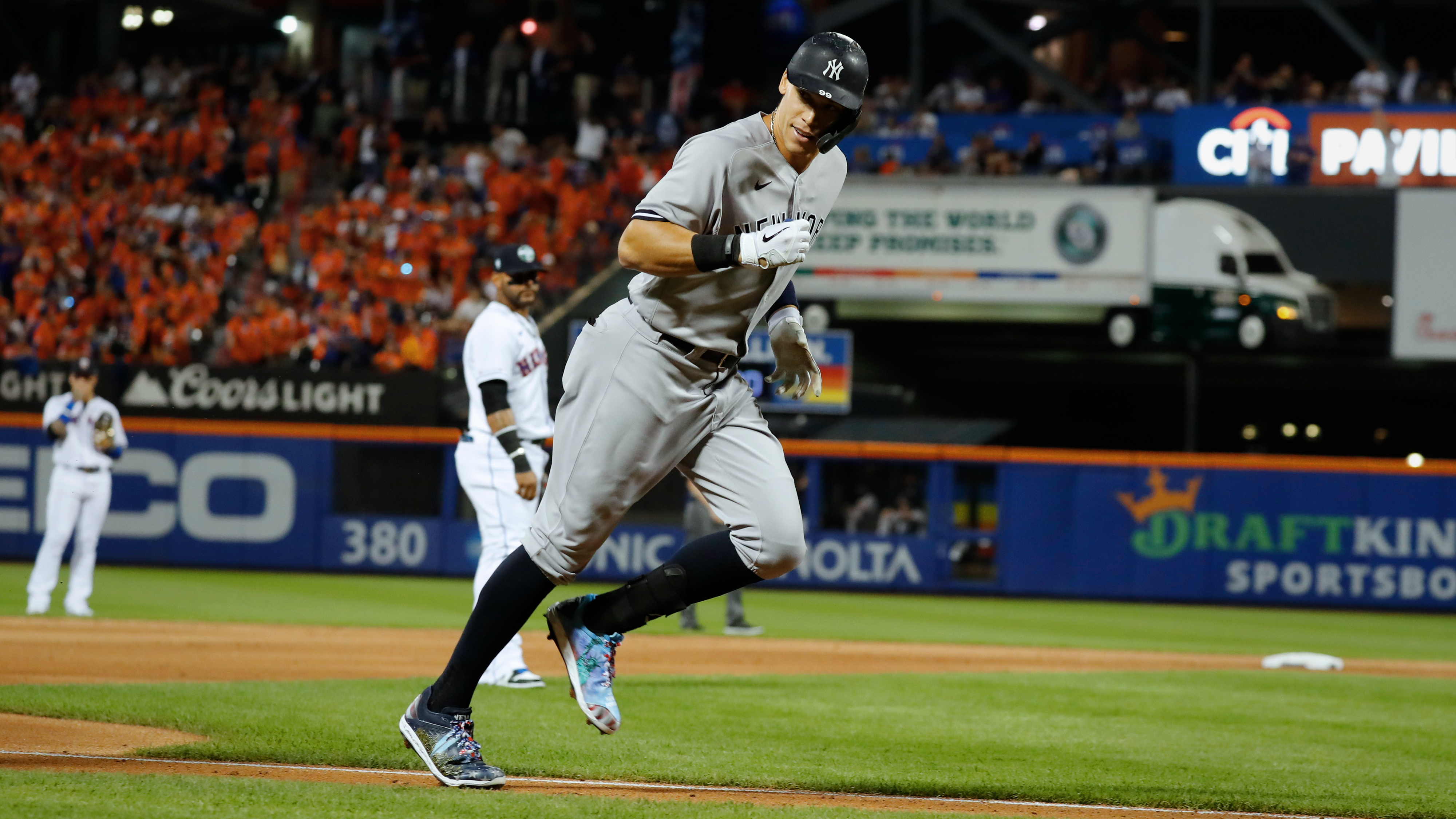 The Yankees spilled to the center of the diamond as part of a stirring pregame ceremony on Saturday, embracing their crosstown rivals as “one unified New York” — a scene reminiscent of the hugs that the Mets and Braves exchanged before professional sports returned to the city 10 days after that awful 2001 morning.

Then, it was one of the biggest sluggers delivering in a crucial moment, with Mike Piazza’s home run etched into the historical record in the first sporting event in New York following the 9/11 terrorist attacks. Twenty summers later, Aaron Judge enjoyed a starring role on the city’s brightest stage, crushing two homers in the Yankees’ 8-7 victory over the Mets at Citi Field.

Judge cracked a solo shot as part of a five-run second inning against starter Taijuan Walker, a frame that also featured two-run homers by Kyle Higashioka and Brett Gardner.

Walker silenced the Yanks from there, retiring the final 13 batters he faced as the Mets peppered Corey Kluber for four runs in four innings.

James McCann gave the Mets a lead with a two-run homer in the sixth inning off Chad Green, and Kevin Pillar added a run-scoring hit in the seventh off Clay Holmes. But Aroldis Chapman struck out Pillar and got McCann to fly out to end the game with the potential tying run on base in the ninth.