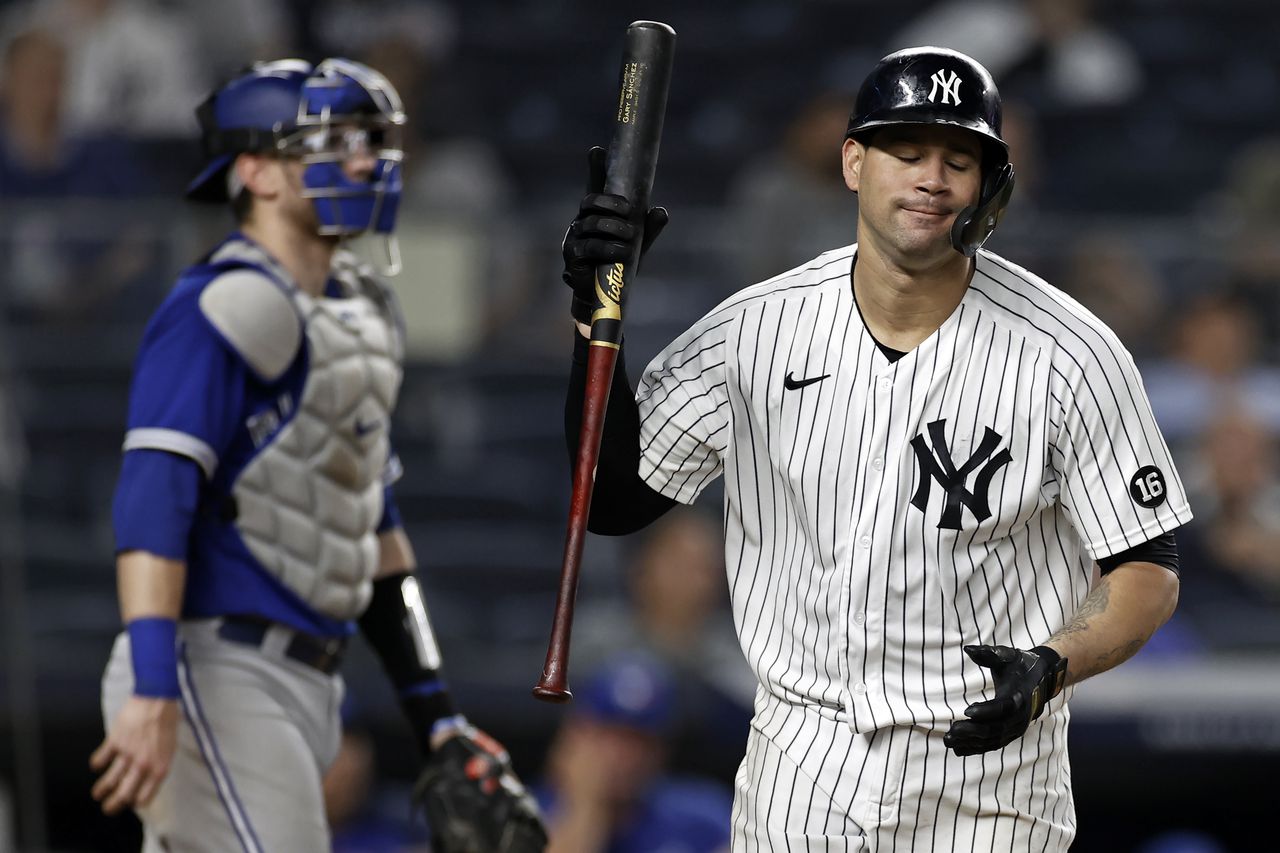 Think back to the night of Aug. 27, when the Yankees were in Oakland and expanding their win streak to 13 games. At that point, the Blue Jays were 9 1/2 games back of the Yankees — an afterthought. And the playoffs were almost close enough to taste.

My, how things have changed in two weeks.

The Yankees dropped a season-high sixth game in a row on Thursday, 6-4, and their lead over the Blue Jays for the second Wild Card spot is down to a half-game. New York’s six-game home losing streak ties the longest in the history of the current ballpark (since 2009), and a four-game sweep at Yankee Stadium against the Blue Jays had only happened once before (May 22-25, 2003).

In the seventh inning of a tied game, Sal Romano allowed a two-out RBI single to Bo Bichette, and that made the difference. Bichette entered the night hitless in 13 at-bats during the series, but he did the most damage off the Yankees on Thursday.

That included a leadoff solo shot against Néstor Cortes Jr., one of just two blemishes on the New York starter’s stat line. In truth, Cortes gave the Yankees exactly what they needed: six steady innings to provide a spell for a bullpen that had worked 11 of the previous 18 innings.

But the theme of New York’s recent woes, offensive ineptitude, showed up once again. Anthony Rizzo provided most of the offense with a two-run blast, but he failed to capitalize later in a two-on, none-out situation. Rizzo hit into a fielder’s choice, and Giancarlo Stanton followed with an inning-ending double play.