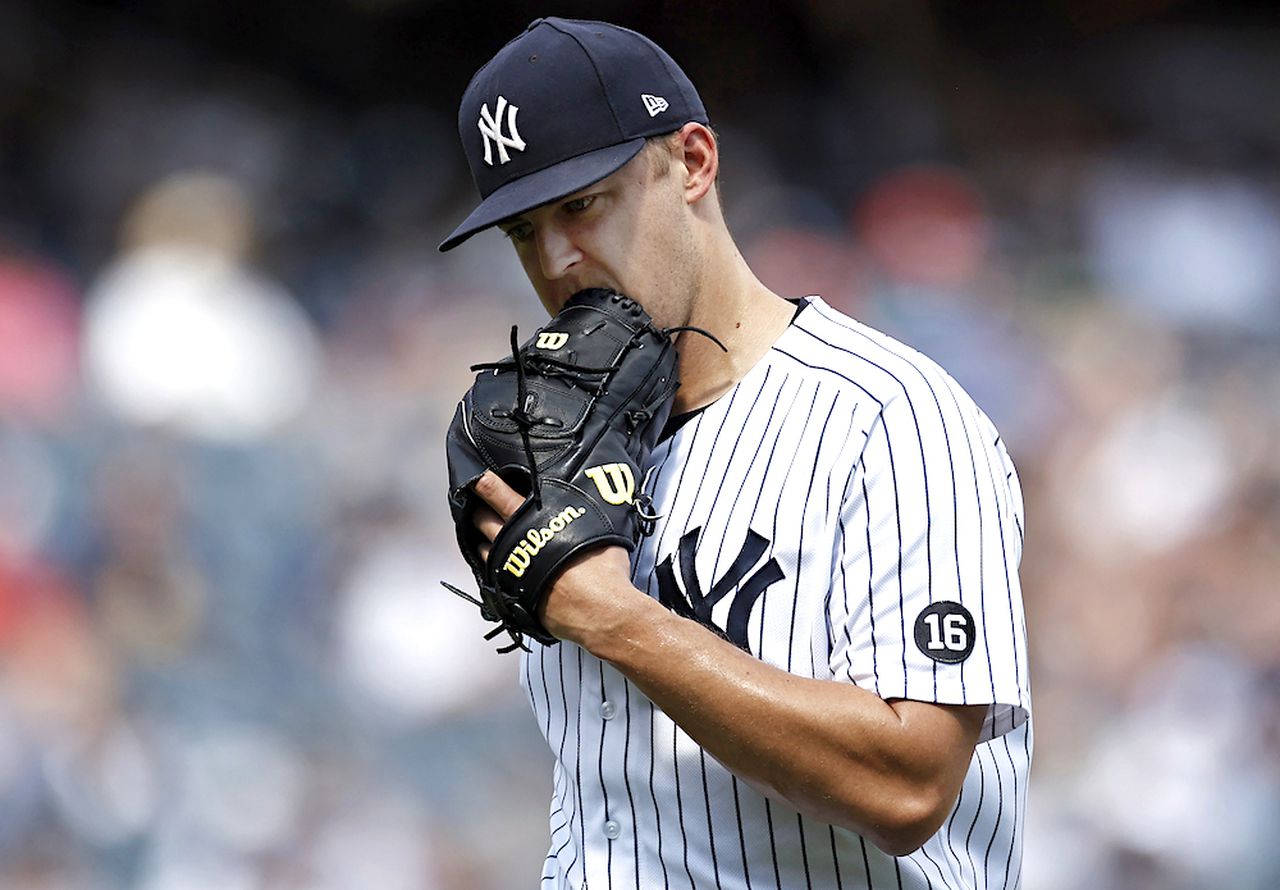 The Yankees announced Thursday that RHP Jameson Taillon has been placed on the 10-day IL with a right ankle tendon injury.

Yankees pitchers just can’t catch a break recently. First, it was an important piece out of the bullpen, as Jonathan Loaisiga hit the IL. Gerrit Cole is also dealing with a hamstring ailment. Now, yet another important rotation arm is going to be sidelined.

“So he has a partial tear of a tendon in his ankle, and it happened at some point in his last start,” manager Aaron Boone said. “There’s no specific time. He just felt something at some point towards the end of the outing. Had a little bit of swelling in there. He’s in a walking boot yesterday and today. Should be out of that tomorrow and then get going again and be kinda a day-to-day thing.”

Taillon has been struggling recently and this is just the cherry on top.

Over his last five starts, the righty owns a 7.01 ERA over 25.2 innings after allowing 20 earned runs and a whopping seven homers.

For comparison, in his previous 30.1 innings before those last five starts, Taillon had a 0.89 ERA, allowing three earned runs and just one home run.

Boone added that he really doesn’t know if this injury is going to force Taillon out longer than just a single start.

“Am I confident? No,” he said. “I know when I first heard that, it sounds worse than it is. But his body’s going to tell us what he’s able to handle.”

Sunday is when Taillon was supposed to go again. With Luis Gil pitching on Wednesday night, he won’t be available. So the Yanks may have to make it a bullpen game with an opener, or potentially dip into Triple-A to get a spot start to save a couple arms in the ‘pen.