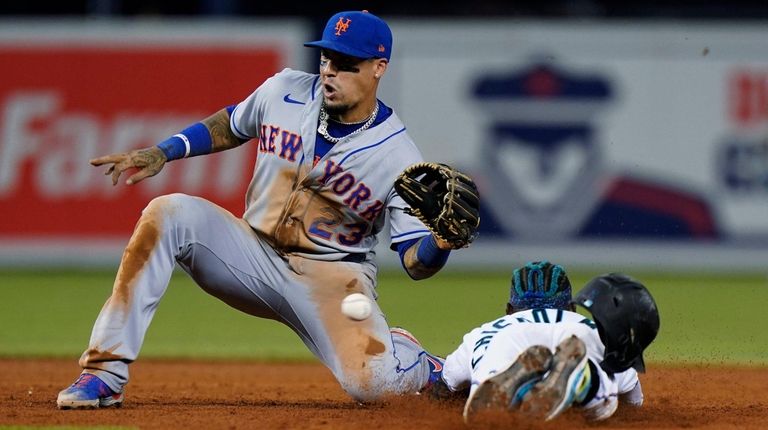 Wasted opportunities were the downfall of the Mets, as the Marlins’ Jazz Chisholm Jr. clubbed a go-ahead solo homer in the eighth inning off Mets reliever Jeurys Familia in a 3-2 loss at loanDepot park on Thursday night.

The loss wasted another outstanding effort from Mets starter Marcus Stroman, who worked 6 1/3 innings in his Major League-leading 30th start of the season. Stroman allowed four hits and one run but did not figure in the decision. He struck out seven and did not walk a batter.

The loss also wasted a big effort at the plate from Javier Báez. The Mets’ second baseman slapped a ground-rule double in the first inning and scored on consecutive wild pitches from Marlins lefty starter Jesús Luzardo to give the Mets a 1-0 lead. Then he clubbed a long home run to center field in the third to make it 2-0. Statcast projected Báez’s 29th homer of the season at 438 feet.

It was the Mets’ 13th home run in their last seven games. They have homered in 14 of their last 15 games.

Báez walked in the sixth, stole both second and third, his 15th and 16th swipes of the season, but those efforts were wasted when he was left stranded.

Last, but certainly not least, the Mets wasted a leadoff triple in the eighth by Pete Alonso, opening the door for Miami.