Mets to wear first responder hats in-game on Saturday for anniversary of Sept. 11 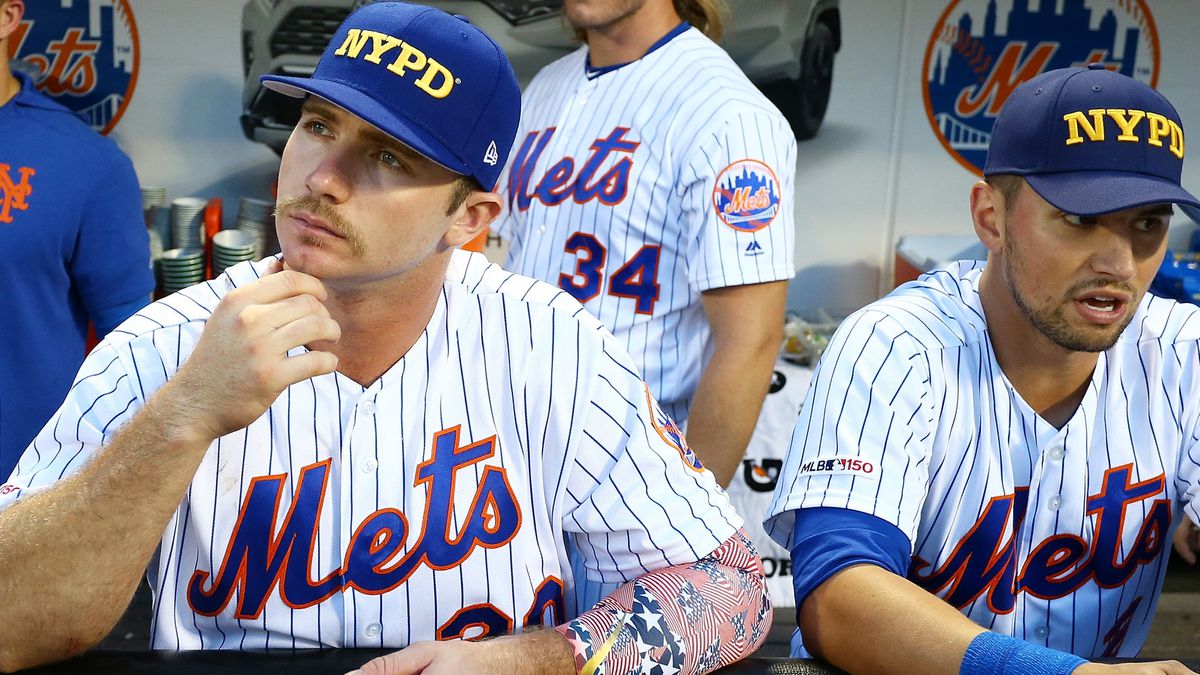 The Mets, who wore first responder hats in-game last season on Sept. 11 for the first time since returning to play in 2001 in the aftermath of the terrorist attacks, will again wear those hats in-game this Sept. 11 against the Yankees.

They will wear caps from the FDNY, NYPD, Port Authority Police Department, Department of Sanitation, and Department of Correction “to commemorate their bravery and sacrifice,” the team said in a press release on Wednesday.

The first pitch on Saturday will be from Bobby Valentine (the Mets’ manager in 2001) to Joe Torre (the Yankees’ manager in 2001), and several members of the 2001 Mets — including Mike Piazza — will be on hand.

Before last season, the Mets had tried to wear the first responder hats in-game on the anniversary of Sept. 11 numerous times since 2001, and had been denied by the league and/or threatened with fines.

Even in 2001, the Mets were threatened by the league with fines, but wore the hats anyway in every game from their return to play through the remainder of the season.

“We exchanged some hats. And it was really sort of the catalyst to me taking a hat that was from a brother, who was one of the guys they were still searching for,” Todd Zeile recently told SNY for 9/11: The Mets Remember, premiering after Mets Post Game on Friday. “A fallen first responder. And I traded in my hat for that hat, and I remember thinking. … I’m going to wear this. And I’m going to wear this in his honor from that point on.”

For MLB, part of its position prior to 2020 had been that it didn’t want to be in the business of ranking tragedies, with one example being its refusal to let the Nationals wear Virginia Tech hats after a gunman murdered 32 people on campus on April 16, 2007.

While speaking in 2019, Torre — who used to be the Chief Baseball Officer for MLB — explained that reasoning.

“We try to keep the hats the way they are because every team could really have a legitimate reason to want to wear a different hat to honor something that happened in their particular area,” Torre said. “And we just try to keep it consistent with the uniform.”

Torre’s response in 2019 drew the ire of Piazza, who said the reasoning was understandable but that Sept. 11 was not “analogous” with other tragedies.

“For what it’s worth I strongly disagree with @MLB policy on not allowing the @Mets or any other team to wear police or first responder hats for 9/11 games,” Piazza tweeted. “Understand their argument but non analogous with respect to other tragedies, and/or other events. We were directly affected and did not play for a week.The Mets and Yankees for that matter were extremely close to many lost, I hope and pray something can be worked out.”

Piazza, of course, hit what turned out to be the game-winning home run in the eighth inning against the Atlanta Braves on Sept. 21, 2001 at Shea Stadium during what was the first major sporting event in New York City after the attacks.

“I think we should have worn these hats every single time,” Alonso said last Sept. 11. “I hope every single year on this day moving forward we get to wear these hats.”