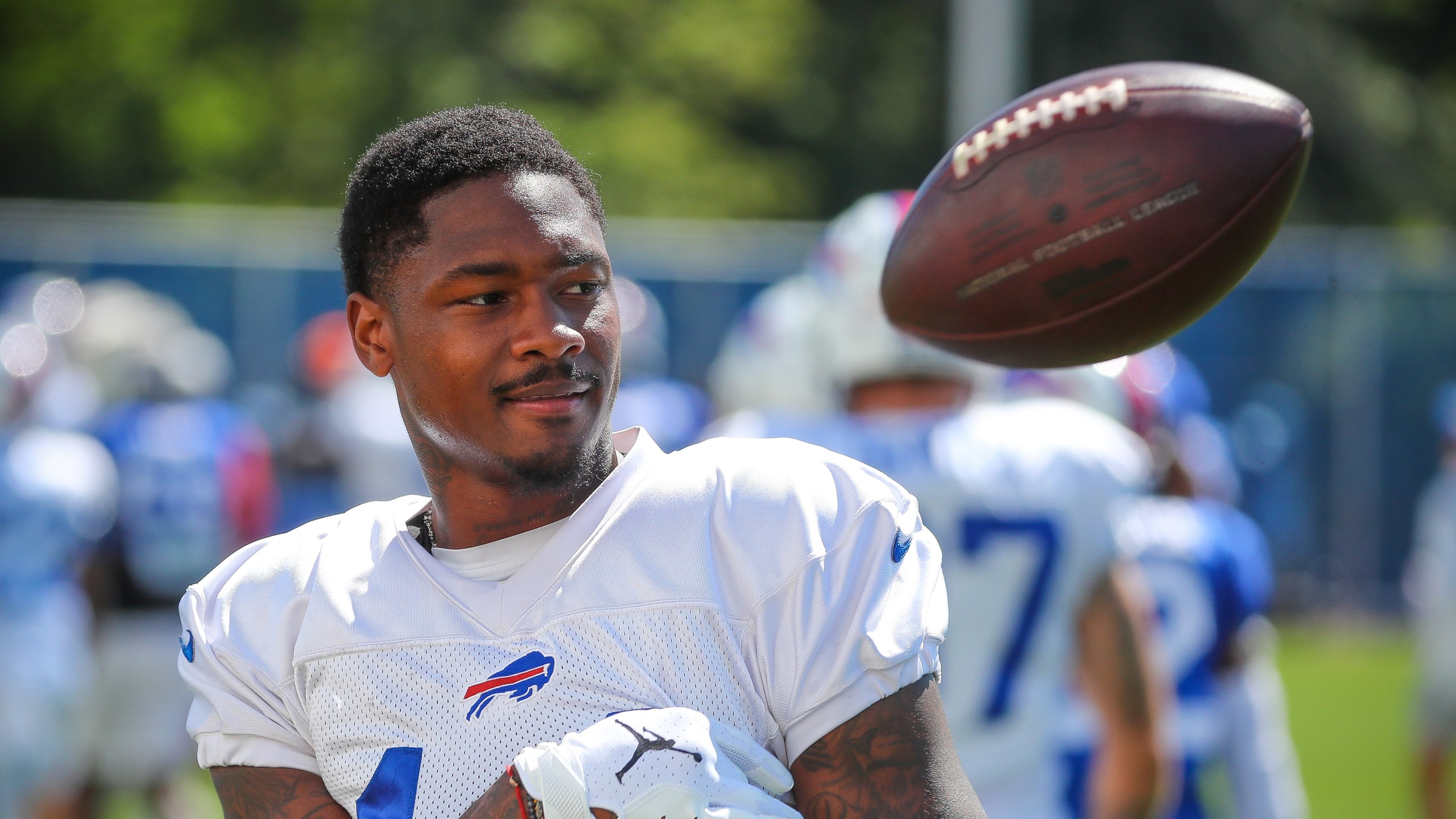 Stefon Diggs has accomplished so much in his NFL career so far but this season he added something to his resume he didn’t have before and that’s being a captain.

“I was kind of taken back a little bit because I’ve never been in that role. I’ve never gotten voted a captain, it will be my first time so I’m embracing this new journey myself,” Diggs said after practice on Tuesday.

The Bills announced Diggs will be one of two captains on offense along with Josh Allen. Tremaine Edmunds, Micah Hyde and Jordan Poyer will serve as the defensive captains while Reid Ferguson, Taiwan Jones and Tyler Matakevich are the special teams captains.

Being voted a captain says a lot about the respect he was able to gain from his teammates in such a short amount of time in Buffalo as this is just Diggs’ second season with the Bills.

“[I’m] trying not to do nothing different but more so understand that part of leadership is you need to be accountable not only on the field but off the field and how you carry yourself,” Diggs said.

“I’m a guy that brings a lot of juice day in and day out so I’m gonna be the guy I am and carry it that way.”

Diggs’ big personality is something players here gravitated towards and he didn’t hold back who he was even with the reputation coming from Minnesota that he was a bad teammate.

“Coming here I had a fresh start. It was fair for people to make their assumptions or their assessments from outside looking in, you know that’s fair. I just look at it as in when I get there I’ll show them who I am and we’ll go from there,” Diggs said.

It’s obvious he did as Diggs gets to add the “C” to his uniform this season.

“I feel like having that new start was more so God putting me in a new position to be like “alright show them who you” and they embraced me. And I was just thankful that they embraced me. They didn’t judge me, they didn’t put me on this pedestal or in his bad place of “this is the kind of player he” so let’s treat him this way,” Diggs explained.

Now with expectations through the roof, the Bills will lean on that leadership to keep them focused on the end goal.

“You don’t have a lot of weight on you when you’re the underdog, you just gotta go prove yourself and people count you out and that’s what this game is all about. People like being doubted, that kind of drives them,” Diggs said.

But the Bills aren’t in that position this season as their recent success will rarely have them be the underdogs.

“It’s harder when you’re not being doubted and people know you’re good so then you gotta go prove yourself all over again each and every day.”