Mets offense explodes for 13 runs in win over Nationals 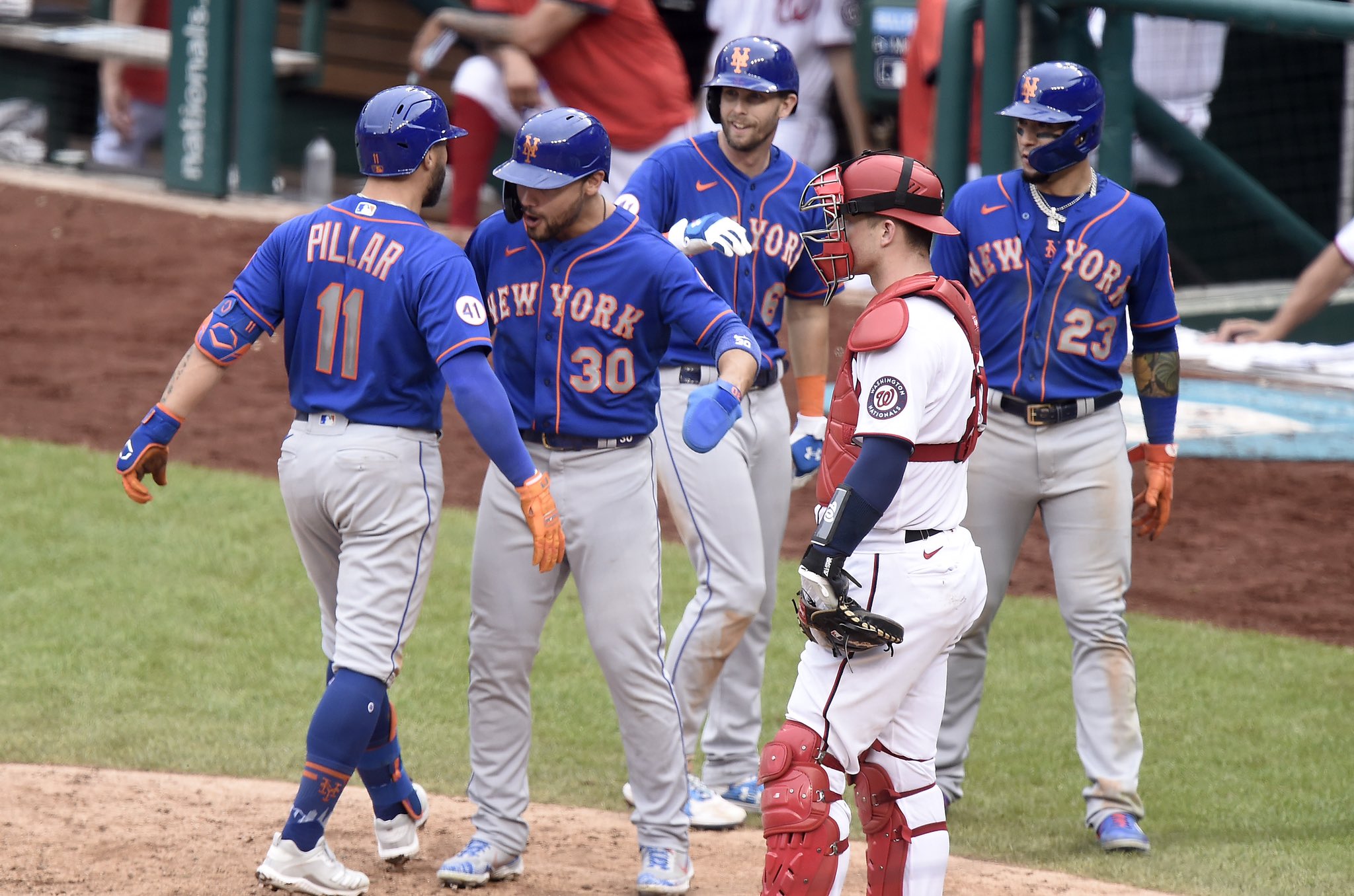 Javier Báez may not be the prototypical type of hitter that the Mets’ front office values, much as Yoenis Céspedes was not in 2015. And while Báez is different from Céspedes, too, he’s the exact type of player who can have a Yoenis-sized impact on New York’s attempt to climb back into the National League playoff picture.

Báez homered, stole a base, drove home two runs and beat out an infield single as part of a four-hit day to spark the Mets’ go-ahead rally in a 13-6 win over the Nationals on Sunday, ensuring they will stay no further than 3 1/2 games behind the NL East-leading Braves. A day after blowing a nine-run lead at Nationals Park before recovering to win, the Mets coughed up a four-run lead, but once again, managed to win in spite of it.

Among all of Báez’s contributions, his most critical was not the flashiest. Leading off the eighth inning with the game tied at 6, Báez hit a slow roller that third baseman Carter Kieboom charged. Had Kieboom made the play cleanly, Báez would have been out. But Báez’s speed forced Kieboom to rush his transfer, resulting in a double-clutch that gave Báez just enough time to reach first safely. The Mets then pushed him around the bases on two more singles and a Patrick Mazeika sacrifice fly to retake the lead.