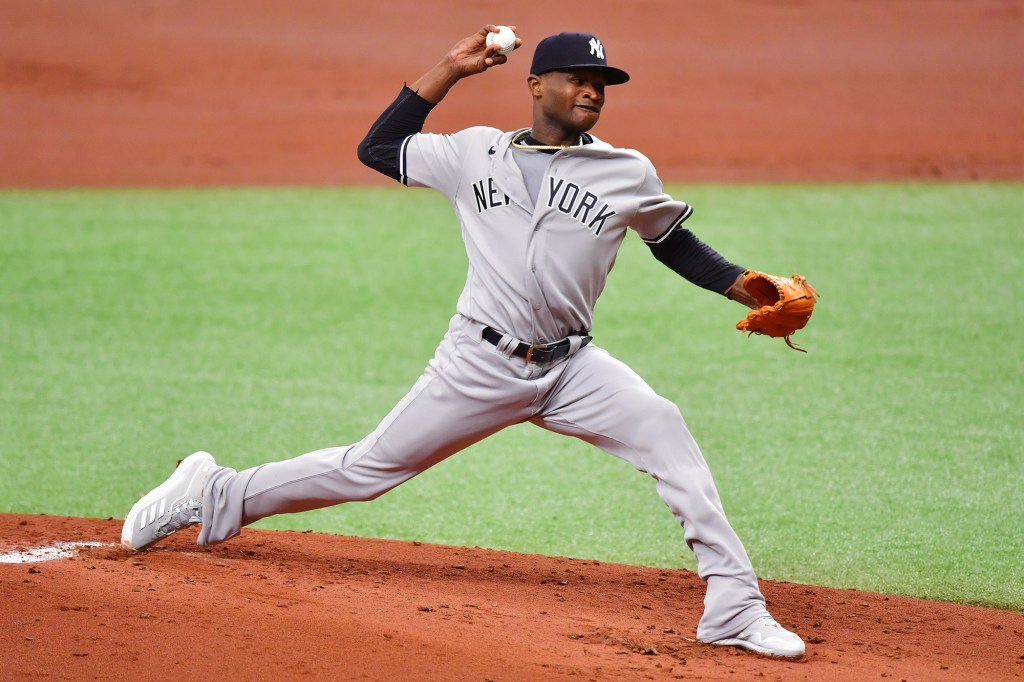 Yankees manager Aaron Boone spoke to media on Saturday before their game against Baltimore Orioles, and gave an injury update on Domingo Germán.

“He threw a bullpen yesterday that went well,” Boone said. “I actually spoke to him this morning and we’re curious to how he felt today, and he felt good. So that’s a good sign. I think he’s scheduled for another bullpen on Monday.”

Boone went on to say that Germán will face live batters after the bullpen session in “some way shape or form”.

Germán went on the injured list with shoulder inflammation and has not pitched since July 31 when he lasted just four innings against the Miami Marlins.

The righty is 4-5 with a 4.45 ERA over 21 games (18 starts) and 97.0 IP and 95 strikeouts this season. Boone left the door open for Germán and Luis Severino to be options out of the bullpen once they’re back and ready to pitch.

“Yeah I think there’s time, it might be cutting it close in some cases,” Boone said. “Sevy’s doing well but not quite ready to get on the mound yet. Domingo throwing yesterday and obviously closer to when he was last in action. They can impact us whether it’s out of the bullpen in shorter stints, whether it’s giving us some bulk. I don’t know how much we’ll be able to get them built up.

“We’ll see, we got a month left of the season or so. Instead of speculating on it, we’ll see how their progression goes and see at what point they’re able to help us and what role.”