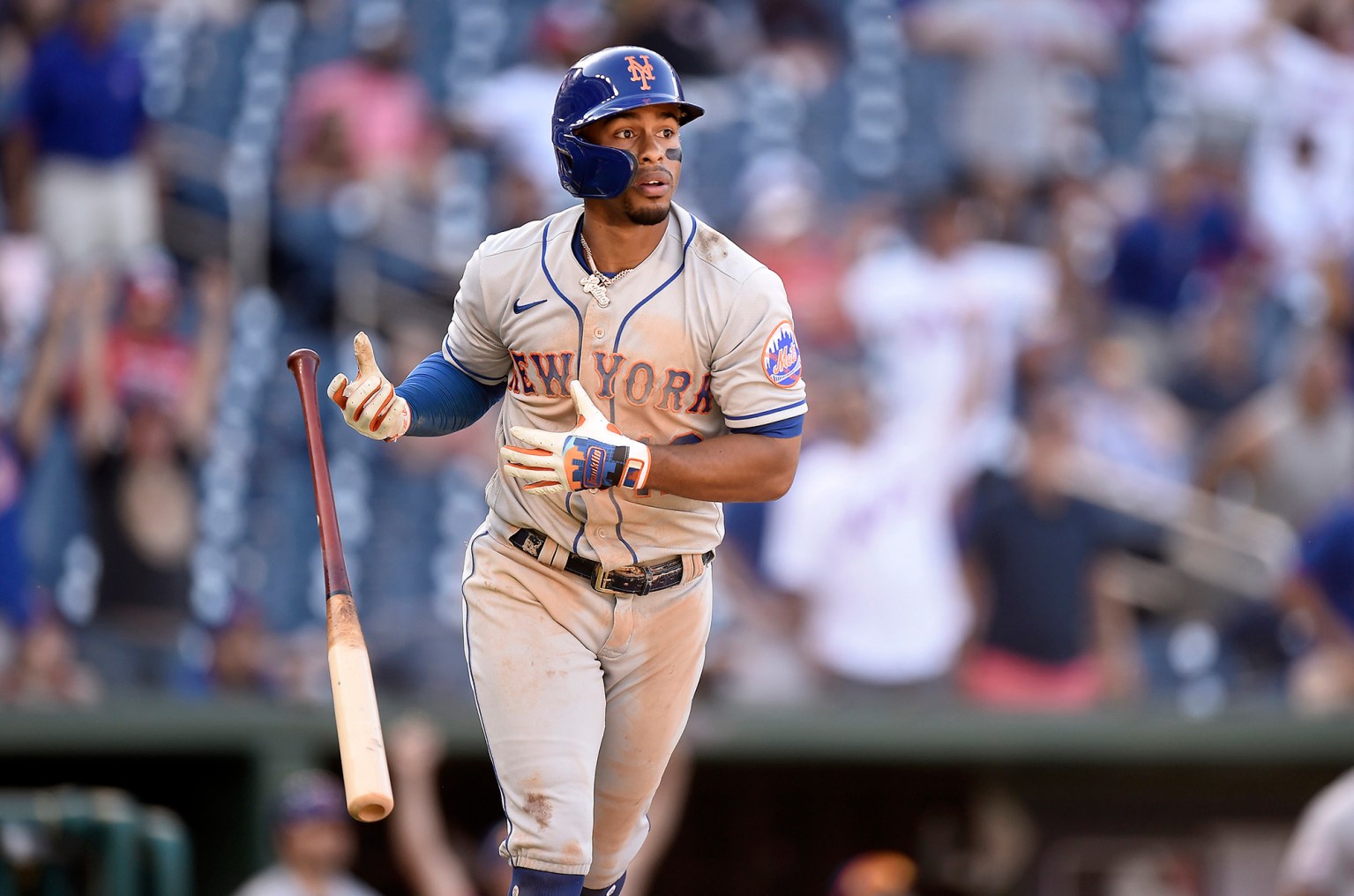 On the first day of the college football season, the Mets’ Javier Báez and Marcus Stroman ran a pass pattern that would make any quarterback-receiver combination envious.

With Juan Soto on first base and one out at Nationals Park, Josh Bell hit a potential double-play ball to Francisco Lindor, who was shifted to the right side of second. Fielding the ball cleanly, Lindor flipped it to Jonathan Villar, who dropped it as he passed over the second-base bag.

That’s when things grew chaotic. Noticing third base unoccupied, Soto popped up and sprinted toward it. Báez grabbed the ball and began chasing after Soto but had no chance to catch him. So Stroman sprinted over, caught Báez’s throw midstride and dived to tag Soto on the left leg before Soto could touch third base. It wound up being the most memorable play of the Mets’ 11-9, nine-inning win over the Nationals on Saturday in Game 1 of a doubleheader, which they won despite being unable to hold a nine-run lead.

“I didn’t realize how cool it looked until I watched it afterward,” Stroman said.

Even cooler for the Mets was this: After Stroman, Miguel Castro and Seth Lugo gave back all nine runs to the Nationals, Lindor clubbed a two-run homer in the ninth to lift the Mets to their sixth straight win — seven, counting a suspended game that technically went on the ledger for April.

“A long one, but very rewarding,” was how Lindor described it. “Thank God, with the group of guys we have, they picked us up.”

Whether this winning streak sparks the Mets back into playoff position remains to be seen, but it’s clear that they have remade themselves into serious contenders.

Even if they hadn’t, Saturday’s top defensive play would have stood tall on its own merits. Initially when Bell hit the ball, Stroman admitted to getting caught flat-footed on the mound, watching the play develop and assuming it to be an inning-ending double play. Only after Villar dropped the ball did Stroman see Soto eyeing third base. In a split-second calculation, Stroman determined he could beat him there, so he took off as well.

“And then Javy threw a perfect lead pass to me, and I dove and got him,” Stroman said. “It was a pretty special play.”

The play would not have been possible without Stroman’s quick thinking and even quicker sprint, but it was Báez’s throw that sealed it. Outside of tosses to a pitcher covering at first base, it’s rare to see one infielder lead another with a throw in front of him. But that’s precisely what Báez (a 2020 National League Gold Glove Award winner at shortstop) did for Stroman (a 2017 American League winner at pitcher).

“Great baseball IQ on both parts,” Lindor said. “When I saw Báez sprinting past me, I’m like, ‘Where’s he going?’ Then I looked, and there was nobody on third base. The next thing you know, Stro was asking for the baseball. That was huge. Stro, he’s a wizard on the mound, and Báez, we all know he’s ‘El Mago.’ So he can pull some crazy things out of the hat.”