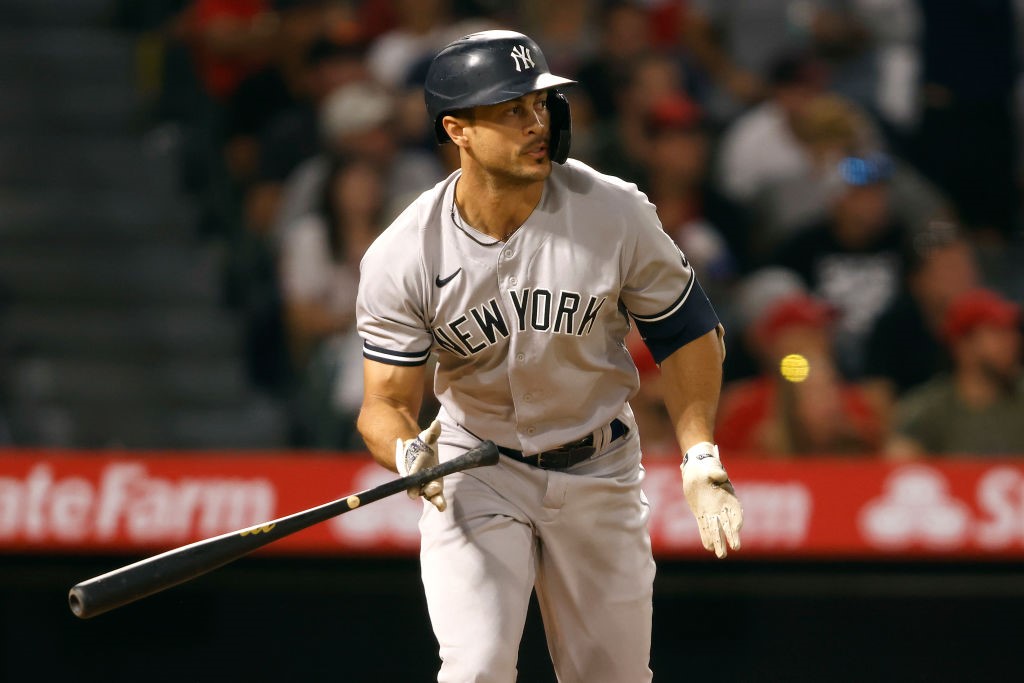 Giancarlo Stanton continued to swing a white-hot bat, crushing another clutch home run, but Clay Holmes surrendered a go-ahead hit to Juan Lagares as the Yankees dropped an 8-7 decision to the Angels on Monday, their third consecutive loss.

Lagares was thrown out stretching on his eighth-inning hit off Holmes, chasing home Brandon Marsh after he opened the frame with a hit off Wandy Peralta. Stanton hit a game-tying, two-run shot in the seventh to the center-field rock formation for his 25th homer of the season, a 457-foot blast as projected by Statcast.

Played before a crowd that sounded like Yankee Stadium West, Stanton’s drive served as a response after Jack Mayfield hit a grand slam that spoiled Corey Kluber’s return to the big leagues and Shohei Ohtani connected off former teammate Andrew Heaney for his Major League-leading 42nd home run.

Appearing on a big league mound for the first time since May 25, Kluber retired 10 of the first 11 batters he faced, but the Angels peppered the right-hander for five runs while batting around in the fourth inning, including Mayfield’s grand slam to the bullpens.