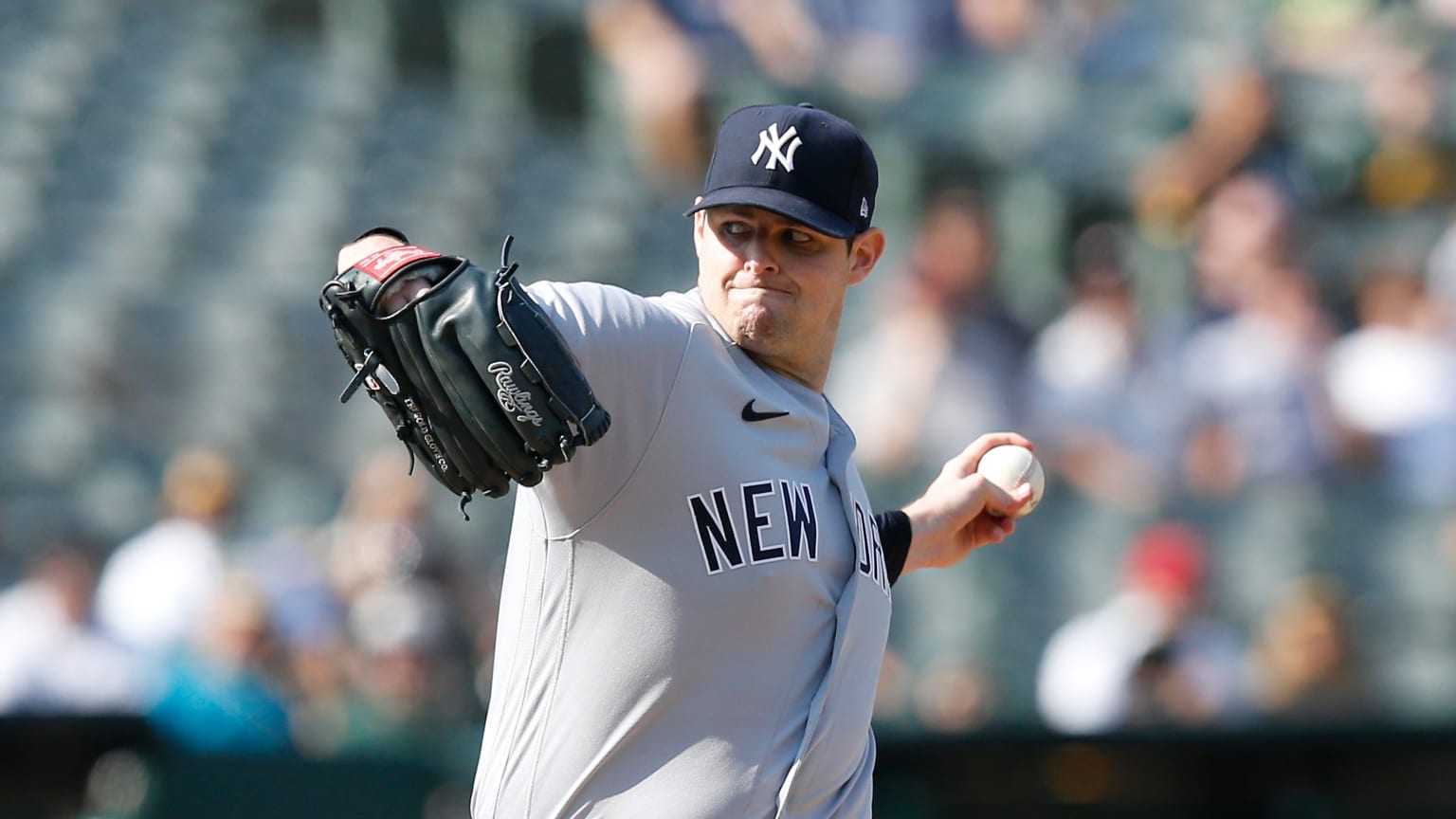 The Yankees were clicking in all departments during their 13-game winning streak, notably cutting down on defensive miscues and offensive woes with runners on base. Both have reappeared in the past two games, a major reason why the Bombers departed the Oakland Coliseum on Sunday with only a split of a four-game series.

Chad Green surrendered a go-ahead, two-run homer to Tony Kemp in the eighth inning as the Yankees lost consecutive games for the first time since July 22-23, absorbing a 3-1 defeat to the Athletics. Kemp’s line-drive shot to right field immediately followed a tough play in left field for Joey Gallo, who could not corral Mark Canha’s line-drive double over his head.

The contest featured misplays by Gio Urshela and Matt Chapman, a pair of sure-handed third basemen. Oakland broke through in the fourth with an unearned run against Jordan Montgomery as Urshela booted a Chapman grounder, extending the inning. Canha hit into a fielder’s choice that originally appeared to be an inning-ending double play but was changed after review.

The Yankees punched back in the seventh inning, as Gary Sánchez walked and advanced to second base on a wild pitch. Pinch-hitter Anthony Rizzo popped up into foul territory near home plate, but catcher Yan Gomes dropped the ball, extending Rizzo’s at-bat. Rizzo took advantage of the extra chance, slicing the ninth pitch of the at-bat through Chapman’s legs as Sánchez trotted home to score the tying run.

Montgomery spun six innings, scattering six hits while absorbing an unearned run. The left-hander walked none and struck out three in an 83-pitch effort.