Syracuse Mets game with Rochester ends in a tie 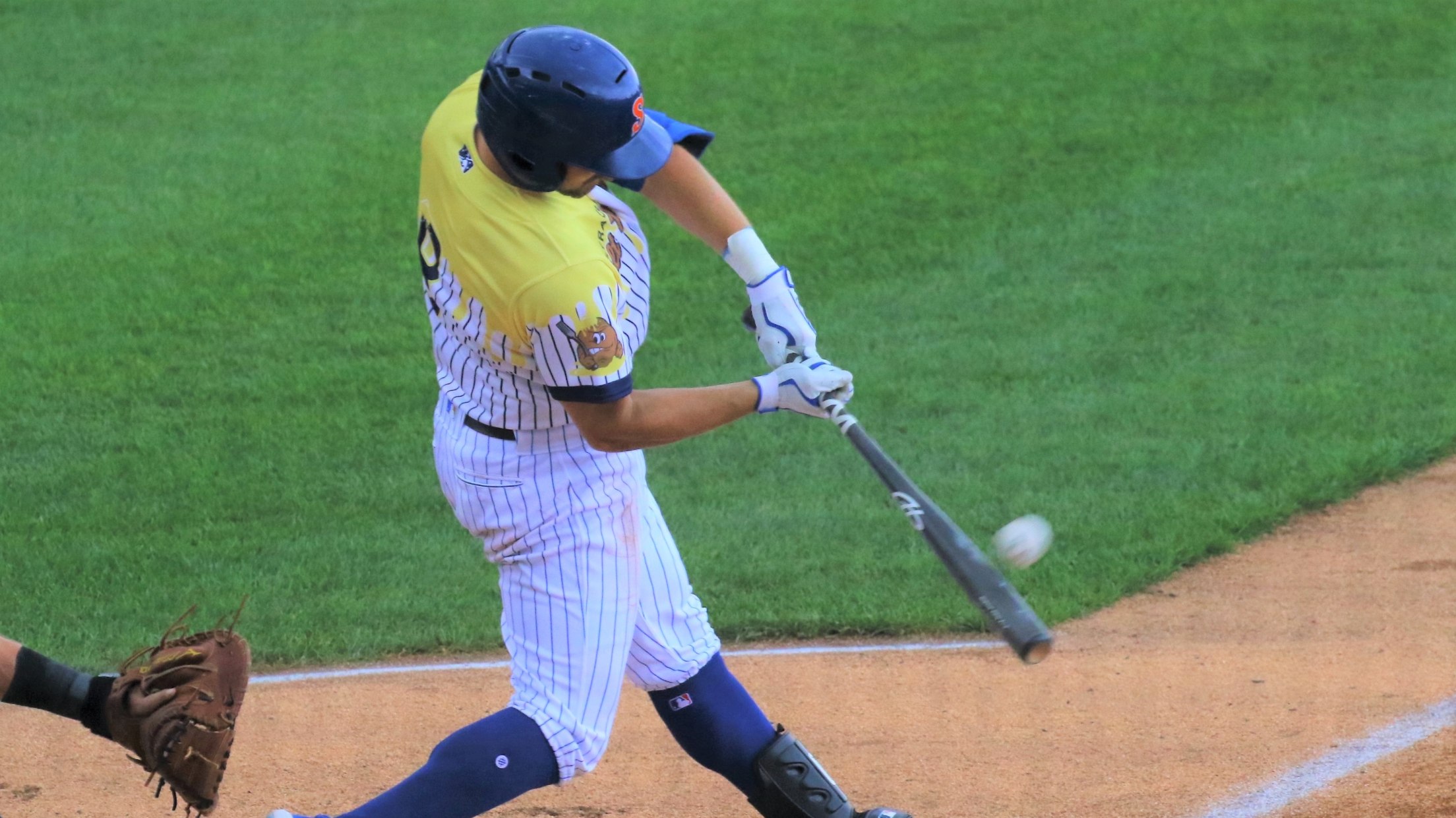 Game three of the Duel of the Dishes series between the Syracuse Salt Potatoes and the Rochester Plates was completed early due to rain with the game tied, 3-3, after seven innings. David Thompson hit a game-tying, two-run home run in the bottom of the seventh inning with two outs to make it a 3-3 game. Both teams won a game and tied a game in the Duel of the Dishes series, but because Syracuse has a +1 run differential in the three Duel of the Dishes games, the Salt Potatoes win the tiebreaker, and the eight-foot Golden Fork trophy will stay in Syracuse. The game is a tie because Syracuse and Rochester do not play again this season.

Rochester (43-55-1) took the lead in the top of the third inning. Andrew Stevenson hit a one-out single, and then Daniel Palka struck out. Jake Noll followed with a two-run homer to put the Plates in front, 2-0.

In the top of the fifth, Stevenson led off with a single for his third hit of the game, and then Palka walked. After Noll struck out, Mike Ford ripped an RBI single down the first-base line to score Stevenson and make it 3-0 Plates.

Syracuse (39-60-1) picked up it’s first run in the bottom of the sixth. Wilfredo Tovar hit a leadoff single. Tovar advanced to second base on a Mason Williams sacrifice bunt. David Rodriguez followed with a single, scoring Tovar to cut the deficit to two, 3-1.

In the bottom of the seventh, Albert Almora Jr. hit a one-out single. Two batters later, with lightning striking beyond the stadium, Thompson brought the thunder to the park with a game tying, two-run homer over the left-field wall to knot the game up, 3-3. After Travis Blankenhorn was retired for the third out, the tarp was put on to the field and the game was called 40 minutes later because of the rain and ruled a completed game.

With this 13-game homestand complete for Syracuse, the Mets now have an off day on Monday before going on the road for a 12-game road trip that begins on Tuesday night at Lehigh Valley with a 7:05 p.m. first pitch against the Iron Pigs.