Mets offense breaks out in win over Nationals 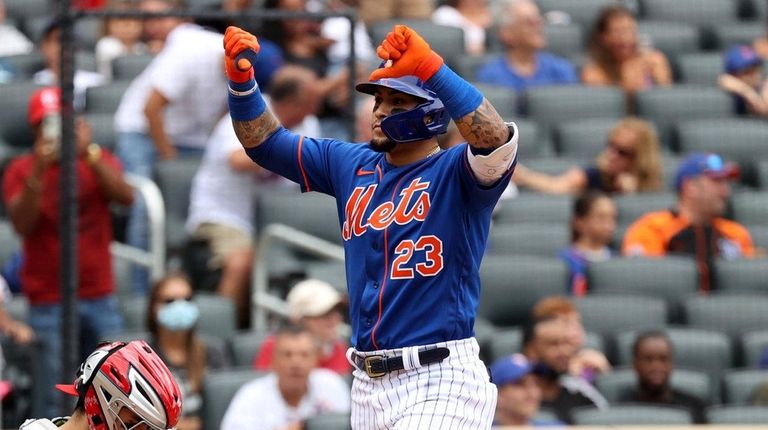 As whatever magic the Mets unearthed early this year began to fade, so too did production from their “Bench Mob” group of players that was so impactful early in the season. Kevin Pillar hit a slump, Tomás Nido battled injuries and so on and so forth — with one notable exception.

Even as others have scuffled around him, Jonathan Villar has remained a steady source of production in a part-time role for the Mets. He continued it Sunday, falling a double short of the cycle while scoring three and driving home two runs in the Mets’ 9-4 win over the Nationals at Citi Field. Villar’s efforts allowed New York to win consecutive games for the first time in more than two weeks.

Overall, Villar’s baseball card features few eye-popping numbers. He has nonetheless sparked more consistently than just about any Met. In the fifth inning Sunday, Villar hit a triple that might have been an inside-the-park homer had he run harder out of the box. He wound up scoring anyway on Pete Alonso’s RBI single, before removing any doubt in his next at-bat with a two-run homer. Javier Báez also hit a second-deck, two-run shot to make a winner of Tylor Megill, who allowed two runs in five innings.