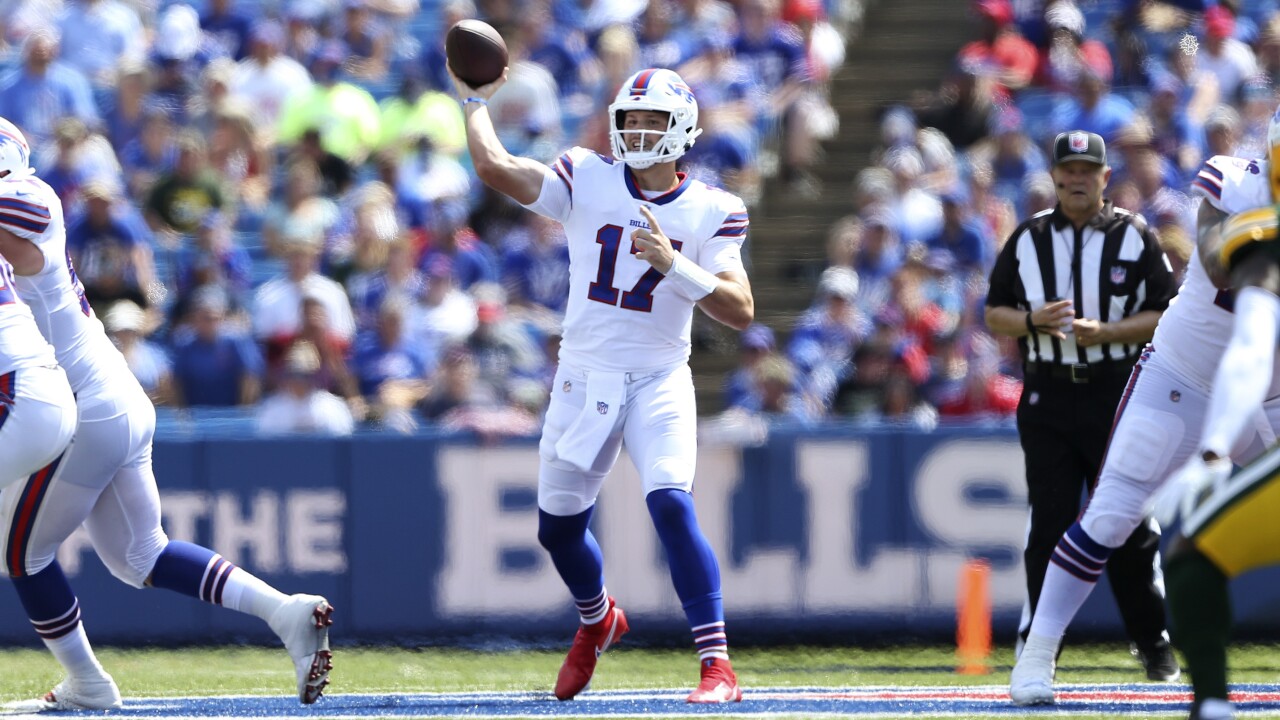 Allen kicked off the opening drive with a modest one-yard completion to running back Devin Singletary. Next came a pass to Cole Beasley for six yards. Bing. A strike to Gabriel Davis along the right side for a first down. Bing. Another six-yard completion, this time to tight end Dawson Knox.

Allen and the Bills opened the game with nine completions on nine straight passes, flexing the depth of their receiving corps on an afternoon when receiver Stefon Diggs did not play. The drive set the tone for a productive day from the Bills quarterback, who completed 20 of 26 passes for 194 yards and two touchdowns in one half of what ended as a 19-0 victory.

Sanders, the veteran newcomer on the Bills’ receiving corps who has played with the likes of Ben Roethlisberger, Peyton Manning, and Drew Brees during his career, could hardly contain his enthusiasm regarding the Buffalo offense afterward.

“Man, it was fun,” Sanders said. “Practices don’t do it justice, truthful. I mean, it was up-tempo, no huddle, slinging the ball around. It was fun. Like, we were supposed to play a half, but I looked to Stef and said, ‘I don’t want to come out.'”

Bills head coach Sean McDermott elected to play Allen and most of his fellow starters on offense after sitting the quarterback during the team’s first two preseason contests. Allen pointed to his first touchdown pass as the sort of play that made the repetitions worth it.

The play came on the opening drive, after Allen’s run of consecutive completions ended with a short pass to Sanders and a sack that set up 3rd-and-20 at the Green Bay 31-yard line. Allen responded with a strike over the top to Davis, who caught the ball in the end zone with a step on his defender.

“We hadn’t thrown that type of ball and that read in OTAs, all camp, so to get that rep was great,” Allen said. “Gabe did exactly what he’s supposed to do and fortunately I was able to have time back there, the O-line held up and I was able to give him a chance to go catch a ball.”

The pass was one of three highlight-reel plays from Allen, who looked the part of a quarterback who was ranked No. 10 among the NFL’s Top 100 players by his peers on Saturday. Allen conjured memories of his playoff performance against Indianapolis with an on-the-run throw against his body to Cole Beasley on Buffalo’s second scoring drive, which ended with a short touchdown pass to running back Zack Moss.

“I mean, it’s not a surprise,” Moss said. “We all know what he can do with his arm, and he just picked up where he left off last year. So, super excited to see where he leads this team throughout the year.”

Allen’s third highlight came with his legs, a fourth-down scramble on which the quarterback was clocked at 19.4 milers per hour. Allen saw the number and made sure to spread the word on the sideline, playfully challenging running back’s Matt Breida’s title as fastest player on the team.

“That’s impressive as well,” Sanders said. “I mean, deservedly so, his contract speaks for what type of player he is.”