Mets swept by Giants to cap off brutal 13-game stretch 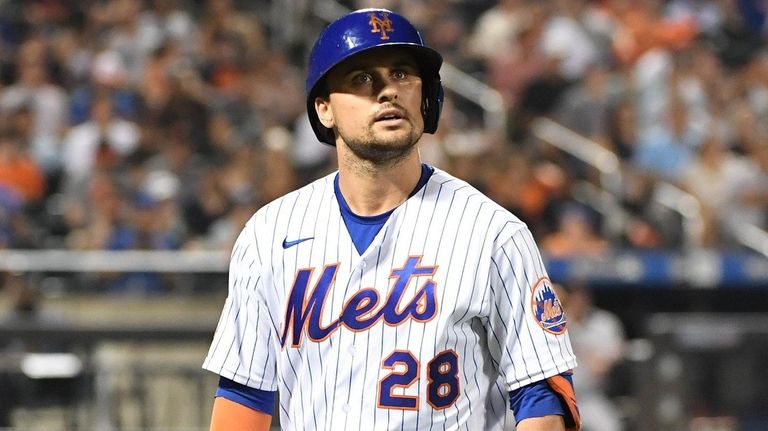 Even if the Mets are not able to make a spirited comeback up the National League East standings — a prospect that grows increasingly unlikely by the day — Carlos Carrasco can at least use the next five weeks to ease some of New York’s long-term rotation questions.

Carrasco delivered easily his deepest and best start of the season on Thursday night, holding the Giants to two runs over seven innings in a 3-2 loss. Once again, it wasn’t enough for the Mets, who have now lost 18 of their past 24 games to fall a season-high 7 1/2 games out of first in the NL East, a stretch that included dropping 11 of 13 to the Giants and Dodgers.

But Carrasco’s outing at least gave the Mets hope for brighter horizons. Entering the night, the right-hander had allowed 13 runs over his previous eight innings, spanning three starts. Far from the quality option the Mets thought they were receiving alongside Francisco Lindor in their blockbuster offseason trade with Cleveland, Carrasco had struggled since missing the first four months of the year due to a torn right hamstring.