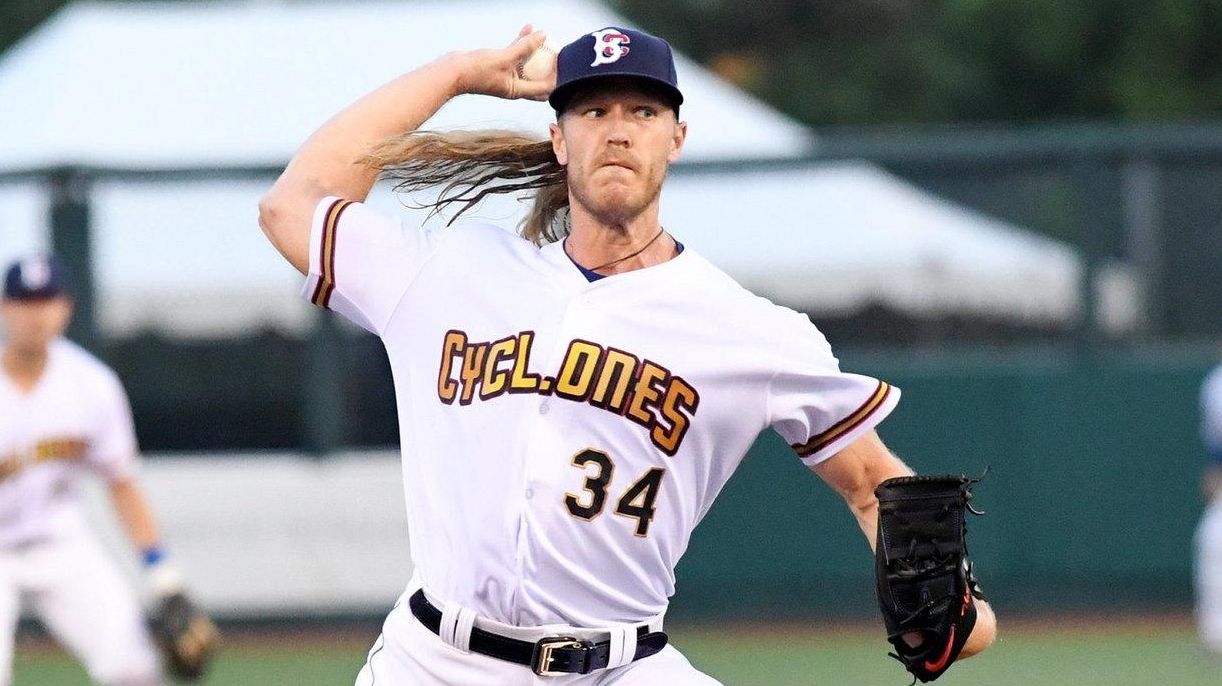 The rest, at least, went better than that.

Pitching for the first time since leaving a May 25 start for Low-A St. Lucie due to right elbow inflammation, Syndergaard touched 96 mph with his fastball while sitting in the mid-90s for High-A Brooklyn against Aberdeen on Thursday. In addition to giving up Sparks’ homer, Syndergaard hit a batter and struck out another over one inning, throwing only fastballs and changeups.

One scout in attendance described Syndergaard as “nowhere close” to a return, which is perhaps unsurprising given how much time he has missed.

Noah Syndergaard's first inning in Brooklyn is in the books.

After surrendering a leadoff homer, he induced 2 groundouts, hit a batter and struck out a batter. pic.twitter.com/nkakGLqRyt

Syndergaard has not appeared in a Major League game since Sept. 29, 2019. Six months later, he underwent Tommy John surgery with an eye toward returning this June. However, the setback on Syndergaard’s previous rehab assignment required him to shut down from throwing for several weeks before building back up again, which delayed his return by about three months.

The Mets now hope that Syndergaard can return in September in a relief role, which will theoretically shorten his rehab assignment.

“I know he’s open to do it,” Mets manager Luis Rojas said, noting the team has yet to make any firm decisions. “We just want to see how he goes from outing to outing right now. For him to see batters for the first time in a while … it’s huge for him.”