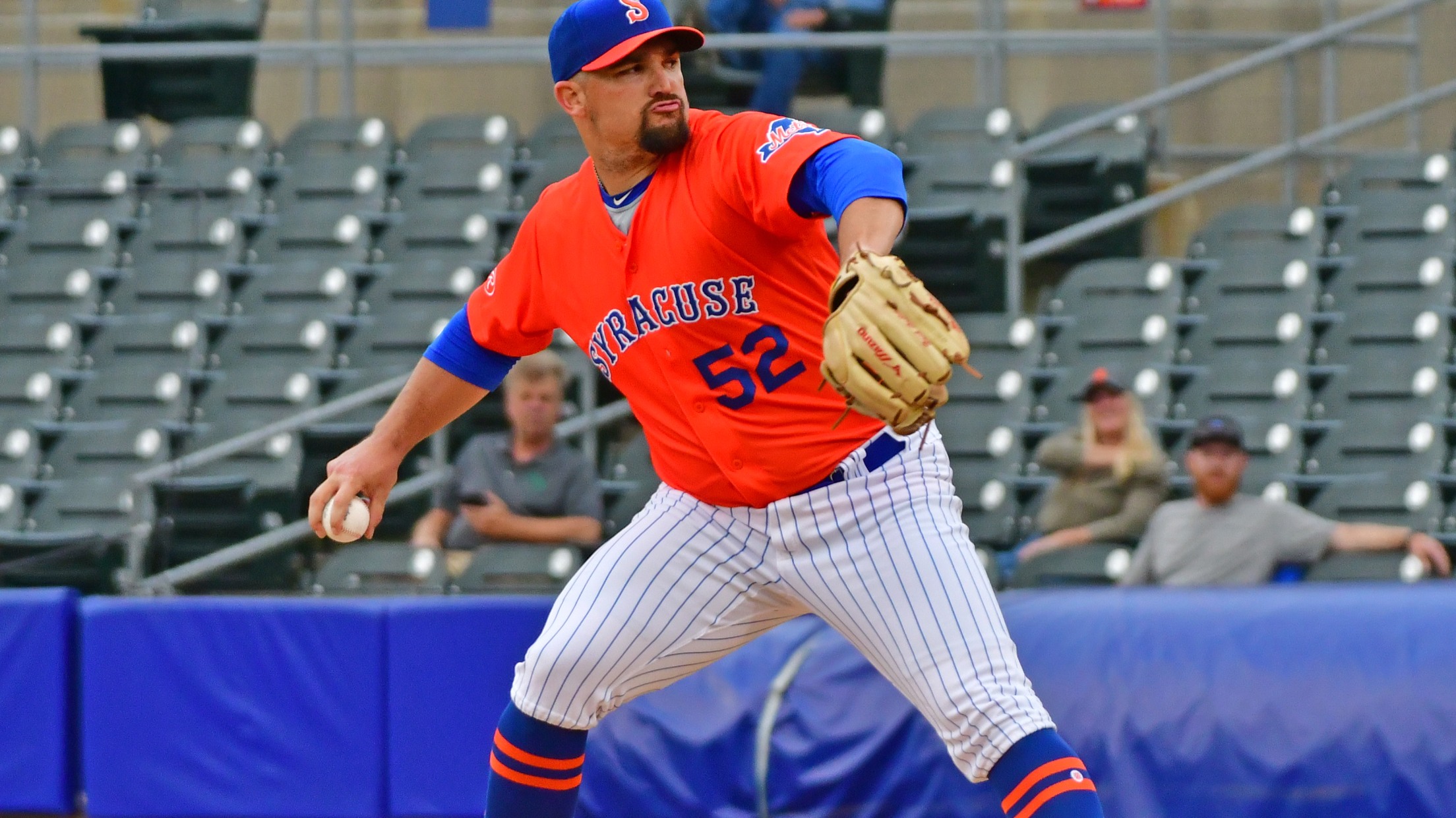 Behind a dominant outing in game two from starting pitcher Zack Godley, the Syracuse Mets split Wednesday night’s doubleheader with the Rochester Red Wings, shutting out Rochester in game two, 5-0, after falling in game one, 7-1. Godley delivered six scoreless innings, allowing just one hit and one walk while striking out three.

In game one, Rochester (41-54) struck first with a pair of home runs in the top of the fourth inning. Syracuse starting pitcher Vance Worley’s first three innings were perfect, but he allowed a one-out solo homer to Keibert Ruiz as the Red Wings took a 1-0 lead. After Daniel Palka grounded out, Jake Noll went deep to increase the lead to 2-0.

Rochester added two more runs in the fifth. Jecksson Flores hit a one-out single, and Ben Braymer followed with a walk. Andrew Stevenson then connected on a one-run double, scoring Flores to make it 3-0 Red Wings as Braymer went to third base. After Ruiz flied out, Daniel Palka hit an RBI single to hand Rochester a 4-0 lead.

In the top of the seventh, Blake Swihart worked a leadoff walk. Andrew Stevenson followed with a single. Ruiz then hit his second home run of the game and fourth of the series to give the Red Wings a commanding 7-0 lead.

Syracuse (38-58) finally got on the board in the bottom of the seventh. Cheslor Cuthbert hit a leadoff double. Wagner Lagrange followed with an RBI single to make it 7-1 with Rochester still in front.

In game two, the score was 0-0 in the bottom of the third when Godley singled with one out. Mason Williams followed with a two-run homer to put the Mets ahead 2-0.

In the bottom of the fourth, Orlando Calixte and Martin Cervenka led off the frame with walks. Next, Cody Bonahek delivered with a one-run single to make it 3-0 Syracuse.

The Mets added some breathing room in the bottom of the sixth. Josh Reddick worked a one-out walk. and Calixte followed with a single, advancing Reddick to third. Cervenka then grounded out, but Reddick scored on the play to put Syracuse ahead 4-0. Then Bonhaek came in clutch again with another RBI single to increase the lead to five, 5-0.