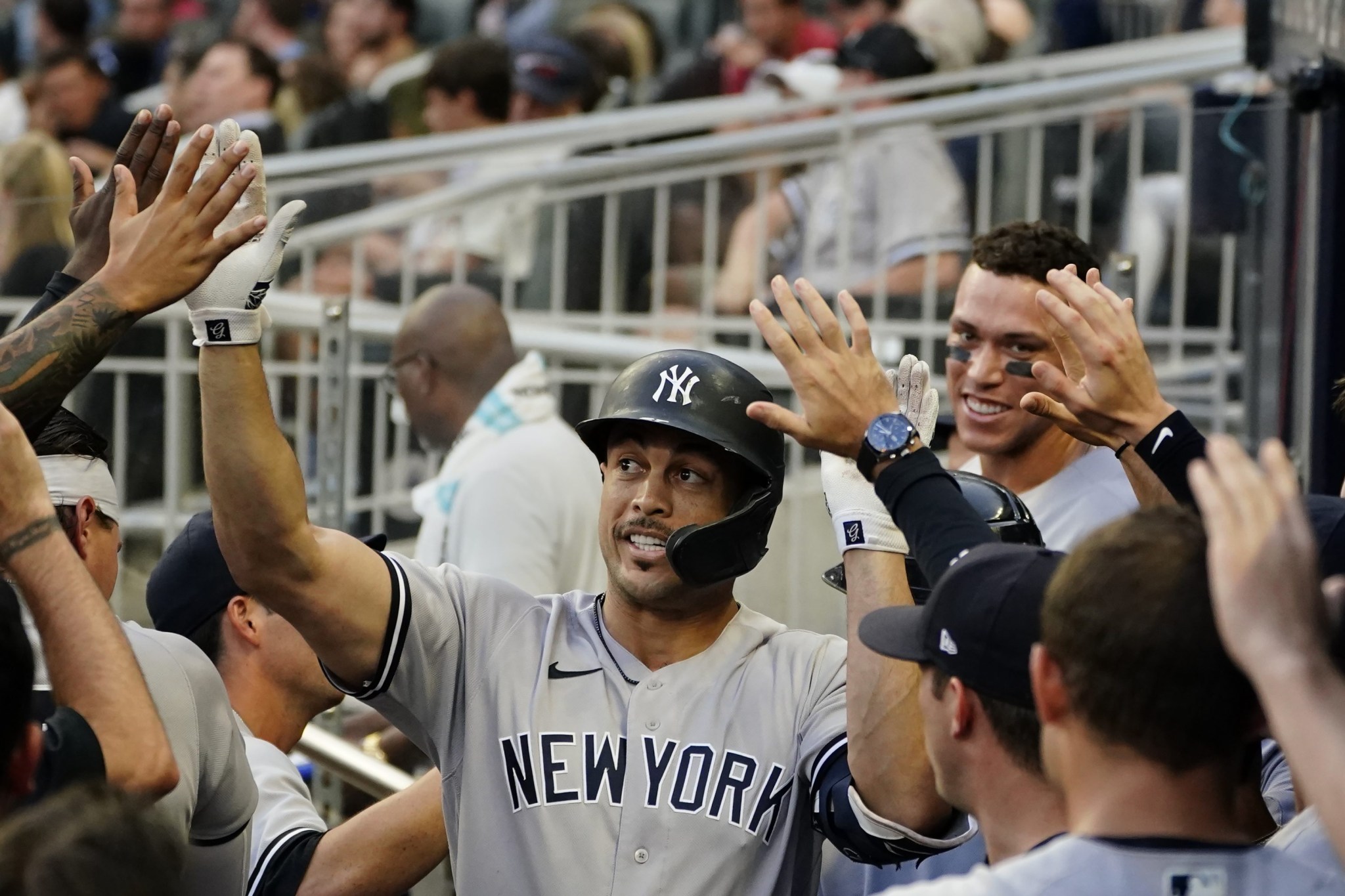 The stage was set for a battle of the heavyweights on Monday night at Truist Park.

The Yankees (73-52) and Braves (68-57), each having won nine consecutive games, were due for a historic matchup; it was the first time in nearly 120 years that two teams riding win streaks of that length faced off against one another. Only one club would be able to emerge from the high-stakes contest with that streak intact.

On the back of perhaps the biggest heavyweight on their roster, that team was the Yankees. After putting New York on the board first with a solo home run in the second inning, Giancarlo Stanton ripped a 119.2 mph go-ahead two-run double to left field — the hardest-hit ball in Truist Park history — in the sixth to deliver a 5-1 win in the opener of the two-game series in Atlanta.

Starter Jordan Montgomery didn’t have his best stuff — walking a season-high-tying four Braves — but he did enough to best Atlanta starter Huascar Ynoa, who struck out nine Yankees across six strong innings. Montgomery tossed five innings of one-run ball on just two hits, pitching out of trouble in each of his final two frames.

The Yankees have won 10 consecutive games for the first time since Sept. 9-19, 2020, and they made it happen with what has become a familiar formula for them over the past week and a half. Thanks to Gary Sánchez’s two-run single in the eighth, New York has now scored at least five runs in eight of those 10 games. And after Jonathan Loaisiga, Wandy Peralta and Aroldis Chapman added four scoreless frames in relief, Yanks pitchers have held opponents to three runs or fewer in eight of those 10 victories.