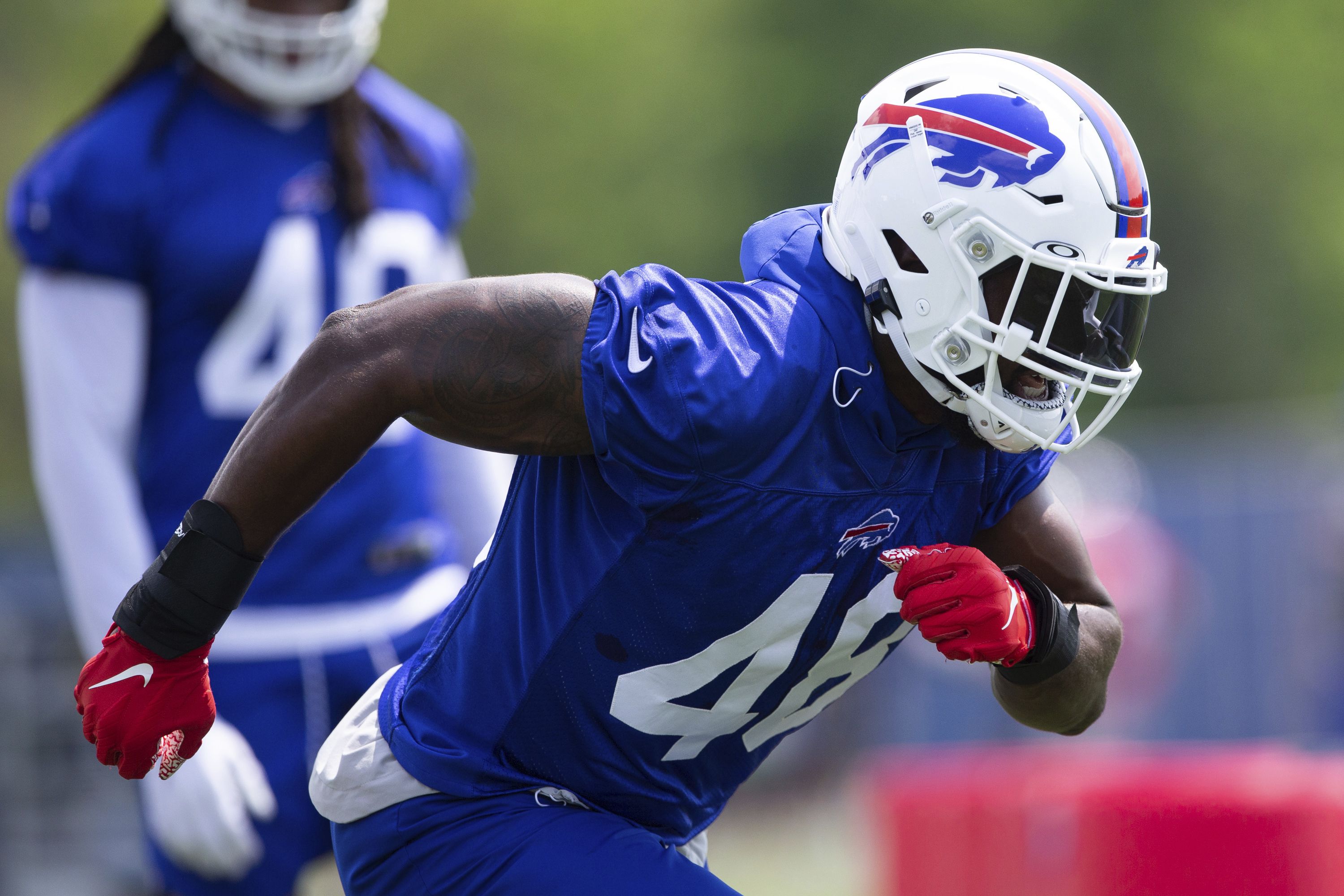 The Buffalo Bills were required to cut their roster down to 81 players by 4:00pm Tuesday afternoon. To meet that requirement, they released five players from their roster, the team has announced. The players removed were LB Tyrell Adams, OL Tyler Gauthier, TE Bug Howard, WR Lance Lenoir, and S Tariq Thompson.

Adams is the biggest surprise of the bunch. He signed a one year, $1.13 million contract with the Bills this offseason. Adams had 125 tackles in 12 starts last season for the Houston Texans, but didn’t distinguish himself in practice or games when compared against other players like Tyrel Dodson, Joe Giles-Harris, and Andre Smith. The Bills will take a $100k dead cap hit from his guaranteed money in releasing him.

Gauthier, a former undrafted center, signed with the Bills at the end of July to reinforce their depth. The team has Mitch Morse and Ryan Bates locked in, and that’s presumably all they needed. Maybe we’ll see a glimpse of Jamil Douglas or Jack Anderson snapping the ball this weekend.

Howard also signed with the Bills at the end of July. The former receiver had an opportunity to play his way onto the practice squad when Tommy Sweeney injured his foot, but ultimately played sparingly and didn’t receive any passing targets in the preseason.

Lenoir reportedly stood out in training camp practices, with smooth route running and a few big plays, so it’s a bit surprising to see him off the roster. Doubly so when the Bills have a few injured receivers on the roster already. Still, there’s a chance that the UDFA might stick on the practice squad.

Thompson was another UDFA rookie from this year’s signing class. He had three tackles in two preseason games, but ultimately didn’t stand out relative to fellow rookies Damar Hamlin and Nick McCloud (or second year pro Josh Thomas).