NFL Commissioner Roger Goodell: ‘I think a new stadium is what’s needed’ for the Buffalo Bills 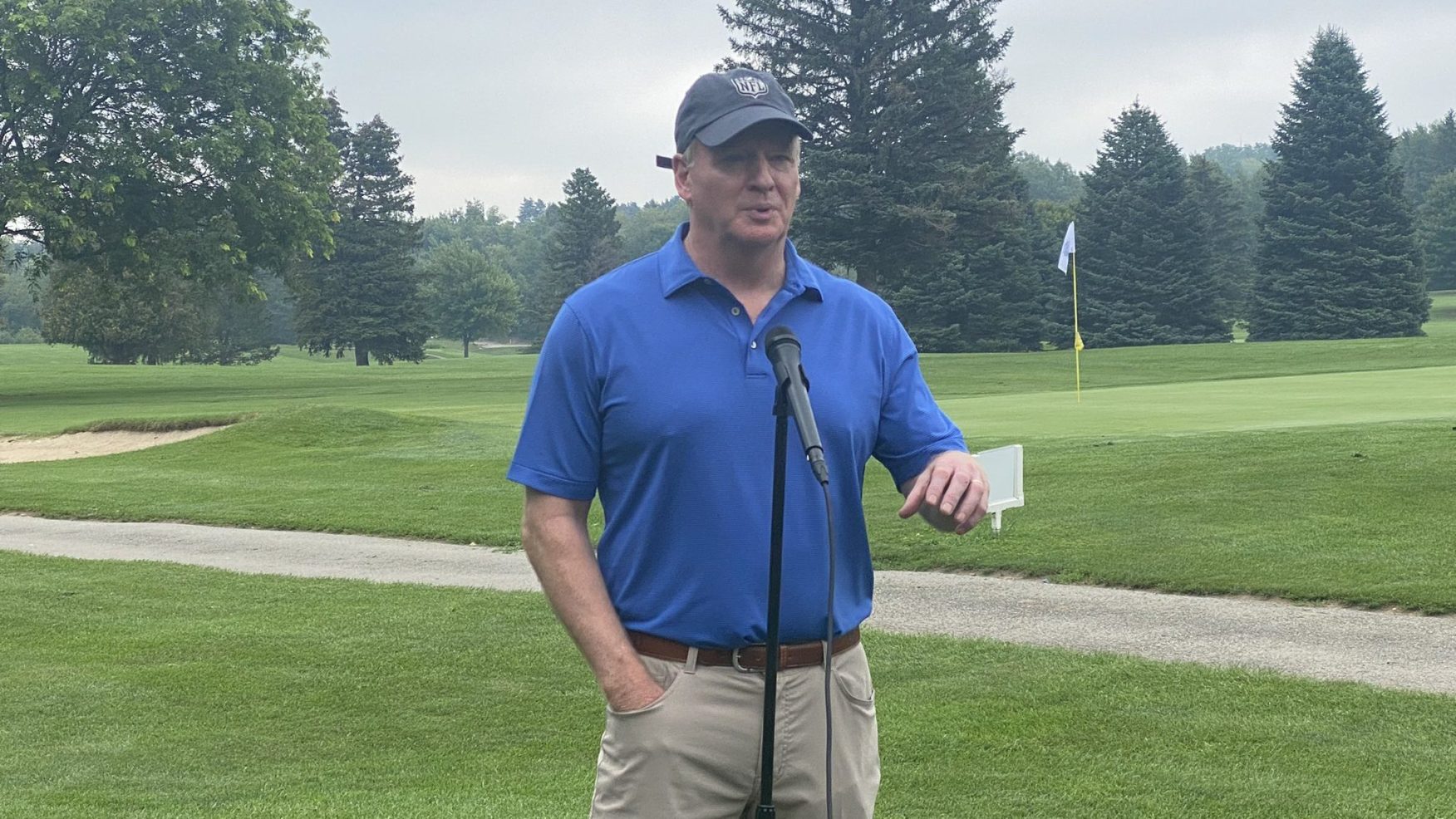 While attending the Jim Kelly Celebrity Classic at Terry Hills Golf Course in Batavia, NFL Commissioner Roger Goodell commented on the potential for a new stadium for the Buffalo Bills.

Goodell, a Jamestown native, said “I think a new stadium is what’s needed. I think it’s going to require a public/private partnership. I think the Bills and the community, and probably the NFL, are all gonna have to come together and figure out how to do that in a smart way and I think we will.”

NFL Commissioner Roger Goodell: A new stadium is what's needed and it has to be one that fits Buffalo. @WKBW pic.twitter.com/MJiJVHqC1y

Goodell also addressed the rumors that are swirling about the Bills potentially being moved if a stadium deal is not agreed on, the commissioner said the Bills staying in WNY is important and he believes if all sides come together a deal will get done.

There's been talks about the Bills potentially being moved if a stadium deal isn't agreed on. Goodell says the Bills staying in WNY is very important and he believes everyone will find a way to get it done. @WKBW pic.twitter.com/UdHYW1udAv