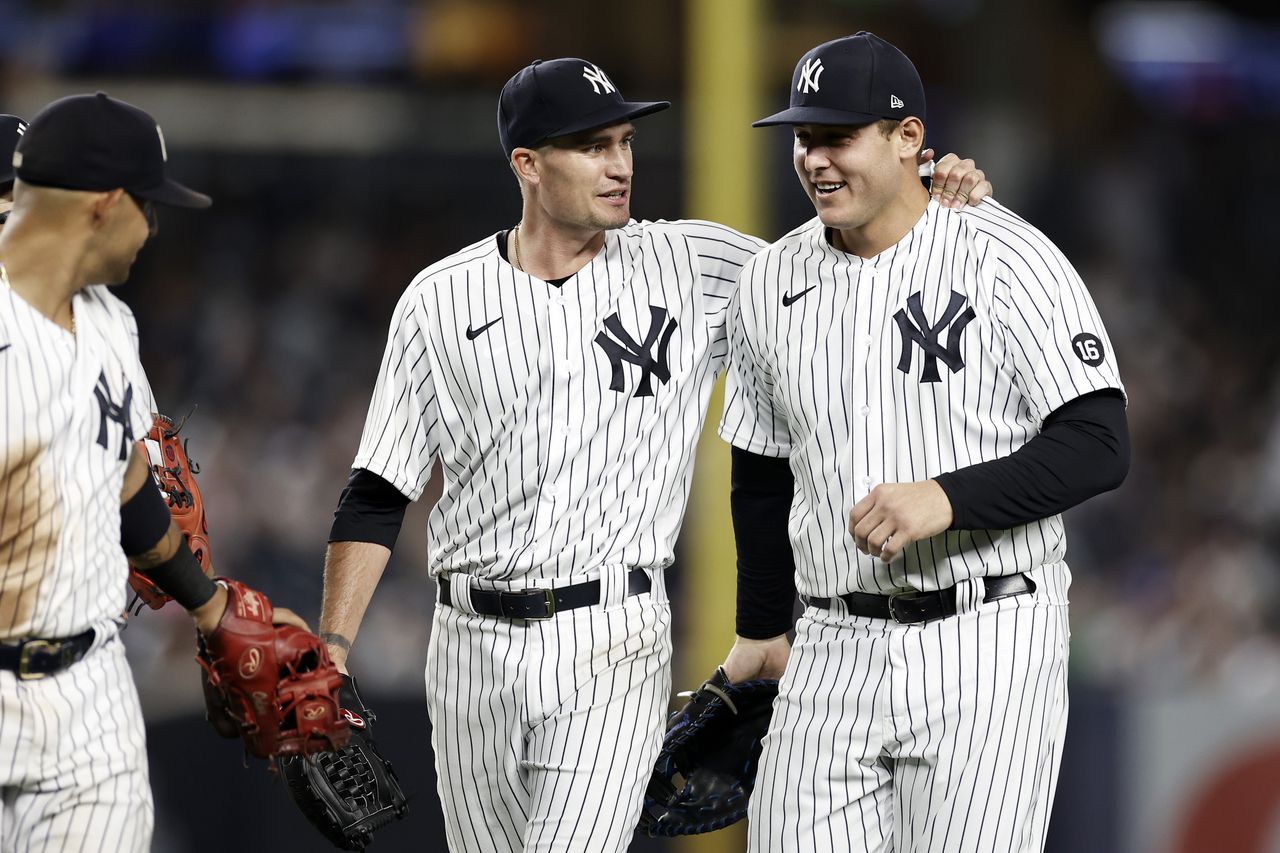 Andrew Heaney stalked into a makeshift interview room resting over what had once been an Iowa corn field last week, expressing his disappointment at the outcome of the Field of Dreams Game — specifically, that he hadn’t given the Yankees a chance to win.

Vowing to get it right next time, the left-hander followed through, spinning seven terrific innings to help the Yankees (69-52) complete a sweep of a three-game series with a 5-2 victory over the Red Sox (69-54). The sizzling Bombers have won 23 of their last 31 games since July 17, the best record in the Majors over that span.

Heaney had struggled with the long ball through his first three starts in a Yankees uniform, thumped for eight homers among 15 runs and 15 hits in a symmetrical 15 innings. Xander Bogaerts launched a first-inning homer, but Heaney settled in, holding Boston to just one other hit in a 108-pitch effort. Heaney walked two and struck out four.

New York batted around for four runs in the second inning, knocking Boston starter Nick Pivetta from the game after recording only five outs. Brett Gardner lifted a sacrifice fly, Andrew Velazquez stroked a run-scoring single and Anthony Rizzo connected for a two-run hit in his return from the COVID-19 injured list.