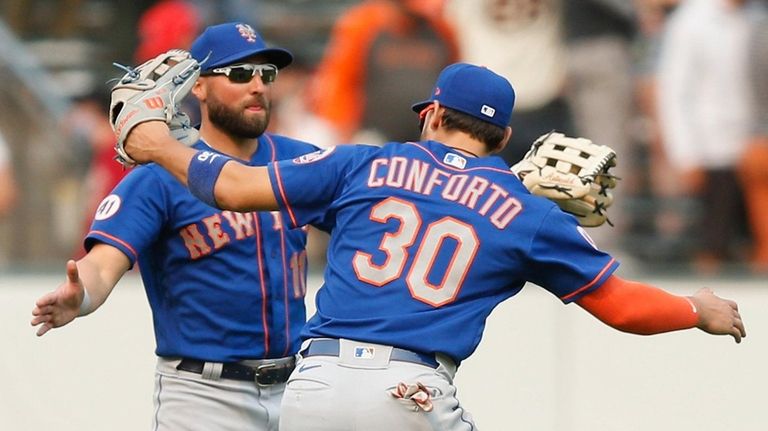 The Mets have desperately needed a spark. They finally found one.

On a hazy Wednesday afternoon, when the typically blue San Francisco skies were a whitish-gray due to wildfires up north, Kevin Pillar blasted a go-ahead three-run home run in the top of the 12th inning to lead the Mets to a 6-2 win over the Giants at Oracle Park. It was just one win, but given how the month has unfolded, it felt like so much more.

It’s impossible to overstate the importance of this win. New York snapped a five-game losing streak, avoided being swept in back-to-back series and is back at the .500 mark (60-60). More than that, the Mets, if for but one afternoon, flashed an ability to come up with big hits in big spots.

To even get to extra innings required some timely hitting on New York’s part. After trailing 1-0 for almost the entire game, the blue and orange rallied in the ninth when it mattered most.

Pete Alonso led off the inning by getting plunked, falling in pain before making his way to first. New York’s slugger then went from first to third on a single by Michael Conforto. When J.D. Davis flew out to medium-deep right field, Alonso scored the tying run.