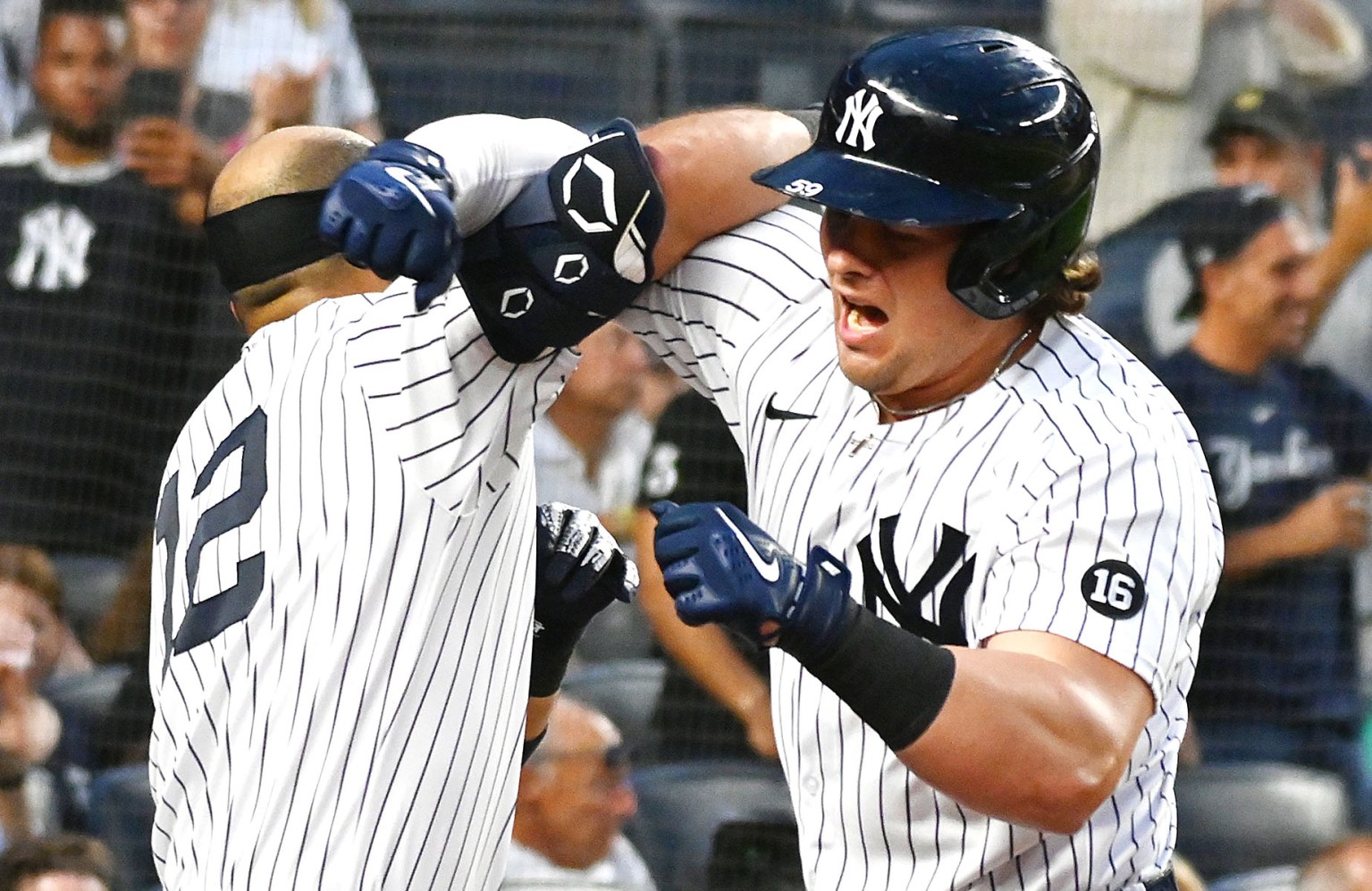 Luke Voit and Giancarlo Stanton homered to support another impressive start by rookie Luis Gil, helping the Yankees to a 2-0 victory on Tuesday evening and completing a doubleheader sweep of the Red Sox at Yankee Stadium.

New York (68-52) moved into a tie with the Red Sox (69-53) for an American League Wild Card spot — quite a turnaround for the sizzling Bombers, who trailed the division-leading Red Sox by nine games the last time these rivals met in late July.

After Jonathan Loaisiga locked down the final six outs of the day game, a 5-3 New York win, Voit got the Yanks on the board with a second-inning homer off right-hander Nathan Eovaldi — Voit’s sixth of the season and his second in three games.

Stanton launched his 19th homer of the season in the fourth inning, backing Gil, who pitched around three hits and four walks over 4 2/3 innings, striking out four.

The Yankees’ No. 6 prospect according to MLB Pipeline, Gil has twirled 15 2/3 scoreless innings to begin his Major League career. According to the Elias Sports Bureau, that is the most by a Yankees starter in the Expansion Era (since 1961), surpassing Joba Chamberlain’s 15 1/3.

Wandy Peralta made a terrific defensive play to keep the Red Sox off the board in the sixth, hit by Bobby Dalbec’s two-out liner. Peralta scrambled to retrieve the ball, firing a strike to first base.