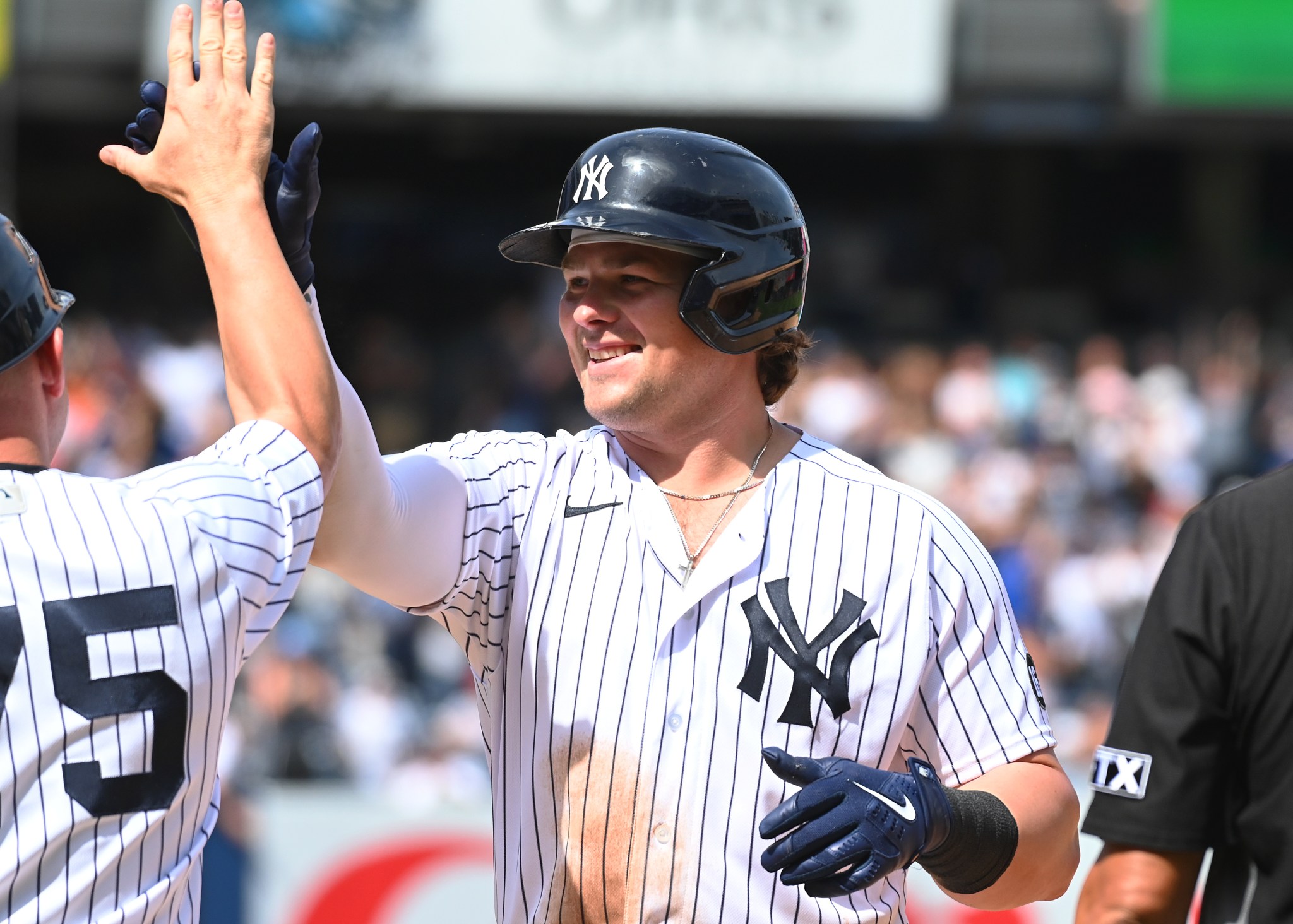 The Yankees waited, waited, then waited some more.

A fifth-inning display of patience was rewarded as Luke Voit lifted a go-ahead, two-run single into shallow center field, helping to power a 5-3 victory over the Red Sox in the first game of a day-night seven-inning doubleheader on Tuesday at Yankee Stadium.

Voit’s bloop hit followed one-out walks by Brett Gardner, Aaron Judge and Joey Gallo as the Red Sox were burned by an ineffective bullpen display. Giancarlo Stanton came off the bench to lace a 116.2 mph RBI single, extending New York’s lead as it batted around in the frame.

The Yanks improved to a Major League-best 21-8 since July 17, rallying after left-hander Jordan Montgomery permitted three runs over 4 2/3 innings in his return from the COVID-19 injured list. Xander Bogaerts stroked a two-run single in the third inning and Christian Vázquez hit a go-ahead homer in the fifth off Montgomery, who scattered five hits, walked two and struck out six.

Andrew Velazquez, a product of the Morris Park section of the Bronx, drilled a two-run single in the second inning. Velazquez had a loud cheering section on hand Monday, and his hit accounted for the damage off Boston right-hander Tanner Houck, who permitted two runs and five hits over four innings.