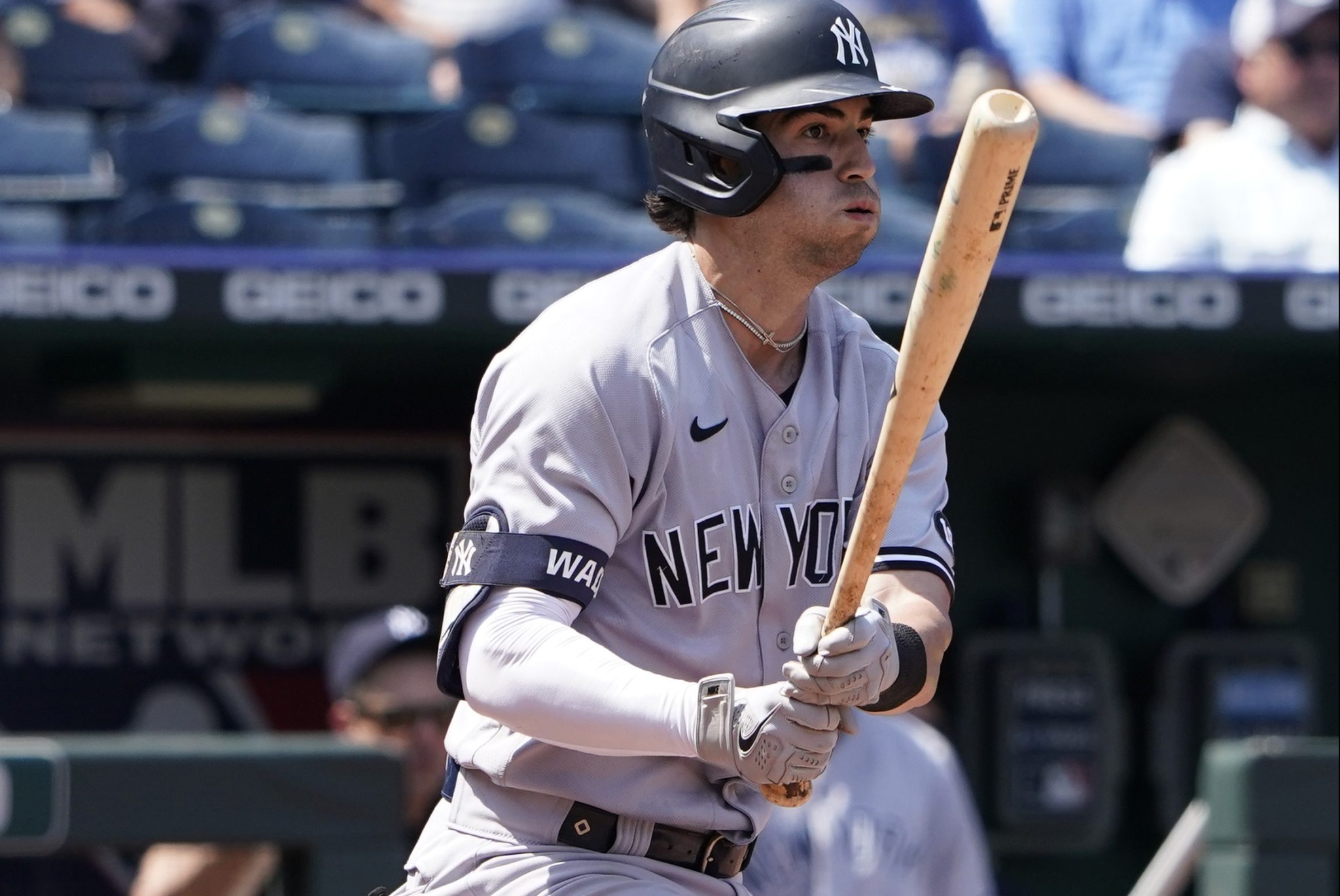 The name of the game for the Yankees on Wednesday was rallies — both their ability to string them together early on offense and shut them down on the mound when the Royals began to do the same.

New York pelted Kansas City starter Brady Singer for 10 hits in 3 2/3 innings, scoring five times and keeping the pressure on en route to a 5-2 victory at Kauffman Stadium. It sealed the series win for the Yankees, who leave town for Dyersville, Iowa, where they will play the White Sox in the Field of Dreams Game on Thursday.

The Yankees got after it right away, as a single and a pair of walks loaded the bases with just one out in the first. Luke Voit knocked in a couple runs with a single to right, and Rougned Odor followed with a base hit of his own to make it a 3-0 ballgame and summon a mound visit for Singer.

New York racked up two singles, a double and a walk over the next two frames, but Singer was able to escape with two zeroes in the run column. That wasn’t the case in the fourth, however, as Tyler Wade doubled, stole third and scored on a DJ LeMahieu single to make it 4-1. Brett Gardner and Aaron Judge followed with a pair of hits, bringing in Wade and knocking Singer from the game.

Lucas Luetge allowed a run to score in the first, but he was mostly solid over two innings in his first start of the season, yielding just two hits and walking none. The Yankees followed with a stable of five relievers, the most crucial of which being Albert Abreu, who shut down two potential rallies by the Royals.

The first came in the third, when Whit Merrifield singled and advanced to second on a balk. Abreu didn’t let that rattle him, getting Nicky Lopez to ground out and Salvador Perez to go down swinging to end the inning. Abreu walked the tightrope again in the next frame. After allowing a pair of one-out singles, he struck out Michael A. Taylor and Emmanuel Rivera to escape with another scoreless frame.