Syracuse Mets bounce back with 11-4 win over Worcester 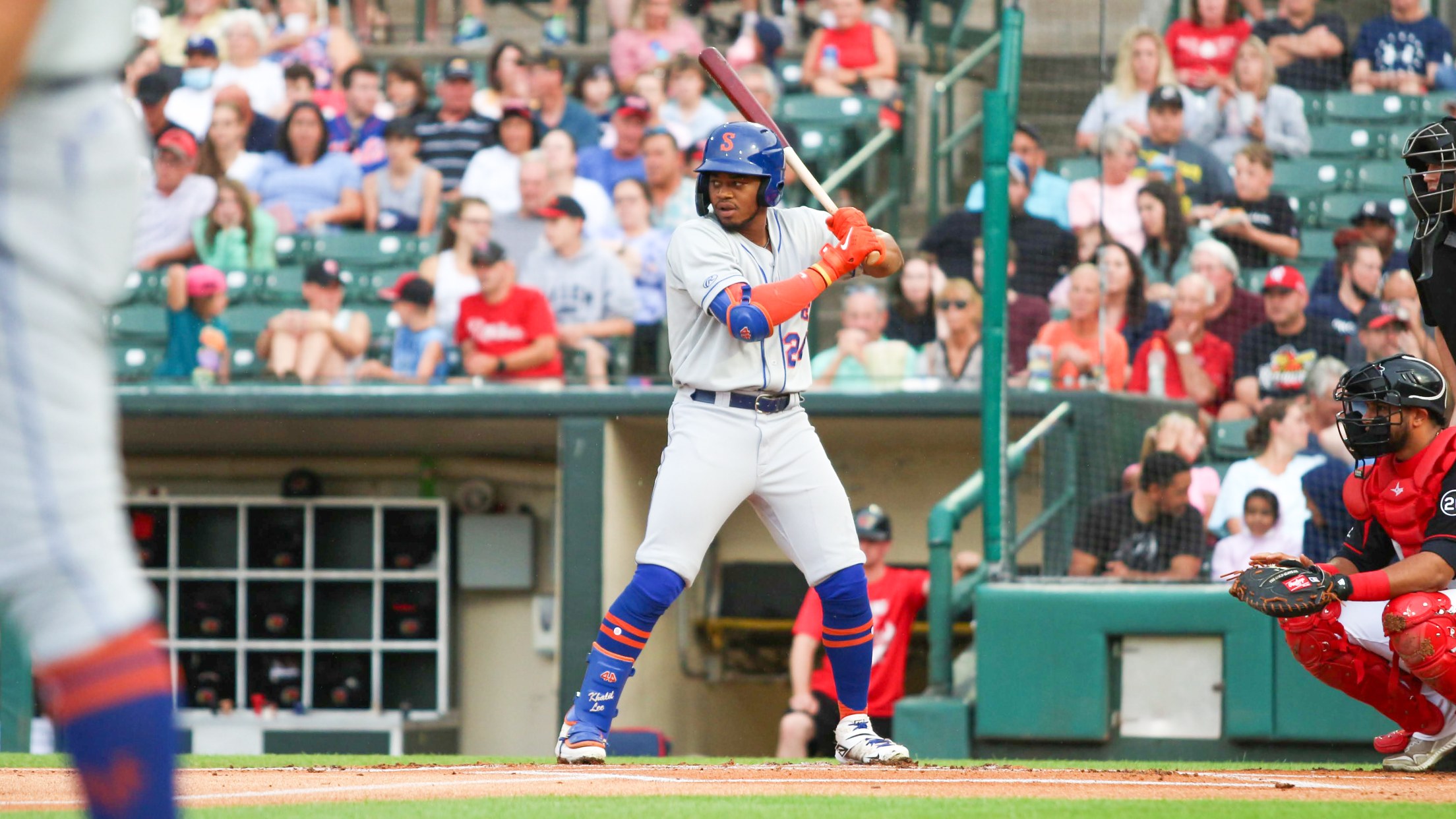 The Syracuse Mets scored five runs in the top of the ninth inning en route to an 11-4 win over the Worcester Red Sox on Wednesday afternoon at Polar Park. Mets slugger Khalil Lee hit a home run for the second consecutive game in the victory. In eight games in August, Lee is hitting .360 (9-for-25) with two home runs and three RBIs.

Syracuse (30-54) led, 6-4, going into the ninth inning where the Mets proceeded to put this game away. Wagner Lagrange drilled a one-out double to center field for his first Triple-A hit. Then, Orlando Calixte connected with a pitch for an RBI single to score Lagrange and make it 7-4 Mets. After Cody Bonahek was hit by a pitch, Mark Payton singled to bring home Calixte and increase the lead to four, 8-4. Wilfredo Tovar followed with a three-run homer on his 30th birthday to put the game on ice and extend the Syracuse advantage to seven, 11-4, before Mets reliever Tom Hackimer pitched a 1-2-3 bottom of the ninth inning to secure the win for Syracuse.

Worcester (46-38) brought home the game’s first run in the bottom of the first. Delino DeShields hit a one-out double, followed by a Joey Meneses RBI single to put the Woo Sox ahead 1-0.

After not getting a hit in the first three innings, the Mets put together a big top of the fourth to take the lead. Payton led off with a single, and Tovar followed with a walk. After Travis Blankenhorn lined out, Lee was hit by a pitch to load the bases. Patrick Mazeika then ripped a two-run double down the line in right field to give the Mets the 2-1 lead. After Chance Sisco walked, Lagrange hit a sacrifice fly to center field to score Lee and make it 3-1 Syracuse.

The Mets scored another hat trick in the top of the fifth inning, adding an additional three runs. Cody Bohanek hit a leadoff single, and Payton followed with a ground out into a fielder’s choice where Bohanek was out at second base, but Payton was safe at first. After Tovar lined out, Blankenhorn hit a double to center field to score Bohanek and increase the lead to three, 4-1. Lee then followed with a two-run home run to make it 6-1 Mets.

Worcester cut into the deficit in the bottom of the fifth, thanks to two home runs. Jack Lopez hit a leadoff home run to make it 6-2 with Syracuse still in front. Then with two outs, Yairo Muñoz lifted a solo homer to left field to bring the Woo Sox within three, 6-3.

Jared Eickhoff got the start for Syracuse and picked up the win. The major league veteran delivered five innings, allowing three runs on six hits, issuing no walks, and striking out five batters.

Jake Reed followed Eickhoff and pitched a scoreless sixth inning. Then in the seventh, Eric Orze came out of the bullpen to make his Syracuse debut and delivered a 1-2-3 frame with two strikeouts.

In the bottom of the eighth, Jeremy Rivera led the Red Sox off with a walk, and then Muñoz struck out. With Delino DeShields at the plate, Rivera advanced to second on a balk by Orze. DeShields then grounded out to third base, but Rivera moved to third base on the play. Meneses then picked up an RBI single to make it a two-run game, 6-4, before Syracuse’s offensive outburst in the ninth.

The Mets and Woo Sox return to Polar Park on Thursday for game three of the six-game series. First pitch is set for 6:35 p.m.