Yankees hang on for wild extra-inning victory over Royals 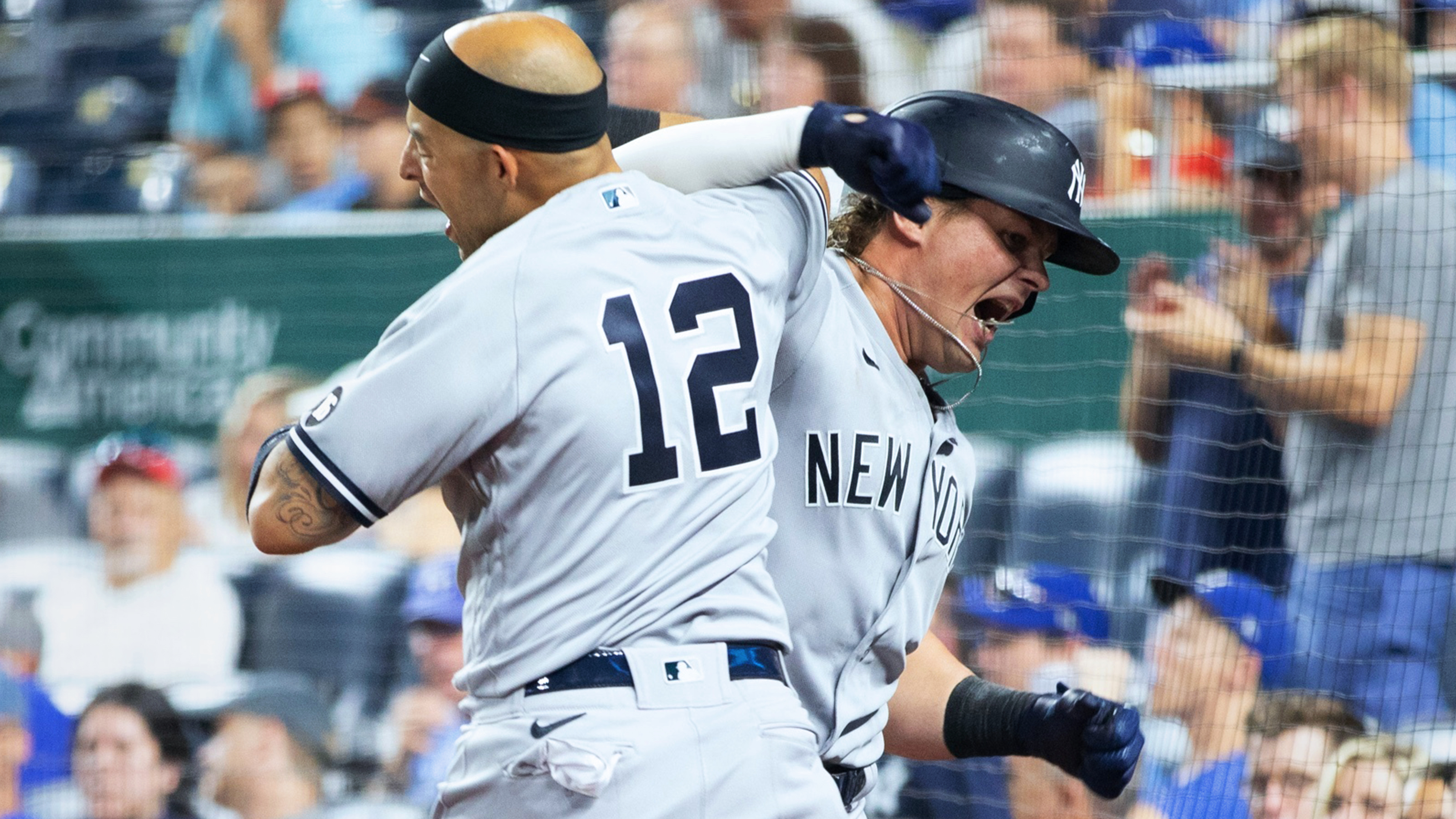 DJ LeMahieu drilled a run-scoring double in the top of the 11th inning, helping the Yankees deliver one of the final blows of a historic back-and-forth 8-6 victory over the Royals on Monday at Kauffman Stadium.

Luke Voit enjoyed a strong performance in his home state, driving in the game’s first run with a seventh-inning single and a go-ahead homer in the ninth. The Yanks’ bullpen endured a rough evening in relief of Jameson Taillon, coughing up four late leads before Wandy Peralta worked the 11th for his third career save.

Voit knocked out Hernández in the seventh, but Kansas City answered with an unorthodox run fueled by an errant Jonathan Loaisiga pickoff throw and a questionable balk that prompted Aaron Boone’s fourth ejection of the season, then Ryan O’Hearn’s sacrifice fly.

Aaron Judge put New York back in front by connecting on a tough eighth-inning slider from reliever Scott Barlow, chasing home Tyler Wade, but Loaisiga permitted two baserunners before Andrew Benintendi once again evened the game with a hit off Chad Green.

Voit’s go-ahead knock was erased in the ninth as Zack Britton couldn’t close out the lead, surrendering a two-out RBI single to Nicky Lopez. Kyle Higashioka and Brett Gardner drove in runs in the 10th, but so did Jarrod Dyson and Hanser Alberto, spoiling Clay Holmes’ attempt at his first career save.

With Gerrit Cole and Jordan Montgomery among those having recently landed on the Yanks’ crowded injured list, Taillon continued to be a rotation stalwart. The right-hander spun six-plus splendid innings, scattering four hits while lowering his season ERA to 3.82. Taillon is 4-0 with a 1.45 ERA across his last seven starts.