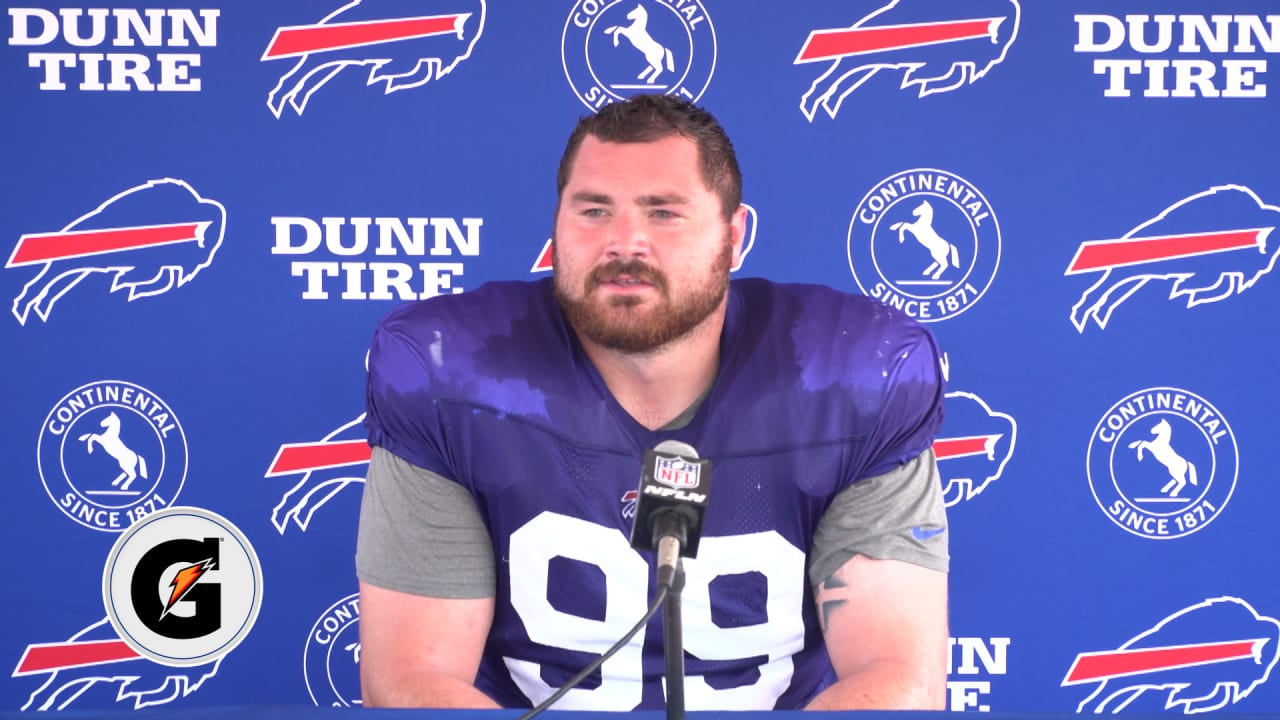 Finally it seems like Bills defensive tackle Harrison Phillips can put his injury behind him from 2019.

During the Bills week three game against the Bengals two years ago, Phillips tore his ACL and missed the rest of the season recovering from surgery. A year ago at this time, he was still focusing on the rehab part of getting ready for the 2020 season. Now, he can dial in on other aspects of his game.

“This offseason feeling a lot more healthy. My knee’s kind of allowed me to get my body in a place where I feel like it can move a lot better, more explosive, you know real stout in the run but as you see the game’s changing to everyone’s gotta have a solid pass rush in order to play in this league and affect offenses,” Phillips said after practice on Monday.

“Really just focused on a lot of power stuff, Olympic style lifts, get my lower body as strong as I possibly could. I think I put on a couple pounds of muscle and just trying to get myself in the best position to help this football team.”

This is a big year for Phillips not just in terms of what his body can do, having the injury in the past and getting back to where he was before it, but also because it’s a contract year. This is the final year on his rookie deal so Phillips has something to prove.

But just because he’s a former third-round pick, his roster spot isn’t a lock and he knows that.

“Everyone understands the business and kind of does that counting game but we’re so early on and there’s preseason games left to be played and you just gotta put your best foot forward every day,” Phillips said.

The talent on the Bills defensive line is loaded with talent now after they put an emphasis on improving their pass rush. It’s a crowded room now and the competition there is a big position battle to watching as the preseason and the rest of camp goes along.

Phillips is also competing for playing time behind the likely starters of Star Lotulelei and Ed Oliver with Justin Zimmer and Vernon Butler Jr.

The Bills first preseason game is this Friday, on the road against the Lions, the first chance these guys really get to go full speed.

“Everyone kind of has that threshold of where they wanna pull it back at practice, you know is it two yards away from the quarterback, three yards away from the quarterback, four and you know in certain players’ heads they’re saying I would have got there if we were live and maybe coach says no you wouldn’t have so all those kind of questions are taken away once you are able to really go live,” Phillips explained.

“Even when we’re in the thud period, me specifically if I’m looking at a running back as he’s running like a perpendicular collision I’ll never want to thud a running back in that sense because he could fly and hit somebody’s knee, you know that type of thing where in a game you can make it clear you are making those plays.”