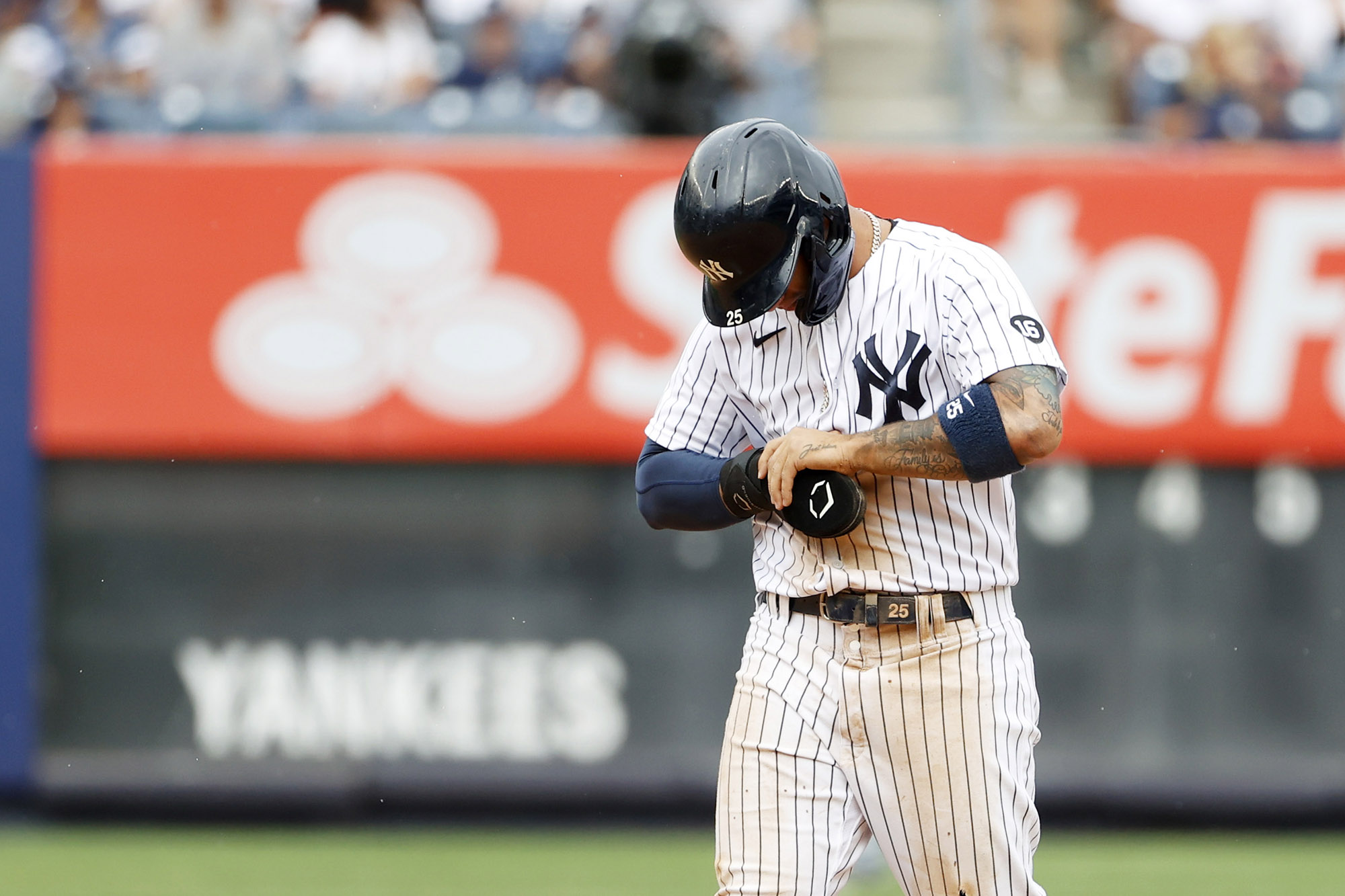 Gleyber Torres became the latest Yankees star to land on the injured list Monday after an MRI revealed a left thumb sprain, the team announced.

Torres hurt the thumb by diving into second base on a fourth-inning steal attempt in the Yanks’ 2-0 loss to the Mariners on Sunday at Yankee Stadium. Torres remained in the game until the ninth inning, and manager Aaron Boone said that he was “a little concerned” by Torres’ discomfort.

In corresponding moves, the Yankees recalled right-hander Nick Nelson and signed infielder Andrew Velazquez to a Major League contract, selecting him to the 26-man roster from Triple-A Scranton/Wilkes-Barre. A roster spot was open after right-hander Luis Gil was returned to Triple-A following his start on Sunday.