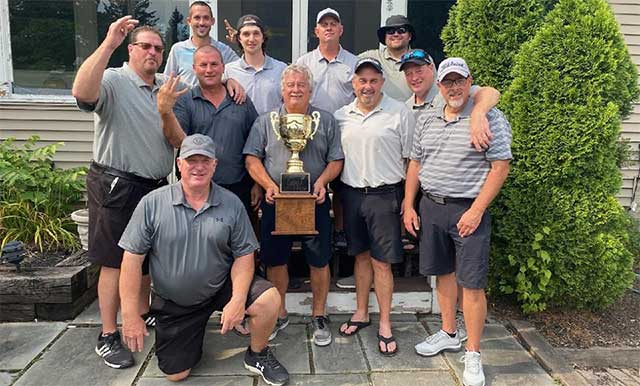 This year’s matches featured 9 holes of alternate shot followed by 9 holes of best ball. After the first round alternate shot matches, Silver Creek opened up with a commanding 4.5 t0 1.5 lead after winning 4 of the 6 matches and halving another. The 2nd round matches we won in equally convincing fashion by the hosts who again won 4 of the 6 matches and halving another. The final tally was a 9-3 victory for Silver Creek in a competition that was never close from the start. Since the inception of the northern Seneca County golf competition in 2002, Seneca Falls had dominated winning the first 13 straight meetings. Recently, the tables have turned. After Silver Creek won the Canal Cup for the first time in 2019, they haven’t been eager to give it up. They followed up the win in Waterloo in 2019 with a win at SFCC and now will hold the Cup into the summer of 2022.