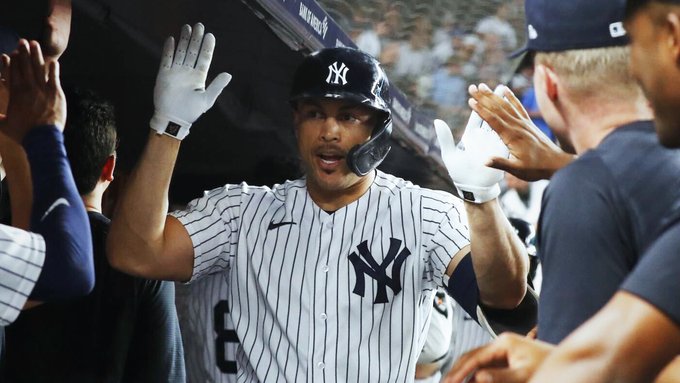 At this rate, Anthony Rizzo might work his way into the American League MVP Award race — and eventually Monument Park.

OK, so neither of those things will be happening anytime soon, but Rizzo continued to make his presence felt in his first week with the Yankees, helping spark Wednesday night’s 10-3 win over the Orioles at Yankee Stadium.

Rizzo’s fourth-inning solo home run seemed to wake the Yankees’ bats, which had gone hitless against Matt Harvey through the first three innings. Rizzo became the first player in Yanks history to record an RBI in each of his first six games with the club.

Facing a 3-0 deficit in the fourth, the Yankees scored twice in the inning, then tied the game in the fifth on DJ LeMahieu’s RBI single, the first of four RBIs for the second baseman. New York broke the game open with a five-run seventh, a rally highlighted by Giancarlo Stanton’s three-run double.