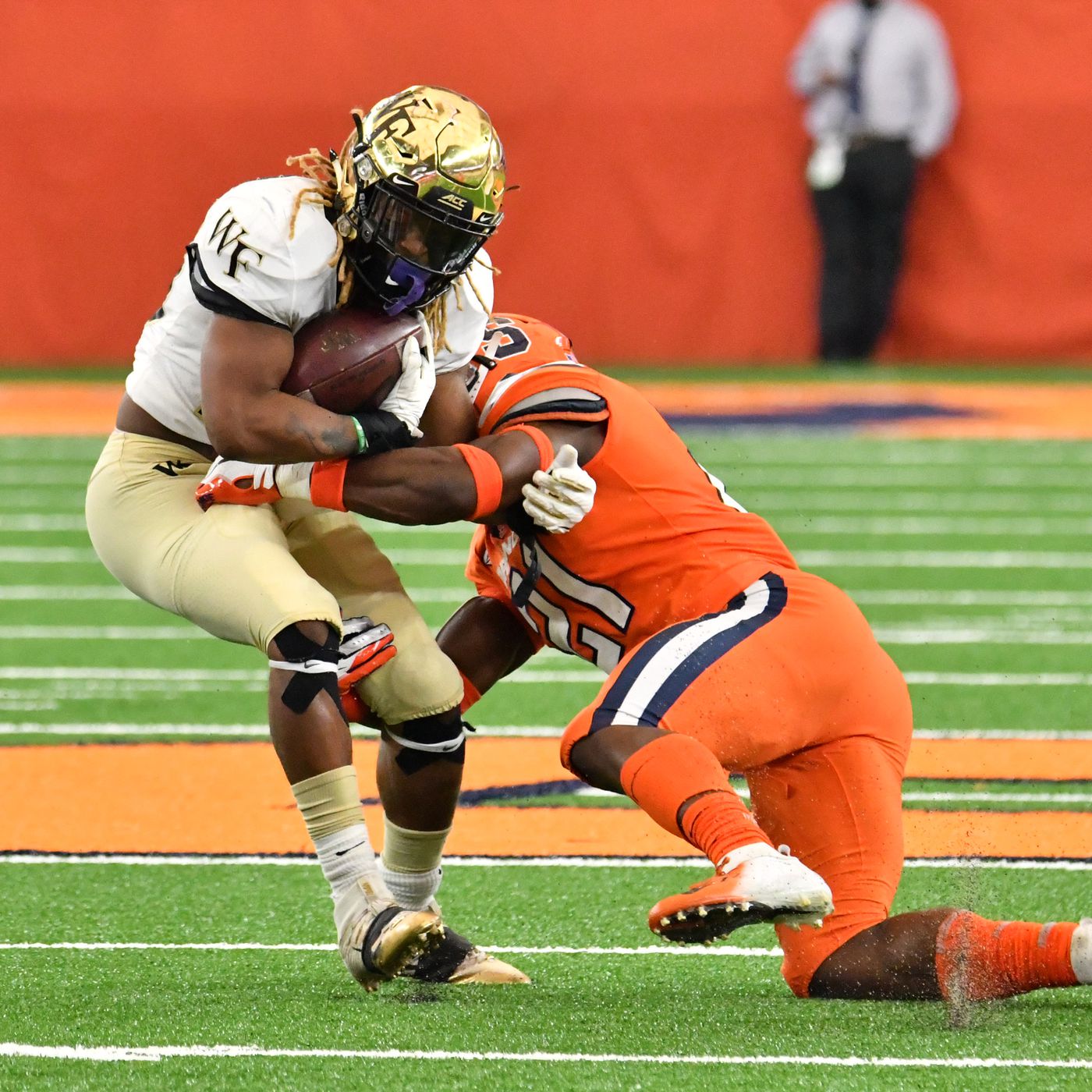 We finally have an updated roster for the Syracuse Orange football program about a month out from the 2021 season. And to little surprise, there are some changes included.

Most notable are the absences of three previous scholarship players. As (potentially) expected, linebacker Lee Kpogba is no longer with the program after being suspended indefinitely back in February. He logged 43 tackles for Syracuse last year, including two TFLs.

Defensive end Drew Tuazama is also no longer with the program, while wide receiver Russell Thompson-Bishop is not included on the roster either. By our count, that knocks Syracuse down to 82 scholarship players (?), which includes the seven super-seniors — a surprising development in some respects given the extra class that’s theoretically on campus right now.

Speaking of, the freshman have all been added to the roster now too, including numerous walk-ons. Among the new frosh walk-ons:

SU’s also added Lehigh grad transfer Erik Slater on the defensive line. He recorded eight tackles and two TFLs during the Mountain Hawks’ three-game spring season earlier this year, and has 58 tackles and 15.5 TFLs in his career (during which, he perhaps appropriately wore No. 44).

And last but not least, no Ja’Tarie Washington in this roster update. Latarie Kinsler’s brother was a high school standout before getting injured, and was poised to join the program as a walk-on. No indication about what’s happened there and if Washington will wind up at SU at some point in the future now.