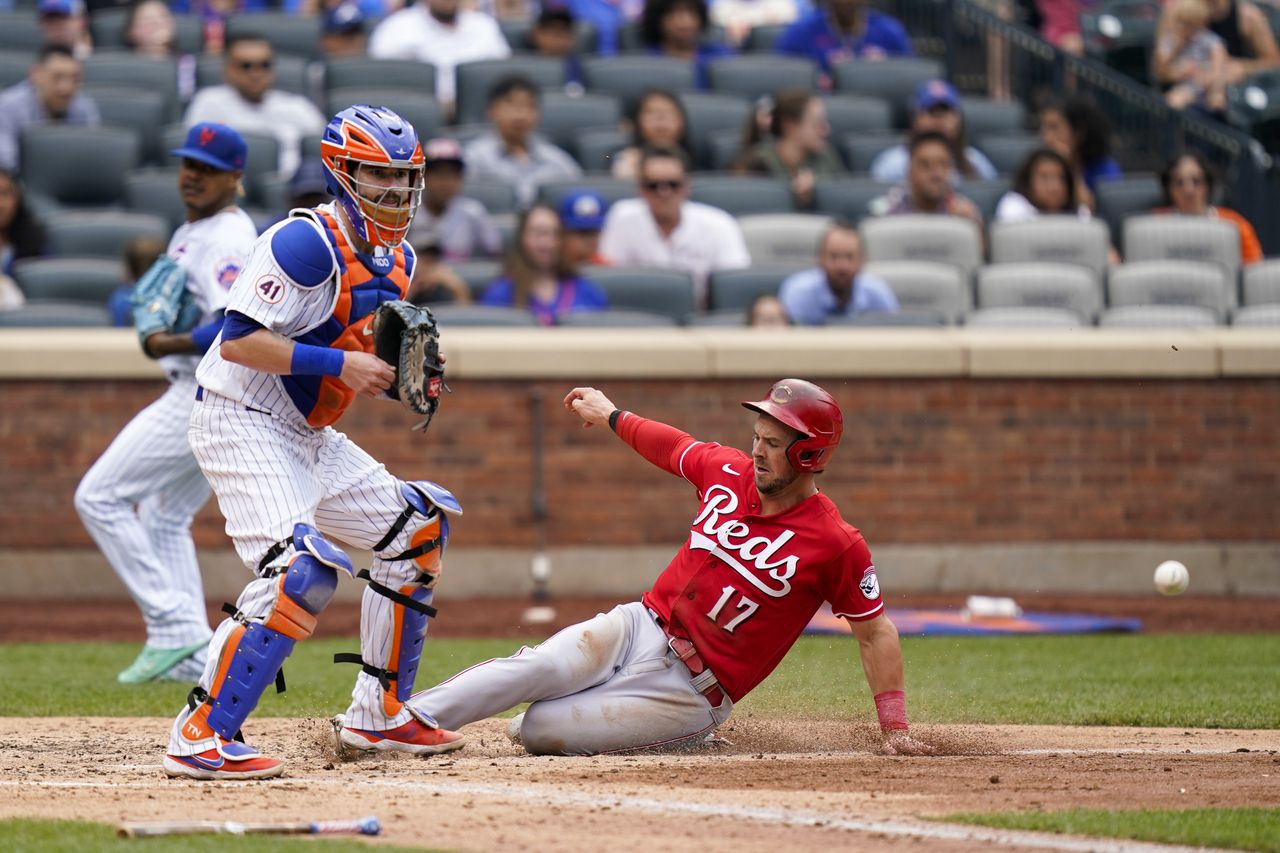 The Mets are nearly two-thirds of the way through their season, with the post-Trade Deadline landscape stretching out before them. They’re in first place — and have been for more than 12 consecutive weeks. But they have also been a sub-.500 team for the last seven of them, leaving the door significantly ajar for other teams to catch them.

This weekend provided the latest example of the Mets’ inconsistencies. After walking off the Reds on Saturday night, New York dropped a lackluster 7-1 game to Cincinnati on Sunday to lose the three-game series at Citi Field. Since topping out at 10 games over .500 on June 16, the Mets (55-49) are four games under the breakeven mark.

They’ve also barely lost any ground in the division over that stretch, thanks to similar issues in Atlanta and Philadelphia.

Sunday’s loss became a reality in the sixth inning, when Marcus Stroman allowed three hits and a walk over a six-batter stretch. Miguel Castro relieved him and proceeded to walk the next two batters in succession, including opposing pitcher Vladimir Gutierrez with the bases loaded.