Anthony Rizzo homers in his debut as Yankees beat Marlins, 3-1 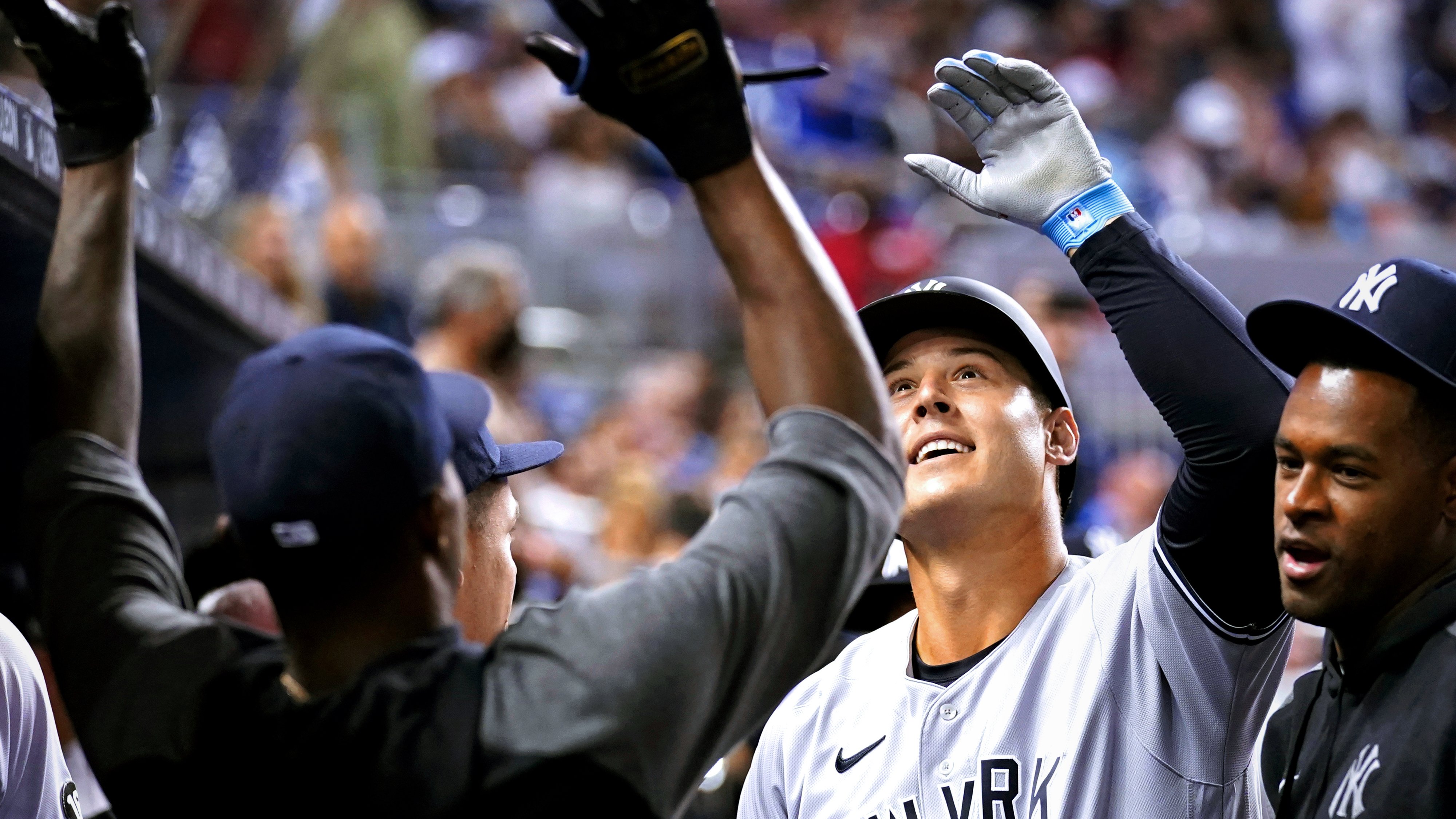 When the Trade Deadline passed on Friday afternoon, the Yankees felt they were a better team after acquiring first baseman Anthony Rizzo and outfielder Joey Gallo. Later that night, in his first game as a member of the Yankees, Rizzo made his presence felt in a 3-1 victory over the Marlins at loanDepot park.

Rizzo went 2-for-3 with a walk and two runs scored in the game. His first hit as a Yankee came in the sixth inning against right-hander Zach Thompson. Neither team had scored when Rizzo came to the plate and swung at a 1-0 pitch, hitting a mammoth shot over the right-field wall. The blast traveled 449 feet, per Statcast, and gave the Yankees a one-run advantage.

Rizzo was acquired from the Cubs for two prospects on Thursday in a busy Trade Deadline for the Yanks.

Rizzo was front and center again in the eighth inning. After Aaron Judge was hit by a pitch thrown by left-hander Richard Bleier, Rizzo singled to left field. With right-hander Zach Pop on the mound, Rizzo and Judge came around to score on a single by Rougned Odor, giving the Yankees some necessary insurance runs.

Right-hander Jameson Taillon was the beneficiary of Rizzo’s presence, pitching 5 2/3 scoreless innings with five strikeouts. Taillon has become a reliable starter for the Yankees recently; in his last seven starts, he is 6-0 with a 2.13 ERA in 42 2/3 innings.