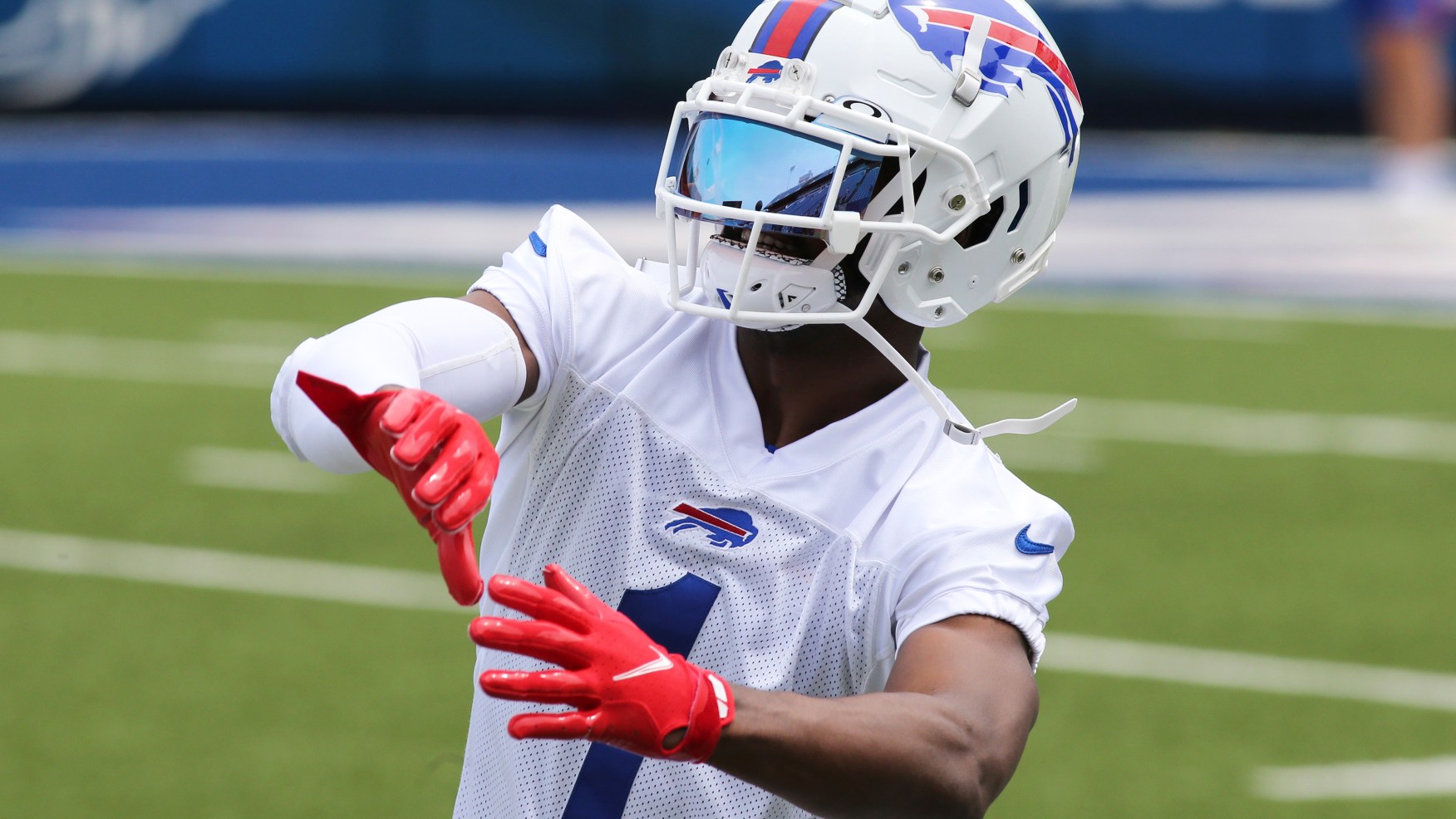 Being a veteran like Emmanuel Sanders, there isn’t much he hasn’t seen during his NFL career but during day two of Bills training camp, something made him stop in his tracks.

“The past two practices have just been amazing, see the offense, the defense, playing with Stef and Bease and Josh. I mean Josh made a throw today that I haven’t seen like a post ball to Cole it was crazy like mouth dropping. I’ve been in the league 12 years so you know I’m excited about what they’ve created out here,” Sanders said after practice on Thursday.

That play came during the portion the media can’t shoot so reporters do not have any video of it but here is the play from the team:

“That throw just in terms of just the zip on his ball, the accuracy and the catch by Cole it was just a beautiful play,” Sanders said.

Sanders is really the only big change to the Bills wide receiver room and the offense in general after he signed with Buffalo in free agency. Not only does he bring that versatility with the ability to play both inside and outside but also that veteran presence.

“I’ve been around some Hall of Fame guys and one thing about me is I always say that if you ever want to be great at something you look at the people that are great at it. I’ve studied the way that Peyton Manning has become a pro and DeMarcus Ware, Ben Roethlisberger all these guys, Antonio Brown so I feel like that’s me. I show up and I just try to do the right thing and try to be an example and if I see something that’s wrong obviously I’m gonna say something about it but I just wanna be an example,”Sanders explained.

This wide receiving core has come a long way since Sean McDermott and Brandon Beane first took over. They went from having one of the worst wide receiver rooms to one of the best. They almost have too much talent at the position which obviously is a good problem to have after ending third in the NFL in passing yards per game and second in yards per game.

And Sanders seems to be fitting in just fine so far not only meshing with Allen but Stefon Diggs as well.

“He’s a dog, he’s a dog, I love everything about him, he’s a dog. Definitely a high energy guy, he gets the guys going and I’m kind of the same way. I feel like we’re built from the same cloth so it’s gonna be a fun year,” Sanders said.

After going to three Super Bowls and winning one, Sanders knows what a winning culture and sustaining success in this league is like.

“And that’s every team’s goal is try to win a Super Bowl every year but in some organizations they’re kind of rebuilding, just trying to figure it out but this isn’t one of those organizations. We know exactly what we’re aiming to get and we’re working to try and attain it.”