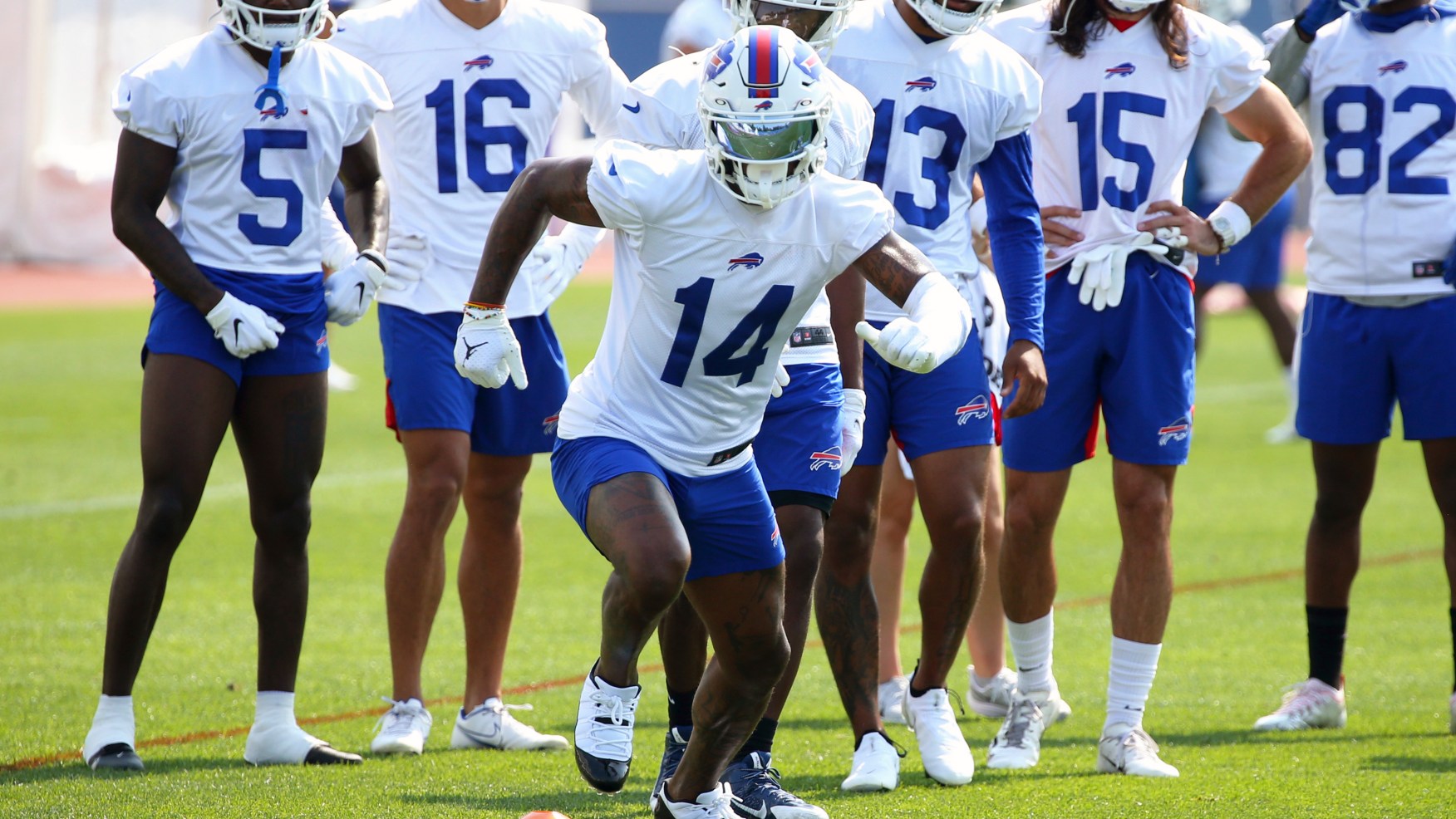 Expectations for the Bills are the highest they’ve been in decades after a season that saw this franchise win its first division title since 1995 and make the AFC championship game for the first time since 1993.

Now the focus is on taking that next step but the Bills know the slate is wiped clean for everyone, regardless of what they did last year.

“Trying to keep it humble. We went from a team that was a huge underdog to people got a target on your back. And that’s just how it works when you win games. So as far as I see, welcome to struggle, you welcome to challenge and I look forward to it,” Bills wide receiver Stefon Diggs said on Wednesday after the first training camp practice.

A huge reason for the Bills success last season was because of the steps quarterback Josh Allen took in his third season in the NFL. Along the way he broke multiple franchise records by completing evolving this passing attack and with it developing great chemistry with Diggs in his first year with the Bills.

But if you ask anyone in this organization they’ll tell you they fell short of their goals in that loss to Kansas City in the AFC title game. One of the lasting images from that game was Diggs on the sideline watching the Chiefs celebrate making a second straight Super Bowl.

“I gotta focus on a training camp. You know, we play the Steelers first and we’re focused on that, but definitely something in the back of my mind that I won’t forget. But it’s a team that we’ll see often, especially if we an AFC, so we’ll play them again. You know, not nothing that I’m holding on to too close. But anybody who knows me, I don’t forget anything,” Diggs said.

Even after Diggs led the NFL in catches with 127 and receiving yards with 1,535 he still points out things he wants to work on with Allen.

“We had a little bit of success today as far as like going off script. You have you have plays that are designed to you know, work, they work just fine. And then you got some plays that are football plays. And Josh Allen is a football player not only just a quarterback, a guy that, you know, a guy it’s kind of hard to describe a guy that just drops back and does everything but a guy that can go off script and make those throws and, you know, play a little bit of backyard football or, you know, extended play, you know, so a guy like that that you want to take that next step when you know certain things that we didn’t do,” Diggs explained.

“I feel like we didn’t hit the deep ball well enough. We were pretty good intermediate. But as far as like hitting the deep ball consistently, you know, me being where I need to be when I’m supposed to be there. And him trusting me. So continue to grow that relationship, we had a lot of success. But you know, every year is a new year. And I want to take another step for him as far as like being the best.”

This Bills wide receiving core has come a long way since even the first year Sean McDermott and Brandon Beane took over. Back then they were trying to make it work with guys like Kelvin Benjamin, Zay Jones even Jordan Matthews was a “big name” at one point.

While it was a revolving door at the position during the early portion of this regime, they’ve put a huge emphasis on building this wide receiver room to the point where they have almost too much talent, a good problem to have. This is going to, once again be a position battle to watch during training camp of who will get that last spot on the roster at the position.

But it’s pretty much the same faces when it comes to wide receiver. The only big change they made is releasing John Brown and signing Emmanuel Sanders who can provide versatility with his ability to play both outside and inside. Not to mention he brings his playoff experience having been to three Super Bowls, winning one.

“That’s awesome, that helps your team. So for us, especially on the receiver end. There were some games where as far as like, you know, we had some guys injured or we have whatever it is, whatever the case was. And I feel like he’s a guy that’s, not only going to fill the void, but definitely gonna play a key role on this team. So I’m heavily motivated. I’m just happy to have him and you know, I look forward to working alongside him.”

The Bills also return Gabriel Davis looking to build off of an impressive rookie season, a guy Diggs has high praise for.

“I try not to put too much pressure on the young guys. As far as like a guy like Gabe he handled himself extremely well, as a professional. He knew that he had success, he handled success,” Diggs said.

“He’s a humble kid, he’s a kid that works extremely hard. And it’s something I look forward to him as far as like taking that next step as that next step, and the next jump into his year, too. I tell them that all the time.”