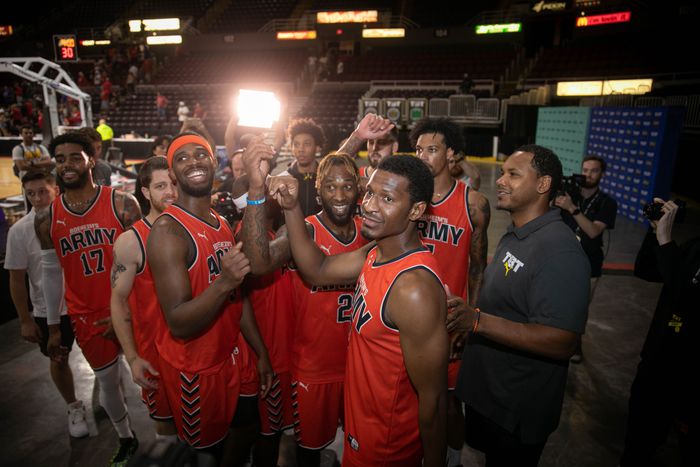 Boeheim’s Army topped Always A Brave 69-54 in the third round of The Basketball Tournament. With the win, Boeheim’s Army advanced to the quarterfinals in Dayton where it will face the Golden Eagles.

Chris McCullough led Boeheim’s Army with 19 points on 7-11 shooting with seven rebounds and two blocks. He scored six of the eight points during the Elam Ending. Keifer Sykes added 10 points and three assists while Eric Devendorf and CJ Fair each had seven off the bench.

Darrell Brown Jr. had 16 points, six rebounds and two assists to lead Always A Brave, a team of primarily Bradley alums. The game was played on Bradley’s home floor, and the crowd was clearly partisan. That seemed to cause both teams to play with some extra energy.

The game was physical and chippy early, and remained physical throughout the game.

We’re going to Dayton baby! Final score 69-54, see you in the Elite 8 🍊 pic.twitter.com/stifMZcWnv

See you in Dayton 🍊 pic.twitter.com/pQjT6o9fJu