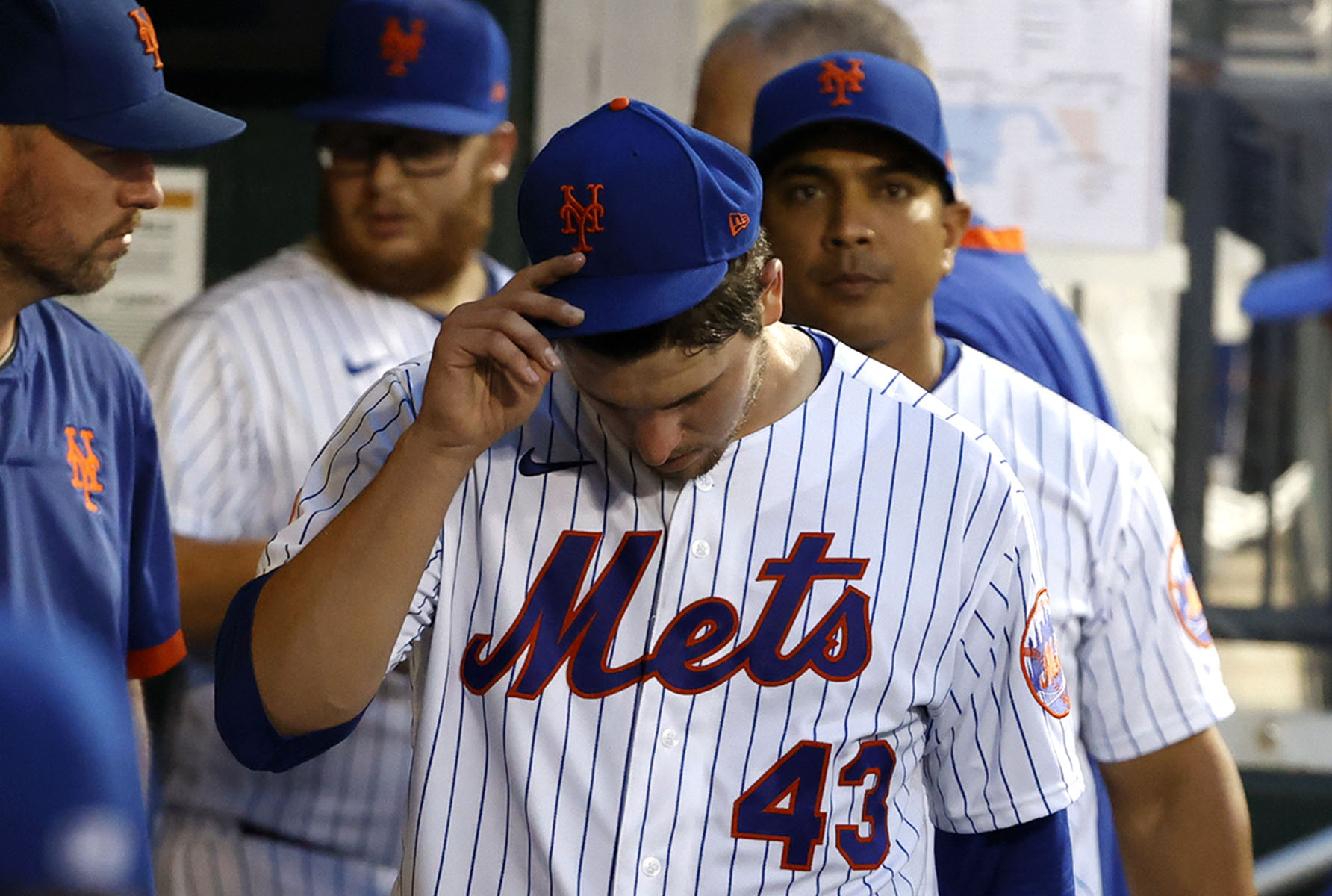 The Mets’ only connection to Tuesday’s batch of Trade Deadline rumors was their reported removal from consideration to acquire Max Scherzer. As a buzzy day of rumblings — Scherzer to the West Coast? Tyler Anderson to the Phillies? Joey Gallo to anywhere? — came to a close, the Mets found their roster mostly unchanged.

That’s not to suggest inaction on the part of the front office, which still expects to add at least one arm prior to Friday’s Deadline. But the longer that process takes, the more the Mets will have to rely on pitchers they did not expect to use in meaningful second-half games. Tuesday, it was Jerad Eickhoff, who allowed 10 runs before the Mets could take a breath in a 12-5 loss to the Braves at Citi Field.

Already twice designated for assignment by the Mets this season, Eickhoff returned earlier this week on a new Minor League deal — his third with the organization since December. The Mets knew they had rotation openings on both Monday and Tuesday, and they understood the likelihood that they wouldn’t acquire a more prominent starter before having to fill them. So when Tuesday morning dawned, Eickhoff received the call.

It did not go how either party envisioned. After throwing 11 of his first 17 pitches outside the strike zone, Eickhoff allowed a two-run double to Dansby Swanson in the first inning, a two-run homer to Ozzie Albies in the second and another two-run shot to Abraham Almonte in the third. Desperate for innings after using seven relievers in Monday’s doubleheader, Mets manager Luis Rojas had little choice but to stick with Eickhoff for as long as he could go, despite the early struggles. But shortly after Austin Riley hit a first-pitch grand slam to make it 10-0 in the fourth, Eickhoff’s night was complete.

His final line included seven hits, five walks and 10 earned runs, making him the seventh pitcher in Mets history to allow at least that many in a game — a group that includes such greats as Johan Santana and Al Leiter, and now Eickhoff as well.